Reflections on a Leeds vIMC 2020 session

OMS is spotlighting sessions from virtual conferences that took place earlier this year. If you’d like to reflect on your virtual session, send an email to caroline.batten@ell.ox.ac.uk.

In previous years, the Leeds International Medieval Congress resembled nothing as much as a medieval pilgrimage: thousands would flock to one location, often already meeting fellow devotees to their subject on their way there. This year, however, the congress had to be adapted to the challenges of gathering safely during the pandemic: the rooms, sessions and entire infrastructure had to be translated into and adapted to an online format. This included “our” session “Boundless Devotion: Female Spirituality across Borders Organizers”, organized by Clarck Drieshen (BL) and Godelinde Gertrude Perk (Oxford), with papers by Louise Campion (Warwick), Lieke Andrea Smits (Leiden), Orsolya Mednyánszky (John Hopkins), and Godelinde, and moderated by Laura Saetveit Miles (Bergen), held on Tuesday the 7th of July.

While not presenting their texts virtually, women readers and writers in the high and late Middle Ages likewise creatively translated and adapted (elements of) texts to new audiences and contexts. The medieval rhetorical term translatio encompasses a wide range of practices: translation into different languages, exposition and adaptation, and carrying across a text into a different semiotic system or semantic domain. In this blogpost, we reflect more broadly on common themes in our papers: what role does adaptation play in medieval women’s religious literature? What constraints did the adaptation process entail for these readers and writers, and what opportunities did it offer them?

Louise: One of the most remarkable aspects of Mechtild of Hackeborn’s Booke of Gostlye Grace is its author’s adaptation, or perhaps even amelioration, of imagery that deals with Christ’s suffering and crucifixion. The Booke does not feature a single full-length image of the bleeding Christ during the Passion, and instead insists on reframing the divine wounds in altogether different terms. There are, for instance, numerous instances in the Booke of Mechtild suggesting that Christ’s wounds do not drip blood, but are instead studded with copious red jewels. Indeed, Mechtild’s focus is not divine suffering, but rather the joy of forging a connection with him; the overriding note of Mechtild’s text is not sorrow, but optimism. This adaptation/amelioration of the imagery of wounding is especially apparent, I have found, in the domestic imagery that runs throughout the Booke. In one instance, Mechtild is suffering from a headache, and Christ shows her his wounds and asks her which one she would like to reside in, before explicitly inviting her to rest within his heart. Remarkably, Mechtild gives no indication of how Christ came to acquire these five open spaces in his body, and once she enters the shelter of the Sacred Heart, she finds her head to be filled with silk pillows, where before she had felt sharp pains. This hugely creative adaptation/amelioration of the imagery of the crucifixion and Passion is unusual for a female mystic of this period, as many women religious focus emphatically on the pain endured by Christ. 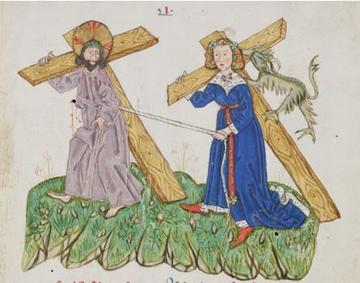 Lieke: In my paper I focused on the tradition of spiritual role-play, in which Christ and the devotee are assigned various roles for imaginary interactions, such as a bridal or doctor-patient relationship. Starting out as a wide European phenomenon in Latin texts by and for men, religious women provided an important stimulus for the translation, creation and adaptation of ‘role-play scripts’ in the vernacular. An early and interesting example of this is the 13th-century treatise Dat Boec der Minnen (The Book of Love), which was read by religious women in the German and Middle Dutch language areas. It discusses different roles in a systematic and sequential manner for the first time by listing 11 roles in which God lives and works in the soul, starting out as guest and culminating in the guise of bridegroom. While Latin texts on spiritual role-play often assume a high level of spiritual education on the part of their readership, this treatise offers various levels of complexity to the reader, guiding her from the stage of beginner to a state of mystical experience. It adapts the practice of role-play to cater to the demands of a new, female audience. As such, the book offers its readers a powerful tool for spiritual self-development. This session encouraged me to reflect on how adapting a practice to a new audience can spark creativity and innovation. 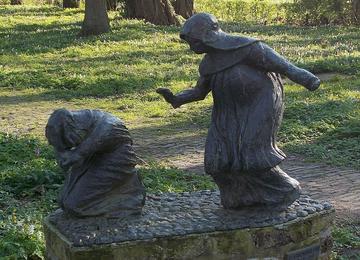 Godelinde: My paper explored the translation of psalms in the Diepenveen Sister-book. Sister-books are female-authored collections of biographies by, for, and about medieval nuns and women committed to living a nun-like life (freelance nuns, if you like). This Middle Dutch Sister-book originated from the Modern Devout convent of Augustinian canonesses regular at Diepenveen (the Netherlands). It adapts one of the Penitential Psalms, Miserere Mei, from a (semi-)liturgical context to a private devotional one. On the verge of death for weeks, a Sister, Ghertruut, is dying in the infirmary, surrounded by her fellow Sisters. The dying Sister physically performs the Psalm and translates associated prayers into the vernacular; the narrator, however, minimizes the role of the dying sister by making the other sisters translate as well, including the ones reading. As adaptation theorist Linda Hutcheon contends, adaptation involves not only transcoding of one work into another, but also creatively interpreting and claiming the source text, as well as an intertextual dialogue between the two works (7-9). Consequently, the session invited me to consider how adaptation opens up a hybrid space for hearing a polyphony of voices. However, the Sister-book also infuses both the adaptation and the adapted work with anxieties about female sins of the tongue. It raises the question “who gets to adapt”, revealing how medieval adaptations can enrich modern adaptation theory. 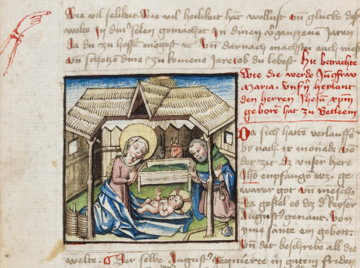 Orsolya: My talk explored the adaptation of one of the most important meditational texts, the Vita Christi (attributed to the Augustinian hermit Michael de Massa), to religious women’s needs in the fifteenth century. The Vita Christi was translated into Mosel-Frankish around the 1430s, likely for a reformed convent in the Mosel-Rhine. From this region, it quickly disseminated through the networks of observant convents as far as St. Gallen in the south and Nuremberg in the east. These manuscripts, known as the Leben Jesu, bear the material evidence of how nun scribes laboured to adjust the text to their dialect and devotion. The liberty to do so, I have shown, derived from contemporary approaches to translation, on the one hand, and the very genre of the meditational text, on the other. The Leben Jesu only offered a framework of meditation, and as such, it did not only allow for but explicitly encouraged personal modes of contemplation. Contemporary readers understood this intention of the work and deliberately capitalized on it. Besides the various degrees of alteration to the text, the extensive Christological image cycles that decorate the pages of these codices reveal late medieval religious women’s’ preoccupation with transforming this meditational work for their spiritual necessities and tastes. 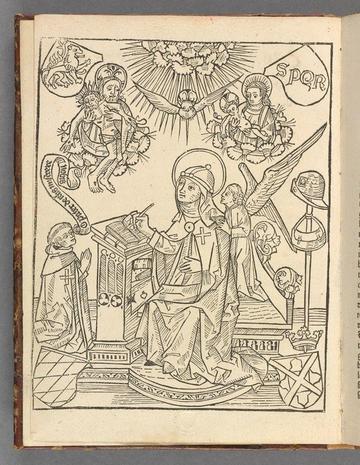 Conclusion
Adaptation enabled or invited women to develop new emotional experiences, forms of spiritual expertise, roles in their communities, and religious text and imagery based on personal or communal preferences. In adapting texts, then, they transformed contemporary expectations about gender and literature. By translating across linguistic and media boundaries (i.e. into vernaculars and from images to text or vice versa), medieval women writers and readers not only created new texts; they also enriched their vernaculars, suffusing it with resonances of Christ’s Incarnation as the Word.

This session partly emerged from “Women Making Memories: Liturgy and the Remembering Female Body in Medieval Holy Women’s Texts”, Dr Perk’s MSCA-IF project at the Faculty of Medieval and Modern Languages at the University of Oxford. This project receives funding from the European Union’s Horizon 2020 research and innovation programme under the Marie Skłodowska-Curie grant agreement No 842443. 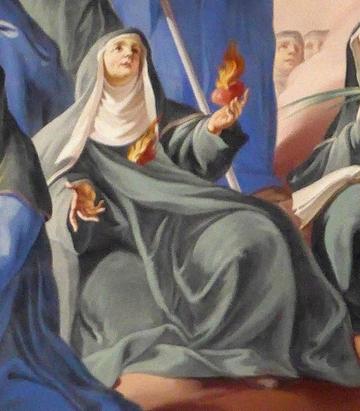