Call for Papers: Deciphering the Uncertain 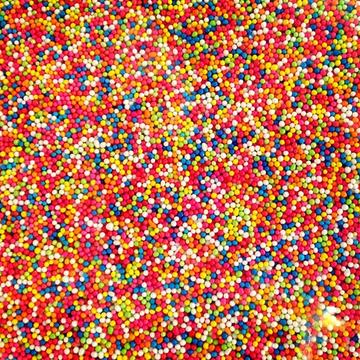 Deciphering the Uncertain: Sociological and Epistemological Aspects of Divination in Early Text Cultures

The two-day conference aims to present a comprehensive, comparative appraisal of the structural features underpinning a human universal concern, uncertainty. This concern was commonly expressed in early text cultures through divinatory practices. For the purposes of this conference, divination will be understood as an activity devoted to uncovering the hidden significance of events and signs, with the latter being either directly observed in nature or deliberately obtained. We intend to broaden the widely accepted concept of divination as the mere act of foretelling the future. Such mantic activities may include, but need not be limited to, communication with transcendent realities conceived both as divine beings or as universal cosmic order.

Our investigation will focus on early text cultures, defined as pre-modern cultural contexts whose mantic practices can be reconstructed through the aid of written texts and archaeological material. In particular, we are keen to explore the importance of texts such as divination manuals, almanacs, oracular procedure and prescriptive texts, divination records or archives, and the close correlation between transmitted and excavated sources.

In this regard, our main references are La divination. Études recueillies, edited by A. Caquot and M. Leibovici (Paris, 1968), which offers an account of divinatory activities in a wide range of both ancient and modern societies; as for what concerns the socio-epistemological dimension of the mantic practice, we mainly refer to Divination et rationalité, edited by J.P. Vernant (Paris, 1974) and Divination and Prediction in Early China and Ancient Greece, by L.A. Raphals (Cambridge, 2013). More recent studies on divination focussed either on specific issues (Divination and the Interpretation of Signs in the Ancient World, edited by A. Annus, Chicago 2010) or on a limited geographical area (Coping with the Future: Theories and Practices in East Asia, edited by M. Lackner, Leiden-Boston 2017) and an over-arching perspective on mantic practices has not been provided since the publication of the above-mentioned volume edited by A. Caquot. However, in the past few decades, new archaeological and palaeographical sources have made it possible to reconsider several aspects of divination. For instance, the discovery of inscriptions related to the socalled shuzi gua 數字卦 (lit. “numerical divinatory symbol”) has significantly contributed toward a new understanding of yarrow stalk divination, whilst the emergence of lots from the Greek sanctuary of Dodona shed new light on how queries were addressed to the oracle and on the oracle’s response.

We already cover China, Rome and Etruria, Greece and the Celts, and our confirmed key-note speakers will be Professor Robert Parker (Oxford) and Professor Bernhard Maier (Tübingen). We are looking for contributors on the surviving corpora available for Mesopotamia, ancient Egypt, Israel, pre-modern Islamic areas, ancient India, Japan, as well as Medieval Europe, covering the Slavs and the Germans.

Participants are invited to consider the following questions:

The event will be held in Oxford on 24th-25th June 2019 at the China Centre, University of Oxford.

We welcome up to 500-word proposals for 45 minutes talks which should be sent to domenico.giordani@sjc.ox.ac.uk and flaminia.pischedda@pmb.ox.ac.uk by 26th April 2019.

We expect a monograph or a special volume on a journal to emerge from the conference discussion, conceived as an up-to-date, cross-cultural overview of divination in early text cultures. We are ultimately looking to make a decisive contribution in the field of religious and socio-cultural studies, ideally constituting both a useful tool for advanced scholars and a general reference for those who are approaching this area for the first time.

The conference is sponsored by the AHRC-TORCH Grad Fund, Pembroke College, the Centre for Manuscript and Text Cultures at Queen’s (CMTC), and is supported by the China Centre, University of Oxford.