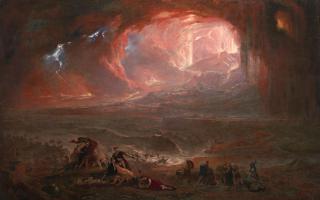 Romanticism and Eighteenth-Century Studies Oxford – a research network hosted by The Oxford Research Centre in the Humanities – invites proposals for a one-day interdisciplinary conference to be held at Oxford University on 18 June 2016 on the subject of ‘Imagining Apocalypse’.

The conference aims to bring together academics from across English, History, Theology, History of Art, and Music to reassess the numerous responses to the idea of apocalypse produced during the long eighteenth century (1660-1830).

Possible topics might include, but are not limited to:

Please email abstracts of no more than 250 words to Catherine Redford no later than Sunday 28 February 2016 along with a short biographical note. Proposals for roundtables and panels, as well as traditional 20-minute papers, are welcome.