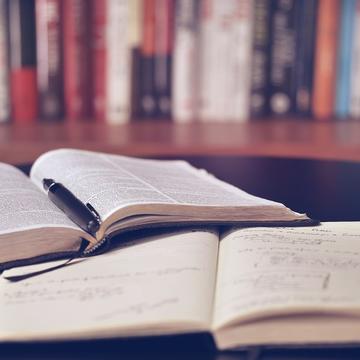 The label ‘wisdom literature’ has been a focus of contemporary scholarly debate centring on issues of categorisation and definition. In particular, its application to Mesopotamian texts has recently been problematised (cf. Lambert 1996: 1-2; scholarship overview in Cohen 2013: 8-12). This conference will explore whether and how similar questioning should lead us to rethink the traditional and deep-seated applications of this label to the so-called ‘wisdom books’ of the Hebrew Bible (Proverbs, Job and Ecclesiastes) and to Greek texts (such as Hesiod, Theognis and Phocylides). Another problem deserving consideration is the juxtaposing of other labels such as ‘advice’ and ‘didactic literature’ to the tag ‘wisdom literature’. This eventually takes us to the central issues of the status of ‘wisdom literature’ as a genre, its oral origins, and its perception and circulation in antiquity. It is with the aim of bringing these problems to the surface, and reframing the debate about them, that this conference intends to approach ‘wisdom literature’.

Focus and aims of the conference

With this postgraduate conference we aim at exploring and dissecting the intertwining of literary and religious elements in texts that are normally labelled as ‘wisdom literature’. The Pseudo-Phocylidea was the work that inspired this conference, as ‘in the dynamics of its textual interactions, the poem evidences what may be called a principle of dual referentiality, integrating elements from two distinct referential fields, the literature of Hellenistic Jewish morality and the literature of classical Greek poetics’ (Wilson 2005: 14). Indeed, we seek to investigate whether and how, in general, a dual religious-literary referentiality is a constitutive aspect of those texts traditionally considered as ‘wisdom’ texts. We are interested in looking at how this integration embodies the ‘cumulative’ character of wisdom, and we finally aim to consider how such an approach can contribute to the debate concerning the status of ‘wisdom literature’ as a genre.

To foster discussion on these themes, we invite papers that explore the integration of religious elements and literary echoes in wisdom texts dated from the Ancient Near Eastern Civilizations to Late Antiquity, while engaging with the definition and application of the label ‘wisdom literature’. We are particularly interested in contributions that reflect on cross-fertilisation and transcultural influences.

The aim of the two-day conference is to create a fruitful and synergic environment for debate by bringing together postgraduates and early career researchers from across the UK and abroad working on, or interested in, ancient wisdom literature. Speakers will receive detailed feedback from advanced academics, and attendants, getting insights from experts in a range of fields of study, which will broaden their own perspective on ancient wisdom and its literary products.

Suggested fields and topics include but are not limited to:

We invite postgraduate students and early career researchers (within three years from PhD completion) to submit proposals for twenty-minute papers. Each paper will be followed by a personalised response from an advanced academic with research interests in wisdom literature, and a plenary discussion. In order to facilitate the response and discussion, delegates will be asked to circulate their papers in advance to both the respondent and the organisers of the conference. Selected papers will be considered for publication in peer-reviewed proceedings.

Abstracts of no more than 300 words for twenty-minute papers and a working title should be sent to reframing-wisdom@kcl.ac.uk by Sunday 10th February 2019. Please include also full name, affiliation and contact information.

Small bursaries will be available for speakers travelling from outside of London as partial contribution towards accommodation and travel costs.