Call for speakers: Cold War and the Arts 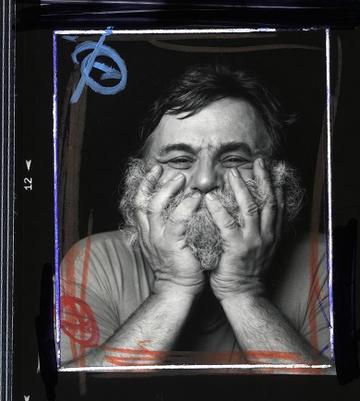 We are looking for researchers, academics and curators interested in engaging in a roundtable conversation about the relationship between artistic creation and politics during the years of the Cold War. We intend to explore the role played by artists in the wider sense of the term – including painters, sculptors, writers and musicians – in the political discourse of the time, and the way their works reflected socio-political contexts, directly as well as indirectly. We would like speakers to give a 15-minute presentation on any aspect of their research connected with the Cold War and the arts. This will be followed by a roundtable discussion in order to facilitate exchange and dialogue among the participants.

The event is organised in conjunction with the Ashmolean’s exhibition A. R. Penck: I think in Pictures (28 June – 3 November 2019). Rejected by the East German authorities for the decidedly un-academic style of his works and their political overtones, the Dresden-born artist A. R. Penck (1939 – 2017) persisted as an ‘underground’ autodidact in what was then the GDR. With the aid of friends, his works were smuggled to West Germany, where they were exhibited for the first time in 1968 in Cologne. A highlight of the exhibition is the large-scale painting Edinburgh (Northern Darkness III) created in 1987 and visualising Mikhail Gorbachev’s attempts to differentiate between rationality and irrationality within the Eastern system.

If you are interested, please send a title and short abstract (200 words max) to Federica Gigante at federica.gigante@ashmus.ox.ac.uk by 15 July 2019.