From 23rd-26th November 2016, Callaloo (the Journal of African Diaspora Arts and Letters) held its 40thAnniversary Conference at Pembroke College.

Founded in 1976 by its editor, Charles Henry Rowell, Callaloo is a journal sponsored by Texas A&M University and College Station and published five times a year by John Hopkins University Press in Baltimore, Maryland. Callaloo was originally devoted to the literature of the Black South, but today the journal focuses on the literature and culture of the African Diaspora. Callaloo, says its editor, serves "to exhibit, preserve, critique, and promote African Diaspora literary and visual culture."

The Callaloo Conference was created in 2007 for the sole purposes of bringing together creative writers and academics to discuss issues about the work they produce and the environments and concerns under which they work. This year, panels ranged from a discussion of Stuart Hall as exemplar of ‘the black intellectual in the African Diaspora’ to analyses of the ‘History of Callaloo’ and reflections on ‘Callaloo and the Fine Arts’, also showcasing readings by a range of major poets and prose writers.

Below, postdoctoral scholar Annie Castro and second-year undergraduate Elizabeth Oladunni reflect on the panels they attended.

Reflecting on Callaloo’s Past and Imagining Its Futures

The Callaloo conference officially opened Wednesday evening with a series of short presentations delivered by a distinguished and distinctly trans-Atlantic roster of creative writers and scholars.

After a warm welcome from TORCH director Elleke Boehmer, Margo Crawford (Cornell University) delivered an impassioned and lyrical statement on the significance of Callaloo's 40th anniversary, and more broadly, about the value of Black letters and criticism across the diaspora, an assemblage of intellectual and artistic interchange that she called "a diaspora without a center." Crawford's praise of Callaloo and its founder who was in attendance, Charles Henry Rowell were echoed by Vievee Francis (Dartmouth University) and LeRonn P. Brooks (Lehman College, City University of New York), who culturally contextualized the journal using Rowell's statement that Callaloo was "a journal of necessity" at the time of its 1976 creation and today, equating creative rights with civil rights.

The focus of the evening then turned to a conversation between Anthony Bogues (Brown University) and UK filmmaker John Akomfrah regarding his documentary The Stuart Hall Project. Akomfrah talked about the ways in which the Jamaican-born Hall, one of (if not the only) person of color on 1970s British television strictly for his cultural commentary, served as an integral model for a generation of Black intellectuals in the UK and beyond. Akomfrah also revealed that Hall was at first resistant to what he saw as the simplicity of film, preferring open-ended conversations to narrative closure.

The interview was followed by short meditations from Joan Anim-Addo (Goldsmiths, University of London), Nicole King (University of Reading) and Hortense Spillers (Vanderbilt University). Each scholar noted the critical legacy of Stuart Hall in academia and wider culture along with the persistent need for more representation of Black intellectuals in the mainstream media and in universities.

Spillers also praised Callaloo as a “living project” for Afro-diasporic cultural production rather than a “museum of effects,” collapsing the division between the journal’s past and present, and setting the stage for conversations about the journal’s future at the final round table on Saturday morning.

The conference’s closing gathering began on a note of levity as Dagmawi Woubshet (Cornell University) prompted those present to sing happy birthday to Callaloo. Throughout the conference, such celebrations of the journal and its creative writing workshops served to augment the urgencies of Black creative and scholarly works like those facilitated by Callaloo in the wake of the dangerous political climate across the globe. As Vievee Francis asserted, now is the time to dig in and insist on our own importance to the world at large.

Hermine Pinson (College of William and Mary) urged the audience to work towards securing Callaloo’s financial endowment, while Robert Reid-Pharr (City University of New York) pushed for an increase in multilingual work, the publication of Africanists and digital archiving. Reid-Pharr was echoed by Jean-Paul Rocchi (Université Paris-Est Marne-la-Vallée), who extended this to consider how Callaloo, which he called a “context, not just a text,” could also operate through digital platforms.

Ebony Bailey (The Ohio State University) considered how we can bring the principles of Calalloo such as a connection between creative and scholarly practice into academic pedagogy, and during the Q and A, Howard Dodson suggested holding Callaloo-specific panels at larger conferences such as MLA and AWP in order to grow the journal’s reputation. Finally, Charles Henry Rowell expressed that he was “deeply moved” by the love for Callaloo expressed throughout the conference, and implored those present to seek out ways to raise money for the journal’s future functioning.

Anne Margaret Castro is an Andrew W. Mellon postdoctoral fellow in Literature of the Black Americas at the University of Oxford.

Friday, November 25, Day 3 of the conference. I had been to an event earlier in the conference so I knew to expect something brilliant. However, if I had paid more attention to the programme, I would have known to set my bar that bit higher - the line-up was amazing!

The first piece was by Janice Harrington, extolling the art of Horace Pippin. I was schooled on pain of war, and even more, that the manifestation of that pain was expressed through art. Not only in the art of Englishmen like Wilfred Owen, or Siegfried Sassoon, but also in the paintings of African-Americans like Pippin. Harrington, in many ways, gave a voice to the art of Horace Pippin. Maybe that is what Callaloo is about, it gave a voice to black artists who had been silenced by institutional racism when southern journals refused to publish their work. And its work still continues as it continues to put black and African diasporic art at the centre of what it does.

Next came Nathaniel Mackey, former Chancellor of the Academy of American Poets alluring the audience with a mix of modernism and African-American influences in his poems. Doing more too, he paid homage to another great African-American writer, Wilson Harris. Further, Jacinda Townsend also read passages from her work, and exposed the breadth and capacity of the English language. I was awestruck by the sheer potential of what words could construct, and was challenged, in all honesty, to be a better writer.

Nevertheless, to my absolute delight came Gregory Pardlo, Pulitzer Prize Winner whose refreshing verses in Wishing Well and Double Dutch amused, excited, and at times put the audience on the verge of tears. Who could forget the lines from Wishing Well:

go but I feel bottomless and I know he means

well though I don’t believe

and I feel myself shaking

my head no when he means let go his hand.

Callaloo in Oxford was truly an unforgettable experience. The significance of seeing African and African-American intellectuals in one room – who were black like me –  inspired and challenged to work harder and strive to be better, because others had already paved the way. Perhaps that was what Charles Rowell envisioned when he created the Callaloo journal - a network of black intellectuals inspiring each other, and spurring the younger generation forward. 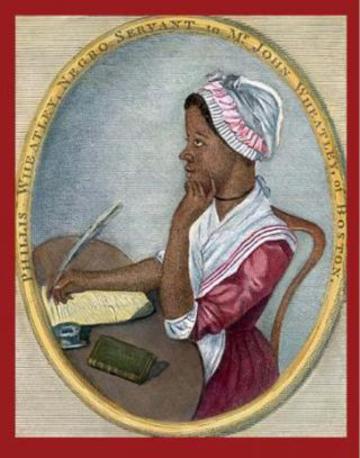