Care, at What Cost?

Questioning/Locating Caregiving Beyond the Institution

The word, used here many times, holds a shifting and changing meaning that has evolved amidst conversations in development literature, queer-feminist scholarship, amidst its practice by individuals and communities around the world, and within its transformative capacity for peacebuilding.

Care, among its many iterations, possesses an underlying core of compassion, love, and duty. In scholarly literature, it has more recently been presented as a ‘care diamond’, between the family/household – markets – public sector – nonprofit sector. However, what are the forms, spaces, and manifestations of care that have yet remained beyond the reach of scholarship, beyond the quantified confines of development narratives? Is there a cost to care that is immeasurable in terms of capital? Is there an alternative to our understanding of ‘cost’ that isn’t monetary; how can care be understood beyond the desire to socialize its costs, and what alternative exists to the paid-unpaid binary?

Historically, care has been duty for gender minorities and, in most cases, a choice for men. Most

care-workers (paid and unpaid) around the world are women. Global and national policies have attempted to incentivize and foster a greater share of ‘unpaid care labour’ being performed by men in multiple contexts – including, in 2009, the Commission on the Status of Women’s (CSW) prioritization of ‘the equal sharing of responsibilities between women and men, including caregiving in the context of HIV/AIDS’. However, as with most policy, little to no relief has reached women and trans folks in India, who continue to perform a majority of care and caregiving. Studies exist on the need to achieve feminist reimaginations of growth, yet seldom has caregiving been archived in its potential as an equally confining and emancipatory tool and process.

Consider the unit of the family, in some ways the extended metaphor for care. A 2018 study showed that only 2% of transgender people stay with their parents; the rest are left in varying states of a queer isolation, or hold a disproportionate burden of care, within the alienated populace. Queerness in the margins has thus evolved to find its own centrality of care: the structure of the gharana isn’t a hierarchy of dominance, but a family of caregiving – gurus, mothers, aunts, children. The tawaif, the devdasi, and the sex worker have all performed similarly skewed levels of caregiving throughout history, through forms, intimacies, and resiliences that have never been (and cannot be) quantified within development indices and metrics of growth.

These forms of care do not fall within the theorized ‘care diamond’ – which does not acknowledge the violence of the household, and the existence of non-traditional, non-biological family units, as well as care’s restrictive potential. Caregiving, in its institutionalized, formalized, and economic definitions, is an act of confinement. India’s Transgender Persons Act 2019, for instance, poses a paternalism which restricts the care of trans people to their biological families, or else threatens their imprisonment in ‘rehabilitation centres’ by court order.

The question thus is of the possibility of a disciplinary emancipation, one that incorporates care into our very lenses and structures of analysis and learning, alongside the social, political, and legal structures that govern care. It is in understanding the distinct dichotomy between the enabling and disabling of care.

What creates the contrast between caregiving as resistance by the Muslim women of Shaheen Bagh, and a Supreme Court that does not care for it? What contrasts the care provided by volunteer lawyers, who helped free detainees held for peaceful protests, and the nexus of the CAA-NRC-NPR that threatens statelessness and fosters anxiety among the country’s minorities? Can the law itself be a source of care?

Yet, as Sara Ahmed states in The Promise of Happiness, ‘Caring is anxious—to be full of care, to be careful,

is to take care of things by becoming anxious about their future, where the future is embodied in the fragility of an object whose persistence matters.’

There is thus, a need – in a sense, a desire – to reimagine care in terms of those fragilities which, to us, must persist. Perhaps the fragility of a democracy, of queerness, of anxious scholarship, of solidarity, as a critical lens for authoritarianism and resistive peacebuilding. It is a romantic’s notion that ‘care is the antidote to violence’, yet also a truth, a fixed and repetitive historical existence. There is a need to view the cost experienced by the performers of care, or rather, the alternative to ‘cost’. It begins with a question. What are these liminal, in-between spaces that their caregiving inhabits, between loss and gain, giving and receiving? How does care promote peace? How do we know if (and where) care exists? How do we care better?

The answers, if any, are only to be found by practicing this very care that we try to study – as scholars, students, and people. It finds its origin in a humble acknowledgment of the supremacy of the question: that it is within questions that care finds its home, and among those very questions, that we can hope to locate its many complexities – critically, kindly, bravely.

Q is a queer scholar from India, and an MPhil candidate at Trinity College Dublin. They study care, peace, and international law. They can be contacted at manivans@tcd.ie 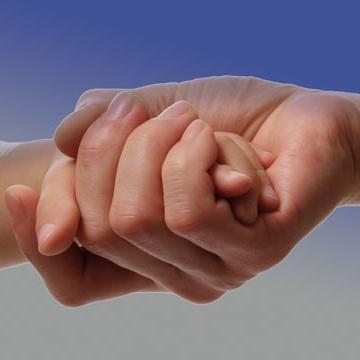