Channelling the Challenges of Chronic Illness: The Poetry of Susanna Blamire

Channelling the Challenges of Chronic Illness: The Poetry of Susanna Blamire

Born in 1746/7 at Cardew Hall, Carlisle, Susanna Blamire’s first years were spent surrounded by a loving family whilst living in relative comfort. That would change in 1754 – Blamire’s seventh year – with the passing of her mother. For reasons which remain unclear, the young Blamire would leave her father to live instead with her mother’s sister, the kindly Mary Simpson, in Stockdalewath, Cumbria. Experiencing tragedy at such a young age did not dampen her enthusiasm for life, nor did it stop her celebrating its beauty.

An accomplished dancer – also able to play both the guitar and flageolet – Blamire composed songs in Scots dialect and wrote poems which captured the lives of the people of Cumberland – often circulating them privately amongst friends or pinning them to oak trees for more public viewing. Compassionate, intelligent and effervescent, Blamire was considered an essential part of the Carlisle social season during its winter months, and her warm nature won her many friends and admirers.
Yet in 1773, at around 26 years old, Blamire suffered another blow with her first recorded bout of Rheumatic Fever. A serious inflammatory disease that affects the joints and heart in particular, these periods of fever left Blamire in crippling pain and bed-bound for months at a time. For such a sociable individual, adapting to this change was a difficult process, but with it came a resultant shift in the themes of her poetry. Always inspired by the rural landscape that formed the backdrop of her life, the plant imagery in her poems morphed into a new recurring motif – with comparisons being drawn between the burden of her physical suffering and flowers which begin drooping at the approach of death:

No emblem for myself I find,

Save what some dying plant bestows —

Save where its drooping head I bind,

And mark how strong the likeness grows.

(Written on a Gloomy Day During Sickness, Thackwood, 4th June, 1786)

Myself who tax the tenderness of friends,

And oft require their all-supporting aid,

Else, else this drooping, withering plant had long,

Had long ere this been mouldering in the dust.

Sweet April! month of all the year

That loves to shed the dewy tear,

And with a soft but chilly hand

The silken leaves of flowers expand;

Thy tear-set eye shall I ne'er see

[…]
And is the primrose dear to thee?

And wilt thou not give health to me?

See how I droop! my strength decays,

And life wears out a thousand ways

(A Petition to April. Written During Sickness, 1793)

With the passing years, the outlook of Blamire’s poems would oscillate between optimism and pessimism, but she would always call upon a higher power – often perceived within the natural world – to grant her a modicum of mercy and a new lease on life. Pulling inspiration from the cycle of the seasons and how the decay of winter would naturally give way to the renewal of spring, Blamire held onto hope that she would receive a similar blessing – that her frail body might be born anew. In one of her most famous works, Epistle to Her Friends at Gartmore, Blamire’s ability to see the light side of dark situations shines through. Using her signature conversational style, Blamire addresses her friends with talk of a new tea she is trialling to alleviate her symptoms – imported from far-off Newfoundland:

A medicine which I'd order'd me;

Its from the coast of Labrador,

Brought it to me for my rheumatics, —

And e'en in London had you found me,

You'd found a yard of flannel round me.

(Epistle to her Friends at Gartmore)

The poem provides a rich sense of how Blamire’s symptoms manifested in real-time: with mirth swiftly descending into misery as debilitating aches interrupt her thought-process. Yet her indomitable spirit ensures that humour is always close at hand, and so the image of the ‘yard of flannel’ around her head materialises – a reference to the profuse sweating drinking the plant, probably the bark of the Sassafras tree, would cause. Blamire also makes light-hearted mention of Sir Hugh Palliser, Commodore Governor of Newfoundland, as the source of this latest medication. Far from being the brainchild of the distant Commodore, however, the diaphoretic tea being tested may well have been Blamire’s own idea, knowledgeable as she was in medical science – trained by her older brother William, himself a skilled surgeon and later physician. Always intent on translating this medical knowledge into tangible practice, there is an exchange in the same poem which shows Blamire working with local people to provide tailored advice and remedies for their health problems. Nowhere is this reputation for successful medical intervention more explicitly stated than in the following lines:

Telling me how their household thrives;

For, you must know, I'm fam'd for skill

In the nice compound of a pill.
(Epistle to her Friends at Gartmore)

In a twist of fate, it may have been this desire to help those in need which hastened the deterioration of Blamire’s own condition. A descendent of Blamire, Christopher Maycock, suggests that repeat exposures to streptococcal infections, experienced whilst tending the sick, exacerbated the severity of Blamire’s case. As a result, her condition would only worsen with time, but on being advised to travel to the South of France for the sake of her failing health, Blamire penned an achingly poignant poem – O Bid Me Not to Wander – which captures her distress at the thought of being torn away from familiar surroundings. Blamire recognises instinctively that any physical benefit bestowed by the warmer weather of foreign shores would be outweighed by the psychological stress of leaving behind a country which holds for her so many happy memories:

O urge me not to wander,
And quit my pleasant native shore;
O let me still meander
On those sweet banks I lov'd before!
The heart when fill'd with sorrow
Can find no joy in change of scene,
Nor can that cheat to--morrow
Be aught but what to--day has been.

If pleasure e'er o'ertakes me,
'Tis when I tread the wonted round
Where former joy awakes me,
And strows its relics o'er the ground.
There's not a shrub or flower
But tells some dear lov'd tale to me,
And paints some happy hour
Which I, alas! no more shall see.

(O Bid Me Not to Wander)

Blamire’s instincts would prove prophetic. On Saturday 5th April 1794, she passed away in Carlisle, attended until the end by her devoted nurse, Dinah Monkhouse. Aged only 47, Blamire’s life may have been relatively brief, but she left behind a body of work which captures expertly the many conflicting emotions encompassed within that most isolating of human experiences: illness.

Laurence Sullivan is a PhD student at Northumbria University on the major Leverhulme-Trust funded project: Writing Doctors: Writing Health from the Eighteenth Century to the Twenty-First. His research focuses on literary representations of women who practised domestic medicine during the eighteenth century, exploring the role medical self-help played in society, and how women could be empowered by being given the means to take ownership of their own health. The life and works of Susanna Blamire form a core part of his thesis, whilst his research on Jane Barker and Tobias Smollett is forthcoming with both Manchester and Liverpool University Presses. His creative work has also appeared in a number of publications published by, or in association with, academic institutions like the universities of Kent, Yamagata, Arkansas at Monticello, and both the British Council and British Academy. 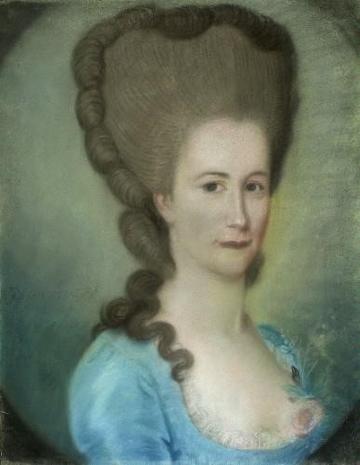