We are delighted to be welcoming Dr Chrissie (Christina) Steenkamp, Senior Lecturer in Social and Political Change at Oxford Brookes University, as a panellist in a workshop hosted by the Mellon-Sawyer Seminar Series Post-War: Commemoration, Reconstruction, Reconciliation, taking place on Saturday 10 February 2018. The ‘Museums and National Identity’ workshop is the first in our Monumental strand and will explore the role of museums and memorial sites, drawing cross-cultural comparisons, and investigating the relationship between post-war commemoration and national identity. Dr Steenkamp’s long-term interest in Peace and Conflict Studies, which is anchored in the geographical context of Northern Ireland, South Africa and, most recently, Lebanon and Syria, will surely inform and facilitate thought-provoking discussions throughout the day.

Her research focuses, in particular, on issues such as violent xenophobia, post-conflict violence, and the multi-layered and complex relationship between peacebuilding, organised crime, and post-conflict societies. In her two books Violence and Post-war Reconstruction: Managing Insecurities in the Aftermath of Peace Accords (2009) and Violent Societies: Networks of Violence in Civil War and Peace (2014) she scrutinises and challenges the notion that peace accords bring about a real and lasting peace. Instead, within the post-conflict context, and despite post-war reconstruction processes implemented by the state, she shows how certain forms of everyday (intrastate) organised violence is not only perpetuated, but how it also becomes increasingly acceptable. She argues that acceptance of everyday violence in post-conflict societies can be explained by examining the cultural impact of war, and from it, the resulting desensitisation and culture of violence.

Does this mean that post-war societies are inevitably more violent than societies which have not recently experienced violent conflict? What are the implications for (both official and vernacular) monumental commemoration activities in said societies? Where is the line between collective remembering as acts of commemoration and reconciliation on the one hand and collective remembering that results in acts of violence or hatred on the other? When does one become the other, and why? These are just some of the powerful questions that will be addressed during the workshop. 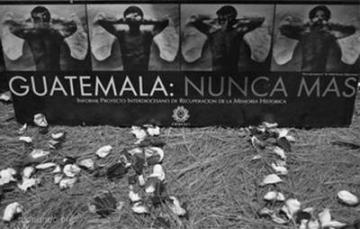