Climate in the History Curriculum

Reblogged from The blog of the Royal Historical Society

In September, Amanda Power spoke to the RHS Education Policy Committee about putting climate into the history curriculum. In this post for the RHS blog, which draws on that presentation, she considers how we might develop history curricula to integrate climate, and how we might begin to equip teachers and academics to meet this challenge.

As the effects of climate change and ecological collapse intensify around us, school children have become prominent among voices belatedly calling for change. They have grasped the implications for the future far more clearly than many adults. The school student-led Teach the Future campaign, for example, is asking us to ‘repurpose the education systems of the world, around the climate emergency and ecological crisis’. They call for ‘climate education’ so that they can understand the nature of what they and future generations will be facing, and can obtain the skills they will need to live sustainably.

Many teachers share these views. A crucial part of the Teach the Future campaign is for better teacher training, so that educators feel equipped to deliver a curriculum that would, in fact, ‘teach the future’. In universities, student groups are designing and teaching their own climate curricula, and organising interdisciplinary educational events with invited experts to deliver some of the content. This is impressive, but also rather an indictment of the existing provision – or not – of climate education.

The students’ challenge emphasises the importance of interdisciplinarity, but it would be easy to assume that such a curriculum could principally be delivered through the sciences and geography, where ‘climate’ is currently taught in schools and universities. In this post, I want to think about how we, as historians and teachers of history, might also respond to the legitimate, important and urgent calls from our students.

Scientists have demonstrated that climate change is anthropogenic, that is, caused by human activities. Geologists have recently ratified (by binding vote) the finding that from a stratigraphic perspective the planet entered the ‘Anthropocene’ era in the middle of the twentieth century. This means that by the 1950s, the human impact on the planet had already profoundly and permanently altered the earth system. Even so, the scientists themselves, together with policy-makers and the public, have not generally considered colleagues in humanities disciplines as necessary partners in formulating global analyses and strategies. But long and complex histories have shaped and entrenched our current predicament, preventing or slowing climate action, and seriously affecting the capacity of different regions and populations to adapt to the threats they face.

Understanding how things came to be as they are – the domain of historians – is essential for being able to think about how they might be different. Historians need to regain confidence in the fundamental and wide-ranging importance of our social role and to be able to instil the same disciplinary confidence in our students.

Historical teaching about the climate can both support a robust understanding of the climate situation, and help students develop skills to tackle it. ‘Climate education’ could therefore work in two main ways, responding to the students’ call for teaching better understanding and appropriate life skills. Here I am going to talk in general terms across secondary and higher education: any implementation would have to be considerably more tailored to the requirements of different age groups.

First, we can locate human societies in their wider environmental and climatic contexts, and examine how ambitious states and empires have been built on sharp social inequalities and increasingly unsustainable relationships with their surroundings.

Among other things, the intention would be to erase what remains of the old disconnection between what students are taught in the classroom about humanity’s advance over the centuries towards an affluent, technologically and socially advanced modernity and the grim realities produced precisely by our affluence and our technologies.

There are many ways to go about this. One might start by discussing historical climates. How has climate changed over recorded history? What have been the causes of these shifts? How do climate scientists gather and interpret historical climate data? What do archaeologists and historians contribute to this research? As well as introducing students to highly interdisciplinary work, there is the interest for them of arguing their way through an emerging field full of unresolved debates. This might include assessing the impact of environmental factors such as solar and volcanic activity on human societies: for example, the claim, based on recent ice core analysis supported by conventional textual evidence, that 536 was ‘the worst year to be alive’. How do these factors relate to the rise and fall of complex states; what forms of adaptation can be discerned and how should they be interpreted? What societal and environmental conditions make resilience more or less likely? There are already textbooks to support this teaching, while for more experienced students, there is the possibility of direct engagement with scientific papers.

Environmental and climate history and the environmental humanities are rapidly growing areas of research that seek to build a humanities-based analysis of our situation. Work in these fields examines relationships between humans, and the environments and ecosystems that we inhabit, including entanglements with non-human life: plants, animals, insects, microbes, pathogens and much else. The concept of the Anthropocene, particularly as explored in humanities disciplines, has opened up new ways of conceptualising long-term human impacts on landscapes, oceans and atmosphere. It is a tool for examining the costs and consequences of developments that tend to have been presented as largely positive – such as the heavy dependency of globalisation on the extraction and combustion of the earth’s stored carbon.

These approaches can be brought into teaching in a number of ways, but at the least, they can be used to broaden the questions students ask when researching and analysing a historical subject. They encourage reflection on resources, their acquisition, logistics and infrastructure, and the long-term impacts. Questions might then follow about how states and societies have managed the resulting depleted environments, and expanded their resource base – for example, through warfare, colonialism and slavery. These are the conceptual tools that will help students nuance their assumptions about human agency and think about how we have come to be where we are.

Second, we can respond to the call to help students to prepare to live ‘sustainably’ in a heating world. For all educators, this should be a deeply disconcerting request, and call to reflection, as indeed, it was surely intended to be. Many of us will already have had conversations on this subject with anxious students wondering how a history degree will help them inhabit an ‘uninhabitable earth’. Insofar as there is an answer, it is in part to insist on the importance of what we already do: teach critical and analytical skills, together with the power to formulate and express reasoned, evidence-based arguments.

Teaching in some areas, of course, already draws on histories of colonialism, migration, refugees, environmental disaster and adaptation to climate. However, we must start thinking more widely about the forms that these should take in relation to topics that have not, so far, adopted such approaches.

The scientific consensus leaves no doubt that humanity must either undertake radical changes or have them forced upon us. Navigating this situation in practice will require an ability to unpick current orthodoxies and envisage alternatives. This is something that many students already understand; they are asking to be equipped for it by their education. Current moves towards diversifying the subjects and perspectives in core curricula, together with decolonizing approaches to both content and methodology will be important here. The enduring violence of empire and the escalating violence of climate change are inextricably connected. Aspects of a possible ‘climate education’ could relate very closely to this work and support it to grow beyond equality and diversity initiatives.

THE CHALLENGE OF “PROGRESS”

We must also consider whether we are actively doing harm where we continue to teach histories around an implicit narrative of ‘progress’. While few of us would consciously teach ‘Whig’ history, the necessity to adopt clear organisational principles entrenches a chronological approach and a periodization in which the term to describe the years 500-1500 can be a synonym for ‘backward’ and ‘barbaric’, while the label “modern” implies innovation and advance. Students tend to value relevance, and to judge it by chronological rather than, say, thematic proximity to the present day.

Change over time, especially after ca. 1500, is often discussed through paradigms such as ‘development’ or ’emergence’. Yet if students who study history are left with the impression, however unintentionally, that the crises of the present day are the product of human achievement – objective advances driven by the world’s most developed, ‘free’, democratic and successful nations – it becomes very hard to for them to think clearly about the sorts of radical changes that will be needed for longer term human survival. We can see precisely this difficulty in contemporary failures of imagination around diverging from the fantasies of infinite growth on which today’s adults were raised. 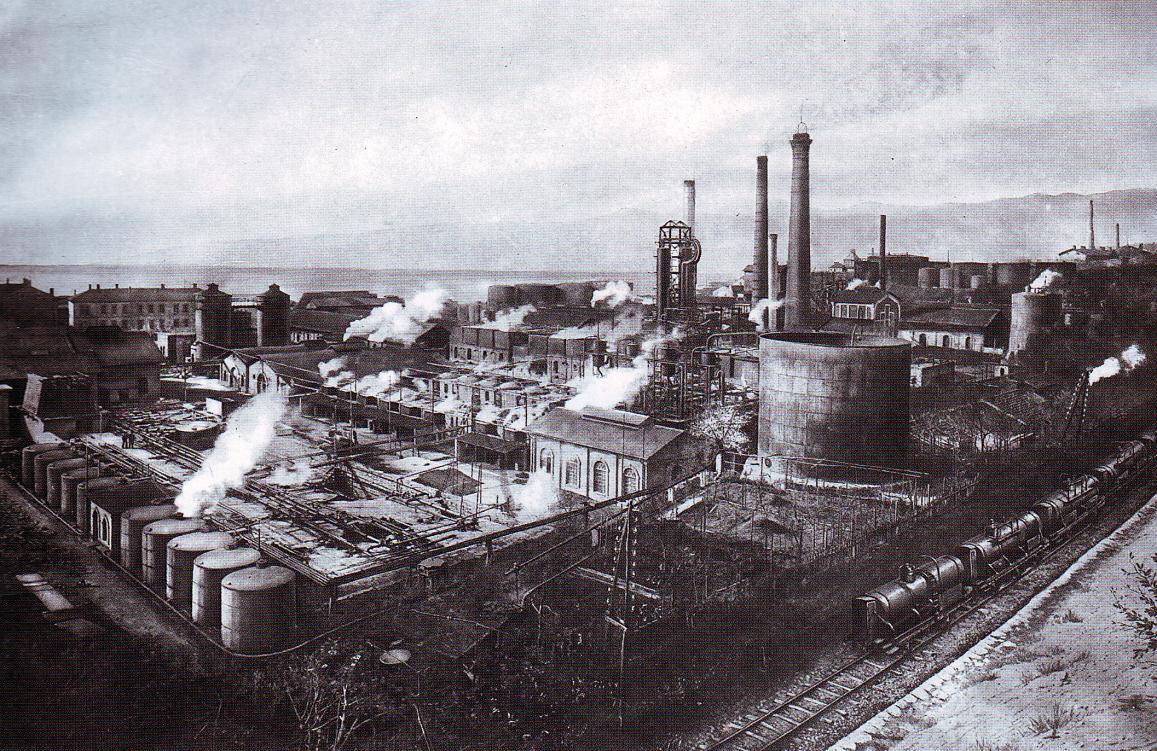 It might therefore be interesting – at least as a classroom thought experiment – to overwrite our current periodization with climatic regimes, not in a spirit of uncritical determinism, but to test the correlations between these regimes as they were variously experienced in different parts of the globe, and the specificities of human adaptation, towards the troubling point at which the changes become anthropogenic in their causes, and onwards. There is a more robust evidentiary basis for this than our present system, which ties the whole world’s history into a flawed European periodisation.

I’ve focused on outlining ideas that could underpin ‘climate education’ in history, but there are obviously very significant practical challenges to bringing them into the classroom. Few of us will feel equipped to teach in these new and interdisciplinary areas of research, and are generally short of time. This is why a call for relevant training for teachers is part of the students’ programme. This is another reason for improving ‘climate education’ at undergraduate level: to prepare future history teachers. In the meantime, it will be important to design accessible lesson plans for use in schools, and compile collections of resources from the many available.

In the first instance, extra perspectives and questions could be added to existing topics, such as the world wars, nation-building in early modern England, or the impact of colonialism in India, Soviet Russia, and the Cold War. The task is easier when it comes to undergraduate teaching, but the same process of introducing climate and environmental histories in the context of topics that are already being studied seems to work well. Even students who are unconcerned about climate issues tend to find this material interesting, recognising that it enables them to put together fresh arguments on the basis of cutting edge interdisciplinarity research.

Finally, an objection that is sometimes made to ‘climate education’ in the classroom is its potential to alarm and upset some students, while others are uninterested. This is a reason for doing it well, rather than for not doing it. Issues that dominate the news cycle and produce terrifying television; that are already impacting life, even in the UK, need to be addressed in classrooms, not ignored.

Dr Amanda Power is Sullivan Clarendon Associate Professor in History in St Catherine’s College, University of Cambridge. A historian of religion, power and intellectual life in medieval Europe, and in global medieval history, she is also working on new approaches to historical study that speak to the concerns of the mounting climate and environmental crisis. She is currently working on a monograph, Medieval Histories of the Anthropocene, which explores the relations between religion, power and the construction of public rationality in the building of medieval states across Eurasia. 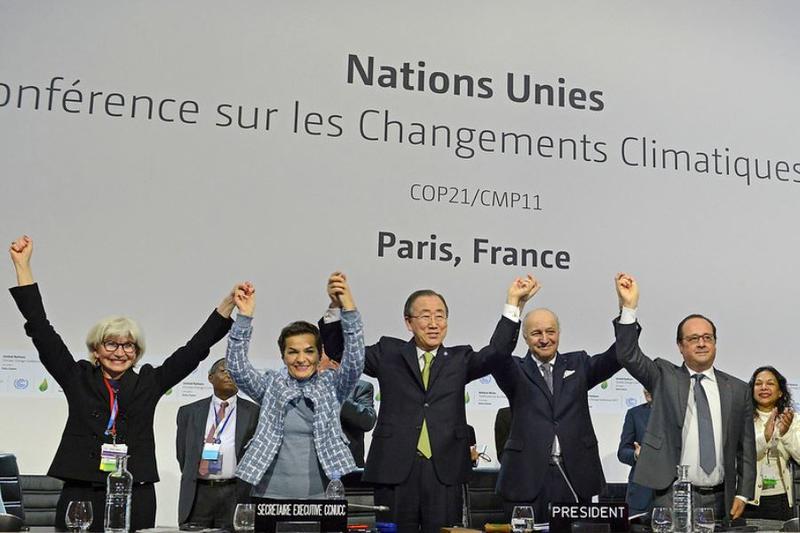