Co-authorship as a storytelling tool

The act of writing requires solitude. As much as one takes stock of complex people and things around her, tangled with life events, history or myths, it is eventually just her that spins all these into her web of writing.

There are many stories, life stories that are the beating heart of their eras and geographies, waiting to be told. Especially that of the ‘ordinary’ —underrepresented women with stories unheard of that are only used in the context of reinforcing prototypes or as a background for ‘grand’ stories. It is usually the case that these women do not pick up the pen and write down their stories, it is only through oral telling and retelling that we get to hear their stories, often prompted by an inquiring person in the second or third generation. It takes only one curious granddaughter to ask her grandmother about her life.

Was she always a grandmother?

Did she love once? Shed tears after a lover?

Why does she sing that song all the time?

In geographies riddled with upheaval and wars, women’s stories shed a light on parts of histories buried and forgotten. When it comes to unearthing herstories, even first names that one never thinks to question can be shattered. An intricate example is Turkish lawyer and writer Fethiye Cetin, who discovers in her book My Grandmother that her grandmother Seher is actually Heranus, born a Christian Armenian, adopted by the Turkish gendarme as her family was slaughtered in the Armenian Genocide in 1915. It is through her grandchild that we hear Heranus’ story and uncover the history and trauma behind it, which demonstrates that history is not a monolith to be taught at schools or a mere passage of time. It reinforces the belief that we can only get closer to understanding history through intergenerational storytelling as they are the first-hand experience and direct route to grasping a certain period.

The digital and collective memory archive project Onlyherstory sets out to do just that, giving a voice to the stories of ordinary women in Turkey, as told by their second/third generation relatives. These stories of deceased or senior women reveal significant clues as to the impact of socio-economic and political developments in Turkey in the 19th and 20th centuries. The women of Onlyherstory shed an intimate light on ever-present issues such as migration, domestic abuse, unaccounted labour and economic freedom, hierarchical dynamics of marriage and motherhood, and physical and mental health. These stories of women collectively told and shared spawn many other stories that meet at the intersection of identity, place of belonging or a sense of solidarity.

Therefore the concept of co-authorship can mean more than one author working on a paper. It can also encapsulate larger-than-life practices and ways of storytelling that give a voice to those who are unheard. Sometimes asking them one question and facilitating their narrative is more than enough to uncover what is forsaken. 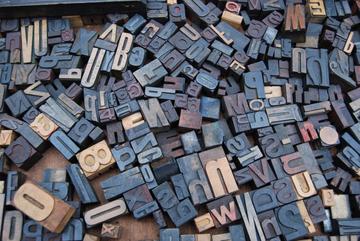