Conflict & Identity: confronting the past through education 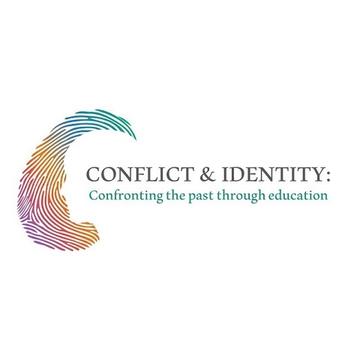 Exploring the role of history education in conflict-risk, at-conflict, and post-conflict societies.

Whether explicitly or implicitly, the humanities subjects have always played an important role in forming identity. Yet, in increasingly diverse societies and classrooms, the question of identity continues to pose challenges for pupils, teachers, textbook writers, and curricula developers alike, as well as for historians of education and childhood. This is especially true in communities where deep national, racial, or religious divisions exist, such as those enduring or emerging from conflict.

This two-day conference will explore the evolving relationship between conflict and identity. It will focus on how teachers and lecturers present history; how such choices shape identity; and how history education can be used for the purposes of promoting or undermining peaceful societies. Throughout the conference we wish to consider how dominant/minority/alternative narratives, memories, and cultural representations of history are used to mediate difficult pasts and create social cohesion. We will also consider the advantages and challenges of different approaches to historical learning, and we are particularly interested in papers that speak to the roles and effects of history education at various stages of conflict.

As well as research presentations, we invite academics to join us in a series of outreach workshops and round-tables with history teachers and A-level students, where we hope to create spaces of sharing, collaboration, and mentorship.

The conference is organised around three themes in order to identify and compare the role and usages of identity in history education at the different stages of conflict.  Below we offer the rationale for those themes suggesting possible topics and approached for submissions. We welcome papers from established academics, early career researchers, PhD and Master’s students and educators working in the fields of education, history, and social sciences.

The rise in global connectedness has been matched by a concerning increase in social segregation and intolerance. Income inequality, economic displacement, immigration, and forced population transfer have all contributed to ethnic, religious, and identity-based tensions, challenging national identity and exacerbating pre-existing prejudices. At best these tensions undermine social cohesion, marginalising certain communities and weakening trust; at worst they manifest as acts of violent extremism.

In the wake of the First World War, education with the explicit purpose of preserving international peace emerged from a newly professionalised group of teachers. The relationship between education and social cohesion has taken new forms in post-colonial Britain and France, and following the Civil Rights movement in the United States of America. History curricula initiatives such as Black History Month, genocide education, the emergence of anti-racism programmes and religious education have explicitly emerged to promote national unity and cohesion. However in other settings education has only served to intensify polarisation and can be seen as a precursor to violent conflict.

Papers speaking to the theme of “education in polarised societies” could address any of these questions, or other related topics:

Over the past 15 years education has increasingly been considered a vital component of humanitarian responses, providing at-conflict communities with stability and structure, offering child protection, and reducing psychosocial damage. Examples of education in this form included that which was provided in the Displaced Persons and Internment Camps across Europe in 1945-1948, during the Siege of Sarajevo in 1992-1995, and within official and unofficial refugee camps such as those run by the UNHCR or the Calais Jungle.

However studies which compare the efficacy or pedagogy of these humanitarian educational responses are limited. As history education is often regarded as political, and as an extension of the state, aid agencies are at times reluctant to engage in approaches which may be perceived as supporting the agenda of political actors in the exercise of state-building. In other cases, the education system, infrastructure and administration has been used to facilitate mass murder, both ideologically in the case of Nazi Germany and Apartheid South Africa, anddirectly in the case of the Rwandan genocide and Boko Haram in Nigeria. In Lebanon, the separate education of Syrian refugees serves to actively prevent integration into their host country.

Conflicts relating to identity pose particular challenges for educators, who must negotiate the violence and trauma surrounding their students’ experiences. Who is teaching and what is taught to children and youth during conflict is of vital importance and varies significantly between conflicts. We welcome papers addressing this theme and/or the questions below:

Societies can be considered post-conflict for generations after violence. In the immediate aftermath of conflict, formal and non-formal education structures are often destroyed, fragmenting communities and threatening educational inputs. Recovering states may suffer from insufficient funding and resources, insufficient qualified teachers, and students who are affected by war, sometimes including large numbers of youth without basic education and those who served as soldiers. The return of young people to school is often heralded as a ‘peace dividend’ and some societies have symbolically purged inflammatory textbooks to signal that reform has started.

In societies with a more distant memory of conflict, social relations and power hierarchies may still be strained. History lessons in particular may be either shunned or highly contested, yet are often considered by government and civil society as an important site of memory, reconciliation, and even forgiveness.
Whilst many have argued that a model for post-conflict education is unachievable due to the particularities of individual conflict settings, we hope to explore the role of identity andhistory education in post-conflict education. Textbooks and curricula can maintain existing social and economic power structures and norms relating to the role of 'the other', while educators must negotiate students pre-existing conceptions, national politics and the real possibility of trauma.

We welcome papers which explore how teachers and education systems have managed history and identity alongside the recent memory of conflict in societies past and present. Papers may address the general theme or one or more of the following questions:

To submit a paper proposal, please submit a 350-word abstract and a short biography by 22 June 2019.

Please email your submission as a single document to conflict.identity.conference@gmail.com