From the third century BC to the fourth century AD, the Nabataean people lived in Northern Arabia, Israel, Palestine, and Jordan. Evidence of their lives is most heavily concentrated in Petra, Jordan, which was their assumed capital city. While this city contains many traces of the Nabataean’s commercial and trading networks, the most significant evidence of their religious culture lies nearly fifty miles north of Petra, at the top of a 1000-foot-high ridge called Jebel Tannur. This is the site of Khirbet et-Tannur, and astonishingly preserved religious artefacts have been found here, which would originally have been used in the open-air sanctuary that stood on the site.

For her Fellowship, Marlena Whiting provided expert consultation on UNESCO’s plan for conservation of the temple, with a view towards opening the site to visitors. Marlena contributed to the long-term strategic plan for the site’s developments, and undertook visits to Khirbet et-Tannur to consult on the content and placement of tourist signs.

A substantial part of the Fellowship’s outputs involved producing educational and promotional materials about the temple complex, to inform visitors about the significance of the site and the artefacts found there.

Marlena’s work on this project led to her being awarded a Visiting Fellowship by the Council for British Research in the Levant. This allowed her to spend six months at the British Institute in Amman, where she continued to consult on the project and produce materials promoting Khirbet et-Tannur as a site for archaeological tourism. 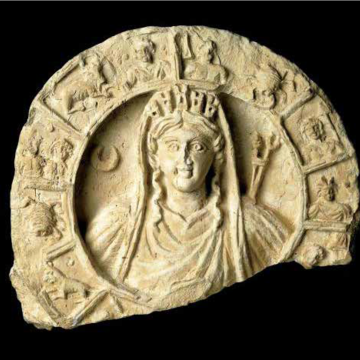