A new blog post from the TORCH Critical Visualization network

It is as an outcome of an exploratory workshop on Critical Visualization initiated by Pip Willcox and myself, and held in May 2016 at the Centre for Digital Scholarship that our network was conceived.

Opening the afternoon, everyone was asked to introduce themselves and gives us three adjectives or words that, to them, relate to the word “visualization” -  all in 30 seconds.
Having collated the list of those words, the words that resonate with “visualization” for our participants, I attempted to make sense of this list by finding some structure, by ordering, sorting them. I found myself intuitively grouping them physically (on post-it notes) in what I saw as thematic clusters. In thinking about visualization, I was actually already using visualization in three ways: as a tool to categorize and structure my data, as tool to explore the data and make sense of it, and as a tool to create and imagine the future beyond our exploratory workshop.

The outcome of this process is Fig 1. 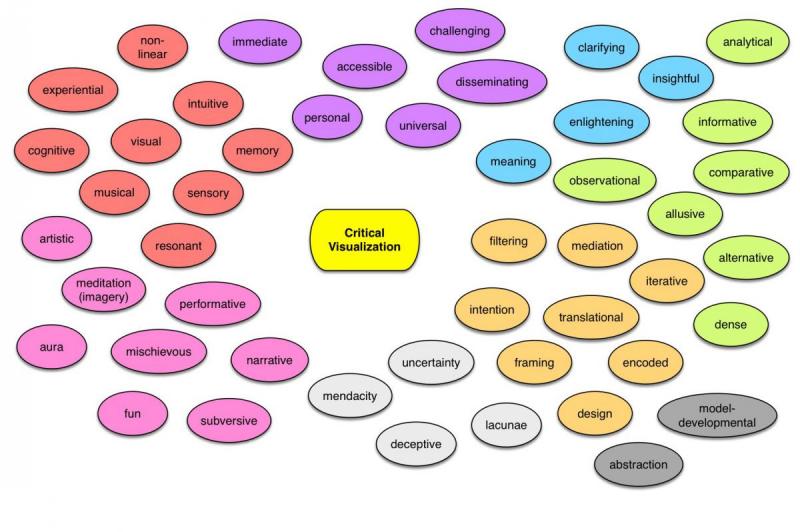 Figure 1. A preliminary map displaying the vast potential for developing a critical sense about visualizations, i.e., for exploring “Critical Visualization”. This collection of nouns and adjectives was gathered at the exploratory workshop, prompted as a response to the word “visualization”.  Please note: the colour coding and spatial distribution of the words in this figure are tentative, far from final, and subject to debates and changes.

The resulting “map” is of course hugely personal; it also doesn’t attempt to resolve contradictions, has no claims to completeness, and is in no way final. The intention was to create a concept map in order to identify potential directions of enquiry; and the tensions between some of those keywords already reveals some interesting axes of reflection.

Although we do not plan on sticking to this concept map too closely, it seems to have potential as a way to approach the visualization landscape.

In order to further optimize the use of the short afternoon we had together, we had also asked each participant to bring a maximum of 2 slides for them to talk 5 minutes on a visualization subject of their choice, we had actually asked for “short provocations”.
In very broad brushstrokes, the themes running through these provocations were : immersive-VR, believability, knowledge representation, memory, and uncertainty; representation, and simulation; immutable mobiles, objectivity, moral values, and transcription; compositionality, narratives, materiality, and intangibility; design, uncertainty, lacunae, and mendacity; accuracy, completeness, trustworthiness of visual perception, and selective attention; public engagement, storytelling, for what audience(s), and interactions; aims, and intentions; analytics, provenance of data, of analysis, of reasoning; critique and criticism, analysis and observation; performance, aura, and non-linearity.

Looking back at this event, now that our network is being launched, we see our map of figure 1 as an ever-morphing, ever-evolving map displaying possible avenues of exploration through the wide-ranging subject that is visualization.

It can be used as a reference to track subjects evoked; it can be expanded; it could also exist under different guises, with different spatial distributions and different colour attributions.

In short, a world of possibilities opens up, as much from a conceptual perspective as from a practical point of view. 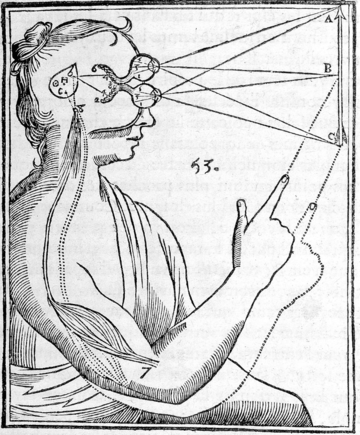