Dante Exhibition at the Ashmolean Announced 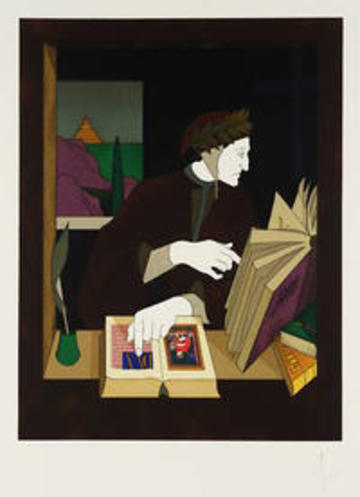 Dante and the Invention of Celebrity has been announced on the new exhibition schedule released by the Ashmolean Museum.

The exhibition runs from 17 September 2021 to the 9 January 2022 and will be located in Gallery 8, Lower-Ground Floor of the Ashmolean.

Personality cults; style icons; reality TV: these staples of our modern world have an origin. They can all be traced to the Divine Comedy, in which Dante (1265–1321) exposed the hollowness and hypocrisy of worldly reputation and power, and where for the first time the lives of ordinary people were dramatised on a world stage, with full exposure of their failings. And by writing a best-seller Dante himself acquired the status of an icon. For the very first time, an individual of no particular status became an international poster-boy for justice, liberty, and love. On the 700th anniversary of Dante’s death, this exhibition explores Dante’s influence on art and culture from his own time right up to the present. It includes works by Botticelli, William Blake, Salvador Dali and Tom Phillips RA; and new work by the world’s first AI artist, Ai-Da. It coincides with a display at the Bodleian Library of precious early editions of Dante’s most famous work.