Day in the life: Microinternship with the National Trust Partnership

In July 2019 I was part of a team of thirteen microinterns who had the great pleasure of delving into the history of the Clive Collection to inform a major forthcoming project at Powis Castle in Wales. The Clive Collection is one of the most important collections of Indian artefacts outside of India, and the forthcoming 75th anniversary of Indian Independence and Partition in 2022 has presented a much-needed opportunity to focus on the Clive Collection, and to carry out new research to better understand its origins and meanings. As part of the National Trust Partnership, we were tasked with searching for items that had left the Clive Collection since 1950, utilising auction catalogues from the period held by the Bodleian Library.

A seemingly straightforward project rapidly became very complex when we realised the logistical difficulties involved on the first day. Only some of the catalogues are stored on-site at the Sackler Library by the Bodleian, and the request times for the others varied between 24 hours and several weeks. Beyond this, the titles of the catalogues – “Silver”; “Decorative Arts” – gave very little away about the contents of each sale, and none of them had indexes. Manually searching through each catalogue, entry by entry, was the only way forward. Beyond this, the sellers of items, where not anonymous, were rarely as straightforward as “Clive”. Working closely as a team, however, these obstacles were rapidly overcome.

Quickly, two of my fellow interns drew up a broad-ranging Clive family tree, thereby giving us a working list of surnames to search for; we also discovered two Powis-specific auction catalogues held at Jesus College, and established that we could utilise the online Copac database to help identify individual catalogues by searching for relevant surnames. Searching for “Windsor-Clive”, one of the names on the family tree, for example, led us to “Catalogue of modern pistols including […] modern sporting guns […] oriental edged weapons, Sotheby’s,  1974, including property of R. A. Windsor-Clive”. As the week progressed, each discovery led to several more, and the collaborative spreadsheet of finds was rapidly populated. From this, trends started emerging – the fact that less of the collection was sold in the 1950s than in later decades, for instance.

For me, one of the most exciting parts of the project was seeing the Sotheby’s catalogues held at Jesus College. Realising their existence through online catalogue research was our first big breakthrough, so I jumped at the chance to head straight to Turl Street from the Sackler Library. With help from sympathetic porters and the library staff at Jesus, before I knew it I was sat in front of three catalogues devoted to Powis sales. The certainty that these items had left the Clive collection in our period, in addition to the detail contained in each entry, made transcribing the entries a particularly interesting process.

Perhaps the most satisfying discoveries, however, were those where a series of deductions were necessary. One entry, for example, described “Plans […] of the Buildings in the Government Gardens at Madras”, bound in a red leather folio dated 1803. The catalogue didn’t say who collected the item, or who brought it to Powis, but given that Edward Clive was the governor of Madras in 1803 we concluded that it was almost certain that he was responsible. Another entry, from a 1951 Christie’s auction catalogue, was for “An Indian silver-gilt shield-shaped box, inset with plaques of jade studded with rubies and emeralds with similar jewelled borders, 3in long”. The sale contained items from “Her Grace, Helen, Duchess of Northumberland […] and from Various Sources” – unlike the items I found in the catalogues at Jesus, there was nothing to link this object definitively to the Clive family. However, the object itself was Indian, and the family tree we had created earlier in the week showed that the Duke of Northumberland was related to the Clives. It is not inconceivable, therefore, that this item was brought back from India by one of the Clive family and then passed down. While not as definitive a result as some of the others, finds such as this made up the majority of our findings, and the process of deduction – even where an absolute conclusion was elusive – was very rewarding. When presenting our findings at the end of the week, discoveries such as this were some of the most exciting to explain; this internship not only allowed me to undertake a range of curatorial research work, but also to make discoveries and connections between people and objects that may not otherwise have been found.

Miranda K. Gleaves has recently completed her undergraduate degree in History at Oxford University. She is interested in early printed books, collecting and travel in the seventeenth century. She has volunteered with the National Trust since 2011, and hopes to pursue a career in the heritage sector. She tweets @MirandaGleaves

Find out more about the National Trust Partnership here 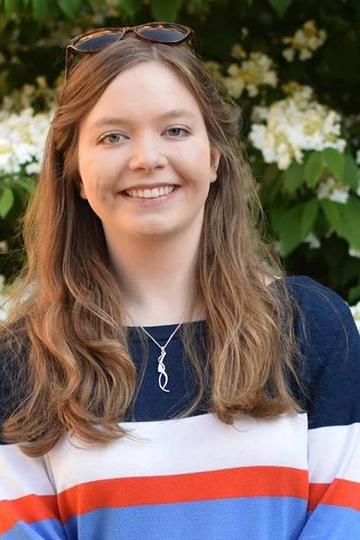