We caught up with Simon Palfrey (Professor of English Literature, University of Oxford) to find out more about his project Demons Land for World Poetry Day

Why is Fairie Queene significant?

Edmund Spenser's Faerie Queene is perhaps the single greatest poem of the English Renaissance. I see it as a hallucinogenic masterpiece, erotic, ravishing, strange, and frequently very savage. Inspired by militant Protestant zeal, the poem was written in Ireland during the 1580s and 1590s, when Spenser served the English crown during the most violent years of the Elizabethan conquest. It presents an unbuilt world, and asks on what principles we might create a virtuous person and a reformed society. Spenser's mission in Ireland failed. His poem both reflects and tries to redeem this failure, offering a model of the necessary future as much as a diagnosis of the present. Hence the imaginative premise of our project: that subsequent global history, a repeating mission of conquest, education, and colonization, can be understood as a tale of this poem coming differently, imperfectly to life.  It has long been understood that the *Faerie Queene*, in its claim to change or to model lives, is an exemplary Christian humanist poem. In our project, FQ becomes the text of unfinished modernity.

Tell us about Demons Land?

Demons Land: A Poem Come True is a collaborative scholarly and artistic project telling the story of an island in which Spenser's poem comes beautifully and terribly to life. This is the project of the Collector, a Romantic who around 1800 vowed to remake an island at the bottom of the world into a poetic utopia. Demons Land becomes a shadow history of Britain's most notorious colony, the prison island called Van Diemens Land. Like Spenser's mission in Ireland, the Collector's dream failed: not because his world failed to be like the poem; but because both the poem and the land were other than he thought. They had indigenous energies, lives, untapped implications that his discipline hadn't imagined.

The questions we ask are very basic. We are all familiar with the idea that a poem might reflect or record history. But what if it predicts history? What if history is itself structured like a poem? And we can extend these questions to life itself: what if lives happen as they do in poems, where they only have existence if they are seen, or only matter if they are sympathized with? What if each individual life is not a self-sufficient experience, but an allegory of something other? What if metaphors are true, or life is organized in rhymes, stanzas, endlessly repeating rhythms? The question becomes: what does it mean (for society, or history, or a life) for a poem to come true?

Questions such as these cannot really be tested in conventional scholarly forms. They need a correspondent creative experiment. So the Demons Land project explores how different crafts and disciplines - poetry, painting, film, music, masks, puppetry, and creative literary criticism - can combine to embody a poetic vision. All of this will come together in an exhibition/installation telling the history of the experiment.

How do their imagined worlds differ?

Demons land is at once a repetition, an interpretation, a subversion, and a radical modernisation of Spenser's poem. The Faerie Queene is notoriously unfinished. Demons Land continues the story, and purports to complete the poem, by means of a simple premise: that FQ is the prophetic text of western modernity, coming imperfectly, differentially true throughout the dominions conquered or settled by the English. Demons Land is the epitome of this history, being the suppressed pre-history of Van Diemens Land, which itself echoes the earlier histories of Ireland and America. History is thus structured recursively, like a poem:  Demons Land repeats itself to this day. Hence the fictional postulate of our project: that a contemporary woman discovers a store of texts and paintings deriving from Demons Land, and undertakes to recover and publicize this unknown history. But then she repeats the story in less predicted ways as well - like the Collector, she begins to be possessed by it, and to identify in personal and even perverse ways with the figures in FQ/Demons land.

What will the product of your research project be, and when/where can we see it?

The main products will be the exhibition, its films and paintings, and a book I am writing telling the histroy of Demons land. As well as an online version of the exhibition, we will exhibit in locations whose own history speaks to our project, adapting our narrative to each host. The first showing will be in the gardens and temples of Stowe National Trust, designed in the early eighteenth century as an architecturalised Faerie Queene - like Demons Land, a place made in the image of the poem, as an act of political critique and fantastic idealism. The second showings will be in Scotland, in the Gothic Mount Stuart house on Bute - another monument of beleagured idealism, and an island whose semi-disappeared history mirrors that of Demons Land - and in Glasgow, the great port of empire.

What would you like people to take away from World Poetry Day?

That poetry speaks directly to the possibilities - beautiful and terrifying - of life and history; that good poetry is always unfinished, awaiting and adapting to new readers. 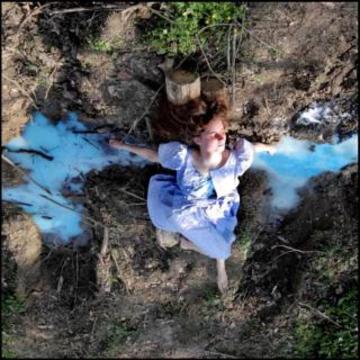