Dr Dana Mills (Lecturer in Politics, Hertford College) discusses Sayed Kashua’s 2002 novel, Dancing Arabs. This is an edited version of the paper she gave at the symposium, ‘Dignity and the Novel since 1948’,  the Fiction and Human Rights Network launch event on 7th November 2015.

My choice of Dancing Arabs arose from being a lover of novels who is perfectly aware, as an Israeli, that I am an oppressor in a struggle in which there is consistent and structural denial of dignity.

Sayed Kashua was born in Tira in the Triangle region of Israel to parents of Palestinian descent. He was educated in Jerusalem. The book Dancing Arabs centres on a young boy from a poor Arab village, his haphazard receipt of a scholarship to a Jewish boarding school, and the dislocation and alienation that ensues when he finds himself faced with the impossible: the imperative to straddle two famously incompatible worlds.

My thinking with this book emerges from the work of contemporary French thinker Jacques Ranciere. Ranciere criticizes Hannah Arendt’s famous quote regarding human rights taken from her seminal Origins of Totalitarianism: “The calamity of the rightless is not that they are deprived of life, liberty, and the pursuit of happiness, or of equality before the law and the freedom of opinion -- formulas which were designed to solve problem within given communities -- but they no longer belong to any community whatsoever."

Ranciere wishes to move to a moment in which human rights are something beyond either a tautology or a lack; either rights of those protected by citizenship or rights that cannot be claimed as they occur in a void. For that, he turns towards the count of the non-counted; moments in which those who are deemed unequal prove that they are equal after all. Ranciere asks us to shed the conceptual spotlight upon wrongs; upon people protesting the denial of their dignity whose voices may be otherwise lost in the political problematics of the human rights doctrine.

Dancing Arabs is a book about the search for meaning in a life that is caught in separations and distinctions. It is a story about childhood, love, family, loyalty and separation. But it is also a story about wars that restrict the potential for  human beings to live a dignified life. Not all separations are carried out by walls; and some non-physical barriers from leading a dignified life can be as vile and violent as the physical ones.

We have an ethical and political duty as readers towards the dignity of the writers and subjects of the novels we read. We must be attentive to the voices which are structurally being silenced by hegemonic power structures. We must carefully listen to those subjects who claim equality even in the direst conditions. We must believe in their parity and listen to them as equal; with them, resist and raise our voice against those structural violations of equality. We must be attentive to clandestine closures of the shared fabric of humanity that allows us all to live a life of dignity.

Dana Mills is a Lecturer in Politics at Hertford College, University of Oxford. 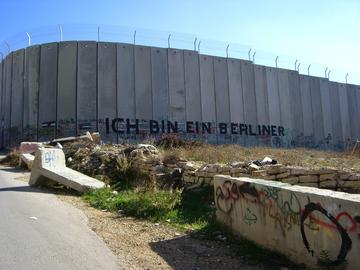