Discriminating epidemics: Ebola and COVID-19 in the Democratic Republic of Congo

When people in wealthy Western nations think of the generation and dissemination of global medical knowledge, ‘experts’ in Europe or the US are imagined as fountainheads. When faced with a health emergency in the global South – whether malaria, Ebola or now COVID-19 – we in western nations assume that knowledge and expertise travels unproblematically from ‘us’ to ‘them’. This is how ‘we’ approach all crisis situations, from disease to climate change.

Contrary to this received wisdom, useful recent experience of dealing with pandemic disease is to be found in many different contexts. East Asia has responded to the COVID-19 threat more effectively than Italy or the UK. Unfortunately, western nations refuse to learn from these lessons. When Chinese doctors came to help medical staff in Milan, the media was surprised. In turn, insisting that approaches that work in wealthy regions of the world should be enacted in the global South may, not for the first time in history, cause more harm than good.

The example of Ebola in Congo demonstrates that there are many lessons that Europe and the US can learn from the rest of the world, if we are willing. These have the potential to reshape global hierarchies of knowledge production.

Since 17 February 2020 there have been no new diagnosed cases of the Ebola virus in the Democratic Republic of Congo. The country celebrated this on 3 March as Masiko, the last female Ebola patient, was released from the hospital in Beni, a major city in the east. Only a week later, the first case of COVID-19 was reported in the capital city, Kinshasa. Now that ‘Ebola is finally on the wane’, a new disease ‘threatens to steal the limelight.’[1] What do local and global responses to these two epidemics reveal about power relations and inequality? Can epidemics be discriminating?

The latest outbreak of Ebola in the Democratic Republic of Congo, which started on 1 August 2018, had a fatality rate of 66% with 2264 lives lost. Although the exact fatality rate of COVID-19 remains uncertain, it is probably well below 4%. Despite this staggering difference, Western media attention to the Congolese Ebola outbreak has been minimal. Whilst the 2014-2015 West African Ebola crisis attracted many reporters, few ventured into Eastern Congo, a region plagued by chronic insecurity and warfare. International aid, with the World Health Organization at the forefront, did reach Ituri and North Kivu, the worst affected areas. But this left many Congolese wondering why money could flow in to treat Ebola, but not to combat diseases such as malaria, measles or cholera. Doctors fear that Ebola will reoccur, especially as preventive measures are being scaled down and healthcare workers are leaving the affected regions. This would be an avertible tragedy.

In contrast, worldwide media attention for the COVID-19 epidemic has been overwhelming, with rumours and fake news spreading like wildfire. Granted, the transmission method of Ebola and COVID-19 differs, as Ebola can only be transmitted through bodily fluids, whereas airborne COVID-19 can spread much more rapidly and widely. Still, the question has to be asked why ‘we’ care so little about a deadly disease such as Ebola in Congo? Why are we not interested in learning as much as we can, and from all relevant sources of information? What do the responses to COVID-19 teach us about whose health and whose lives are valued? Responses to these two epidemics lay bare global power inequalities.

The reality is that learning from African expertise developed during Ebola experience might help to deal with the COVID-19 crisis.[2] Experiences with social distancing in challenging situations, community responses to disease and even medication (such as Remdesivir) might be transferrable from Ebola to COVID-19.

Instead, what seems more likely is that the COVID-19 crisis will reinforce nationalism and border control, upsetting migration and trade flows, to the detriment of countries such as Congo. On 24 March President Félix Tshisekedi announced a state of emergency against COVID-19 in Congo. All international borders have been closed and regional travel between Kinshasa and the provinces has been prohibited, in an attempt to prevent the spread of the disease. The President declared that ‘The Corona virus does not need a passport, a visa or an election card to circulate among us. … We are in a state of war against an invisible opponent, an asymmetrical war with disastrous consequences, which we can avoid.’[3] Hopefully the measures taken will succeed in limiting the spread of COVID-19 in Congo, but much remains uncertain, especially as Kinshasa is one of the largest metropoles in Africa and hygiene is so difficult to maintain without appropriate infrastructure.

As President Tshisekedi rightly asserts, COVID-19 does not discriminate, it can affect rich and poor, the Congolese and the Dutch. That is what makes this disease so scary. However, patterns of global knowledge production do shape responses to disease, which can influence how many people get ill and ultimately die.

The ‘lockdown’ is an example of a measure which might be effective in wealthy European urban areas, where people can easily stock up on a week’s worth of food and where temporarily unemployed workers can fall back on state benefits. Due to international pressure the same measure is being touted in African countries. But a tomato vendor in a South African township does not have the same opportunities to ‘stay at home’ to ‘flatten the curve’. Being indoors might prevent the disease from spreading, but lack of income and lack of food will very likely pose a much greater threat to life and wellbeing.

Ebola provided some lessons on small-scale community responses and social distancing, which might be more appropriate to control the current COVID-19 pandemic in Kinshasa. But again, ‘our’ expertise is being valued more than ‘theirs’. This may well come with a high human cost. Yet despite this obvious opportunity to rethink global hierarchies of knowledge, they are sadly proving pretty impervious even to the altered circumstances in which we suddenly find ourselves. If we continue to miss the opportunity to reevaluate how we construct and value expertise, it will affect not just the efficacy and suitability of responses to this disease, but also to climate crisis, which will endure long after this virus is gone.

Iva Pesa is an Assistant Professor in Contemporary History at the University of Groningen. During 2017-2019 she was a Research Associate in Environmental History at the University of Oxford. Her current research focuses on pollution and urban agriculture on the Zambian and Congolese Copperbelt, a heavily industrialised mining region. She is the author of Roads through Mwinilunga (Brill, 2019) and has articles forthcoming in the Journal of Southern African Studies and Environment and History. 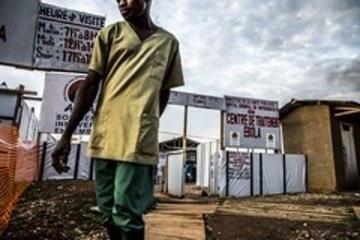