Dr Hakim Adi speaks to the ‘Race and Resistance’ network

Aside from bringing together scholars at Oxford working in the sometimes neglected fields of ethnicity, racism, ethnic minority political action and diaspora studies, the “Race and Resistance” network also seeks to forge relationships with academics outside the university. In this vein, the network on Friday November 1st welcomed Dr Hakim Adi (Reader in the History of Africa and the African Diaspora at the University of Chichester and a founder of the Black and Asian Studies Association) to the Radcliffe Humanities building, where he gave a talk entitled “Pan-Africanism and Communism”. The talk provided an introduction to and microcosm of his new book, Pan-Africanism and Communism: the Communist International, Africa and the Diaspora, 1919-1939, a weighty and wide-ranging work incorporating a full decade of original research. The book makes considerable use of newly-available sources from the Comintern Archives in Moscow to shed new light on the Soviet Union’s response to the international ‘Negro Question’.

Adumbrating his larger argument, Dr Adi’s Oxford talk argued for a reassessment of the role of Comintern in answering what the organisation itself in the twenties and thirties termed the ‘Negro Question’. Dr Adi’s work suggests that existing studies of Comintern’s work against racism and colonialism have portrayed Soviet policy as monolithic, and have therefore betrayed an excessive degree of pessimism underpinned by uncritical acceptance of claims made by contemporary activists. Pan-Africanism and Communism seeks to demonstrate that ‘failures’ in Comintern’s response to the ‘Negro Question’ were often caused by weaknesses in national Parties – a weakness Comintern attempted to overcome through the establishment of organisations such as the International Trade Union Committee of Negro Workers (ITUCNW), which are given great attention in Dr Adi’s work.

Aside from its stimulating – though still divisive - portrayal of a Comintern taking early, consistent and unique action against imperialism, the talk offered a rare glimpse into the world of trans-national ethnic minority activism in the early twentieth century. The study of race’s political history remains a fringe interest on this side of the Atlantic, even as British historians move towards an engagement with metropolitan post-colonialism. Therefore, networks such as “Race and Resistance” offer valuable opportunities for collaboration, as well as talks of interest, to Historians of ‘race’, ethnopolitics and diaspora, who often find that their work sits uncertainly between the various disciplines, fields and sub-fields of contemporary humanities scholarship. 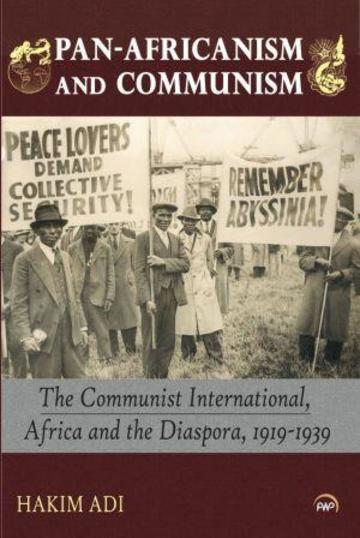