Evaluating the Ethics of State-Based Strategies for Reducing Meat Consumption

A recent editorial in The Lancet entitled ‘’We need to talk about meat,’’ strongly urged that now is the time to have a public debate about the proper amount of societal meat consumption. Several studies published by Oxford researchers have found that the high level of per capita red meat consumption in the developed world contributes to a number of serious global problems including direct human health risks, adverse environmental impacts including climate change, and increased likelihood of antibiotic-resistant zoonotic disease.

However, most proposed strategies for reducing meat consumption are controversial and a detailed analysis is needed that evaluates which strategies can be most effective while also respecting the well-being, rights, and autonomy of people in the developed and developing worlds.

This project brought together KE Fellow, Adam Shriver, with the Nuffield Department of Population Health (NDPH) and the World Health Organization (WHO) for the purpose of producing a report that can be distributed to WHO member states outlining the ethical advantages and disadvantages of different policy approaches to reducing societal meat consumption. The project involved workshops where team members from the WHO discussed relevant research at Oxford and more broadly on this subject.

Following the workshops, Adam worked with the WHO to develop guidance documents that 1) reviewed the relevant science for understanding the relationship between meat consumption and health and environmental impacts, 2) outlined proposed policies for reducing red and processed meat consumption, 3) reviewed ethical debates about other dietary interventions such as the use of tax incentives, behavioural nudges, and education campaigns and finally 4) synthesized these findings into an accessible discussion of the ethical considerations related to various strategies for the reduction of meat consumption. 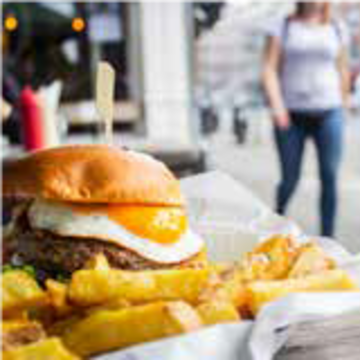