Exhibitions at Tate Britain and the Guildhall Art Gallery

Ed Dodson reviews ‘No Colour Bar’ (at the Guildhall) while Sam Visram reflects on ‘Artist and Empire’ (Tate Britain).

Running concurrently with Tate Britain’s Artist and Empire exhibition (on show until 10th April), the lesser-known Guildhall Art Gallery has just finished hosting ‘No Colour Bar’: Black British Art in Action 1960-1990 (10 July 2015-24 January 2016). Whilst the Tate has unsurprisingly garnered much journalistic interest (and a fair amount of criticism) for its survey of colonial and postcolonial art, ‘No Colour Bar’ has, unfortunately, gone largely unnoticed.

The exhibition was organised by Jessica and Eric Huntley, Guyanese-born political activists who came to Britain as part of the so-called ‘Windrush’ generation in the 1950s. Key supporters of the Caribbean Artists Movement, in 1969 they founded Bogle-L’Ouverture Publications (BLP) and, in 1975, a bookshop of the same name (both were in reference to Toussaint L’Ouverture and Paul Bogle, anticolonial heroes in Haiti and Jamaica respectively). The bookshop, which was later re-named after Walter Rodney (the Guyanese activist and writer) was assassinated in 1980, was a hub for postwar Black British writers, artists, and activists.

At the centre of the exhibition, Michael McMillan recreated a section of the West London bookshop, allowing visitors to reimagine the cultural life that took place before its closure in 1990. Surrounding this was a vast array of paintings and sculptures by largely under acknowledged Black British artists. Sonia Boyce’s ‘She Ain’t Holding Them Up, She’s Holding On (Some English Rose)’ (1986), exploring the intersection of racial and gendered stereotypes, could be found alongside the dreamy abstraction of Frank Bowling’s ‘Kaieturtoo’ (1975) and the postcolonial critique of Tam Joseph’s ‘Monkey Dey Chop, Baboon Dey Cry’ (1984).

The show also emphasised collaborations between literary and visual artists. It featured poster designs for Walter Rodney memorial events, as well as book covers for the novels of Andrew Salkey and poetry by Linton Kwesi Johnson (who, astonishingly, published his now canonical Dread Beat an’ Blood (1975) with BLP whilst still an undergraduate!). In so doing, ‘No Colour Bar’ demonstrated the artistic talent and political urgency of Black Britons as they sought to subvert stereotypes, resist racism, and develop new aesthetic forms – vital projects that, as this exhibition reminds us, continue to this day.

The Archive section of ‘No Colour Bar’ is scheduled to be on display at the Hackney Museum from September 2016 to January 2017.

Ed Dodson is a DPhil Candidate in English at University College. His thesis is entitled ‘Postimperial Ideology in Contemporary British Fiction, 1979-present’.

Sameeha writes (of ‘Artist and Empire’ at Tate Britain):

Is it worth a wander ’round?

What struck me were the images to front it behind the façade – facing Britain’s imperial past isn’t a laugh. Setting change at the outset is a cultural transformation, clear for all to see and make in the Artist and Empire Gallery at Britain’s Tate.

From ‘A Cheetah and stag with two Indian attendants’ in the 16th century to other presentations of art, strong associations with British colonial empires were drawn. Presented to George III in 1764 the painting was moved to the menagerie at the Tower of London renamed Miss Jenny.

There are many images that present themselves; there doesn’t feel a need for a curator at all, his or her opinions likely to foreshadow the imagery as it stood. Because of our long-standing relationship with India since George V, it wouldn’t be courteous to miss the Tomb and Distant View of the Rajamahal Hills’; for the old Mughal government this was a reminder of their better days.

A focus on power through the medium of art, voicing a living resistance to issues of race and sexuality for an artist in his or her empire of the day to the present, was one to believe in. Sir William Young conducting a Treaty with the Black Caribs on the Island of St Vincent, showed an end to the conflict for the conveyance of the land, black bodies stood naked in sharp contrast to the British delegation of the British colonial government fully clad. Subtle differences between the cultures of the day inspires in me some awe.

Queen Victoria presenting a Bible in the audience chamber at Windsor besides General Gordon awaiting his death provided the answer to the question of what distinguishes the truth from a mishap of faith. Not a Caravaggio in sight, generations’ worth of work ranging from our forefathers to our own is a legacy for which I feel proud.

To soak up the atmosphere is to commemorate by celebrating the influence of a social sphere in their lifetimes, as in ours to see. To implement change inspired by a cultural transformation is to paint a glacier. Refreshingly, I viewed each piece of art as a part of life: the invisible liberating its audience, and there was one for every person.

Sameeha Visram is an art enthusiast who lives in London.

Voices Across Borders is always looking for new Race and Resistance Research Programme members to contribute to this blog. If you would like to write a piece, or if you have a response to a blog entry you have read here, please e-mail the Voices Across Borders editor, Tessa Roynon (tessa.roynon@ell.ox.ac.uk). 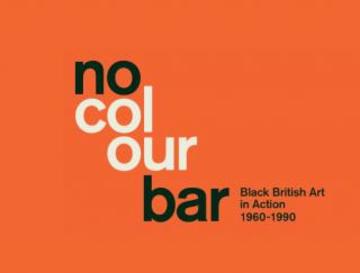