Feeling for Another: The Role of Empathy in Moral Theory and Moral Psychology 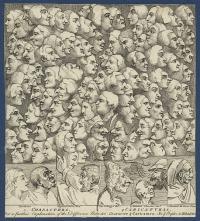 Empathy has for a long time been recognized to play a crucial role in ethics and moral psychology, even though its precise contribution is still under dispute. Especially in the 18th century philosophers of the Scottish Enlightenment attributed to 'sympathy' - understood as the capacity to 'put oneself in another's place' - a central role for the foundation of morality. Other theorists, though, have been more skeptical about the contribution of empathy to explaining fundamental moral ideas and norms, and there are similar debates about the relative importance of empathy with regard to the explanation of moral learning and the internalization of moral norms.

The conference is intended to bring together people working on empathy from different perspectives - empirical, conceptual and historical - in order to investigate the philosophical basis and historical evolvement of the notion of empathy and to examine what role it can play today in moral theory and moral psychology, as well as in theories of evaluation and of our understanding of others in general.

Call for papers:
In addition to the keynote talks, there will be a number of sessions for submitted papers. To be considered, please send an abstract of up to 1000 words to erasmusmayr@yahoo.com or lorenzo.greco@philosophy.ox.ac.uk, by 14th September 2015 as a pdf-document. Papers should be suitable for a 30 minute presentation.

Notification of acceptance will take place by 28th September 2014.

We warmly invite contributions not only from philosophy, theology, literary studies, history and political theory but equally from other disciplines which are interested in the role of empathy for morality and moral psychology.

The conference is supported by TORCH, The Oxford Research Centre in the Humanities, and is part of the activities of the Oxford Affections and Ethics Network. More details about the network may be found at: http://torch.ox.ac.uk/affectionsethics