Gender inequality impacts on the daily lived experience of students, researchers, and faculty in the Humanities Division at Oxford, and in academia more widely. Blatant and subtle forms of sexism create barriers to women’s academic and professional achievement. While women are aware of the negative impact of inequality and sexism on their working and social lives, the sources are often difficult to identify, document, and quantify.

In early March 2016, two doctoral students, Hannah Wirta Kinney (History of Art Department, History Faculty) and Julia Hamilton (Egyptology Department, Oriental Studies Faculty), hosted a lunchtime workshop on gender inequality for Women in Humanities (TORCH). Drawing together students, early career researchers, faculty, and scholars from across the Humanities, our goal was to create a space for women to discuss their experiences of gender inequality, record them, and begin to quantify them.

The Royal Historical Society’s 2015 report ‘Gender Equality and Historians in UK Higher Education’ served as a launching point for discussion. Participants were asked if the report’s findings resonated with their own experience. The conversation that followed was sobering. In order to capture these comments and visualise the patterns, participants were asked to select one perceived problem that directly affected them, to write it on a sticky note, and place it on the ‘problems’ wall.

It is worth noting, in particular that many women said that Oxford - in part because of its long history - is a particularly challenging, and even hostile, environment for women, both at a graduate and staff level.

The Royal Historical Society’s report highlighted the importance of small changes making a big difference: “just as an accumulation of minor instances of prejudice and unfairness creates a problem, so too can a build-up of relatively small changes transform a working culture” (pg. 6). In the second half of the workshop, we focused on the possibility of making positive changes in our academic communities by focusing on achievable and direct action. Each participant was charged with establishing a personal goal for addressing gender inequality in her own work, professional interactions, and discipline(s). The goals had to be obtainable within the next term, by June 2016. To visualize how our community would collectively make changes, participants were write their goal on a sticky note for our ‘solutions’ wall.

● Developing or asking for support resources in faculties

● Networking with women at different levels

Following the workshop, we created an online space with all of the workshop materials, including an editable bibliography and folder for readings. We hope that it can be a useful resource to be used in future workshops, and most importantly that it grows (and improves) through the contributions of other women in the Humanities. Please email us if you would like to join this digital forum and contribute your knowledge!

From the beginning, we believed this workshop was essential to laying the groundwork for more targeted actions. To continue the conversations and momentum which this workshop generated, we are planning a follow-up workshop in Trinity Term to come together as a group to check in with our goals.

We are also looking for other women who would be interested in organizing focused working groups to address some specific challenges, such as:

If these are projects you would like to be involved in or lead, please email Women in Humanities co-ordinator Eve Worth (wihadmin@torch.ox.ac.uk).

About the workshop conveners:

Julia Hamilton is a Clarendon scholar in the first year of her DPhil in Oriental Studies (Egyptology) researching ancient Egyptian naming practices and onomastics. Before moving to Oxford, she was involved with Australasian Women in Ancient World Studies (AWAWS) in New Zealand. Julia is interested in collaborating with other scholars of history and ancient history on the study of gender in the ancient Near East and developing feminist pedagogy in Egyptology.

Hannah Wirta Kinney is a Clarendon scholar in the second year of her DPhil in History of Art. Her research, which draws on feminist approaches to Art History, explores the social, cultural, and economic value of copies of famous sculpture made in Early Modern Florence. Hannah is interested in collaborating with other women on administrative and institutional approaches to addressing gender (and other forms of) inequality as well as forming a working group on feminist pedagogy in Art and History. 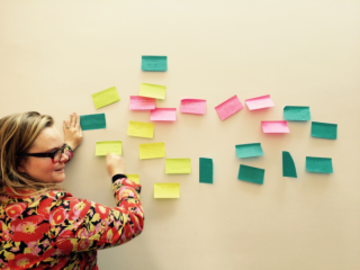