On the 26 and 27th of September at The Oxford Research Centre in the Humanities a conference was held on the theme of ‘The Global Pursuit of Equality: Women, Networks and Networking 1800-2000’. The conference was funded by the British Academy and Women in the Humanities. It brought together graduate students, early career researchers, and senior scholars from the UK, US, India, Mauritius, Poland, Finland and the Philippines. The conference was interdisciplinary including historians, economists, literary scholars, sociologists, as well as activists.

The first session of the conference included papers by doctoral student Annmarie Valdes from Loyola University Chicago who presented on ‘Education, Networks, and the Rise of the Professional Female during the Nineteenth Century’. Nishkala Suntharalingam who works for the United Nations and is a Visiting Fellow at Clark University presented on the topic ‘Early 19th century American missionary women in Jaffna, Ceylon:  motivations, legacies and networks’. Both papers raised issues relating to networks in educational institutions and the role of women’s professional statuses as writers and teachers. After lunch, delegates reconvened for the next session that focused on networks among Asian activists and students. Nova Robinson an early career scholar from Seattle University presented on the topic ‘Defining Equality in Asia: The All Asian Women’s Conference and the development of an alternative women’s right network’. She was followed by PhD student Courtney Sato from Yale University who discussed ‘Pan-Asianist and Internationalist Networks: the Barbour Scholarship for Asian Women, 1917-1941’. In this session, issues of the benefits and limitations of transnational activism, cultural difference and similarity, and assimilation were raised. In the final session of the day Yuwei Ge from Philipps-Universität Marburg presented her paper on the significance of educational networks for the career of Supreme Court Justice Sonia Sotomayor. Next economist Anna Gromada from the Polish Academy of Sciences presented her joint-authored paper ‘Gender gap extremes: networks, not aspirations, as major factors in ‘leaky pipeline’ at art academies’. The question and answer session drew comments relating to methodology, gender disparity, and sexual harassment.

The first keynote lecture was delivered by Farah Jasmine Griffin, William B Ransford Professor of American and Comparative Literature at Columbia University on the topic of ‘Place and Black Women's Networks: The Example of Harlem’. Professor Griffin gave a riveting talk on the significance of place in understanding the manifold networks of black women in the 1940s and 1950s. Griffin made interesting links between the activism of black women in the twentieth century and the contemporary Black Lives Matter movement.

The next day started with two papers. The first was from Johanna Annola based at the University of Tampere who discussed her paper ‘“The Hardest of Feminine Occupations”: Female Workhouse Directors and the Question of Sufficient Pay: the Case of Early 20th-Century Finland’. The second paper came from Christian ministers Doreen Benavidez and Edwardneil Benavidez from the Oxford Centre for Mission Studies. They discussed women’s leadership roles in the religious context of the Philippines. These papers brought to the fore issues relating to gender equality in protestant denominations and the limits of women’s networks. Next DPhil student Lyndsey Jenkins based at Oxford presented her paper ‘Sisters and Sisterhood: The Kenney family and progressive politics 1905 - 1918'. This was followed by Helen Glew, senior lecturer from the University of Westminster, who discussed ‘The role of international alliances in campaigns against the marriage bar in twentieth-century Britain and Canada’. These talks posed responses and questions relating to the family, suffrage, class tensions, and institutional internationalism. The last two papers came from doctoral student Aruna Wittmann based at King’s College London on ‘Parukutty Nethyar Amma: Congress in Kerala’ and sociologist Ramola Ramtohul from the University of Mauritius who talked about ‘Intersectionality and women’s movement activism in Mauritius’. These presentations raised issues surrounding matrilineal lineage, royalty, and the complexities of plural societies.  The final keynote was delivered by economist and feminist Devaki Jain who discussed her involvement in the creation of many networks such as the Casablanca Dream Network and the Working Group of Feminist Economists. Jain also discussed silent networks and the role of the internet as both oppressive and enabling of national and international networks.

During the roundtable discussion speakers and attendants, debated a range of topics including respectability, class, imagined internationalism, leadership, group biography, and the visual ways of mapping networks. Selected papers from the conference and workshop will be compiled in an edited volume where it is hoped that the complexities of women’s networks and the pursuit of racial and gender equality can be further investigated.

Race and Resistance across Borders in the Long Twentieth Century
Women in the Humanities
The Global Pursuit of Equality: Women, Networks and Networking 1800-2000 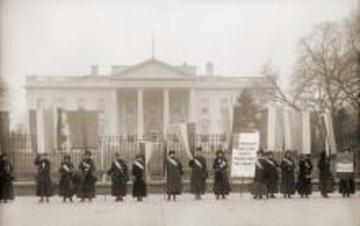