In his interview on Radio 4 (The World This Weekend 28/01/18), Daniel Libeskind said that the Holocaust is not just one more tragic event in history, of which there are many: it is an Archimedean point. It has changed history because we see humanity in a different way. ‘The Holocaust is a new meridian to reorient the world.’

Forgetting is made easier when victims no longer exist. It forces upon the witness – us – the imperative to speak… In the words of Michael Bernard-Donals, ‘the event itself is completely lost – both to history and to memory – unless it is said.’

The paradox is that language and representation cannot contain the enormity of this break in the fabric of the known. Those entrusted with recording such absence – museum curators, architects, artists – therefore have to employ increasingly shocking strategies to engage emotions, to personalize the Holocaust, so that we ‘eschew forever the role of bystander.’

So modern monuments are unsettling, disorienting, tectonic, brutal. They disrupt form. Play with space. Anything to prompt us into an emotional connection with those who were ‘disappeared.’ As Daniel Libeskind summed up: ‘the ground of architecture is not a piece of real estate. It’s memory itself.’

And so, I thought, what on earth can I write? A fragmentation of language that ends in a shout? Silence? A blank page, punctuated perhaps with brackets to show how words fall short. Something new. And just when I thought I was being iconoclastic and outré, one of the English dons on this project directed me to Shakespeare’s Sonnet 126 (First Folio). Who knew?

And after much pondering and mumbling at the walls, I realised this: for all the disruption and breaking with expectations, the architect does play by the rules. The architect is bound by form: rules of algebra, trigonometry, calculus, probability, roof planes and wall planes and hyperbolic curves and linear eccentricity, perturbation theory—

So, I shall use form. I shall be bound by form. Rules of repetition and rhythm and rhyme and song; myth and allegory and what has come before; and in so doing, set the form free. 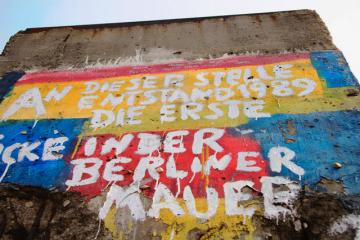