HIV/AIDS in Greece: A Political Archive

This KE Fellowship has given Dimitris Papanikolaou the opportunity to work closely with the Greek Association of People Living with HIV (Positive Voice/ Thetiki Foni), and to lay the foundations for a community project on the political and social history of HIV/AIDS in Greece. It is hoped that the work started with the Fellowship will be the beginning of a longer collaborative undertaking.

This initiative builds on Dimitris’ longstanding research into the cultural histories of gender and sexual identity in Greece and was developed in close connection with other public projects he has worked on in this area. It also comes at a crucial moment of nationwide debate in Greece about gender violence, racism, transphobia, homophobia, and the long histories of silencing, stigmatization and disavowal that have supported them. Returning to the history of HIV/AIDS in Greece remains a strong political statement, precisely because it is a prominent example of such a history of stigmatization and disavowal with a continuing impact.

With the support of the KE Fellowship, Thetiki Foni organized a series of public talks and roundtables throughout 2019-2020 aiming to address what is widely perceived to be a huge gap in the public history of HIV/AIDS in Greece. Notably, the first event of the project was a public debate titled “Why we are (not) telling our stories” (September 2019). In response to this question, the Fellowship’s website has been conceived as an ethnographic installation, offering chronologies, study materials, forgotten texts and memorabilia, but most importantly, inviting contributions from the public, with the aim to keep expanding it in future.

Further events with Thetiki Foni and other partners include a public seminar on “how to create an HIV/ AIDS public archive in Greece”; a wide-reaching public meeting on racism and homophobia; a seminar with activists, social workers and volunteers on new archival practices and theories; a one-day conference on “The cultural, social and political history of HIV/AIDS in Greece” (co-organised with Panteion University of Social Research). Some of these events had to be postponed due to the COVID-19 emergency, and will take place in 2020-2021 instead.

In the meantime, the biopolitical crisis and health emergency has given a new urgency to the discussion on the social and cultural histories of HIV worldwide, as the similarities and differences between the two global epidemics become apparent. This will be tackled in a special online seminar organized as part of the Fellowship in autumn 2020. 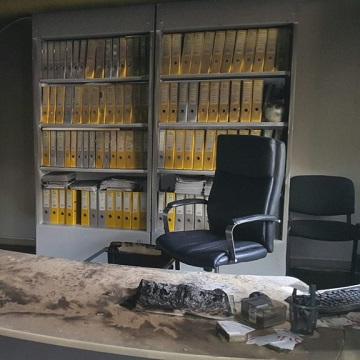