How did she know Five portraits of Oxford Women

“Oxford is stuffed full of paintings,” writes Mary Beard, looking through the pages of the newly published PCA catalogue of paintings at Oxford University. But it’s difficult to miss, as she adds, that the vast majority of portraits here are “white and male” – and quite a few “rather pompous-looking”. The faces looking down from dining hall walls or tucked away in corridors and teaching rooms are not, in many cases, notable for the diversity of individuals they represent. For a lot of students, staff, and visitors, it’s possible to spend a long time at Oxford before seeing anyone who looks like them commemorated in a frame.

Over nine centuries of history, though, numerous images of diverse Oxford have been commissioned and displayed. For obvious reasons, the historically female colleges already own more than a few portraits of women: Somerville, for example, has only portraits of women in its dining hall (some of which can be seen in the photograph on the left). Others are scattered around the university: some quite well-known, others more obscure, and sometimes surprising.

Working on a new project called Diversifying Portraiture at Oxford, I’ve found more than two hundred examples, and I’m sure there are a lot more out there. What’s more, in the last few years, diversity in portraits has become a priority for a lot of institutions, with interventions large and small taking place in many colleges and faculties. New exhibitions and new commissions are appearing all the time.

This is not about ticking boxes, modernising, or even just about doing right by the barrier-defying men and women of the past (although it can also be about all those things). It’s also about academic success. There’s increasing empirical research to back up what we might instinctively feel to be true: that faced with environments that suggest to BME or female or disabled students that ‘people like them’ might be unwelcome or undervalued, those students are more likely to underperform. Conversely, a building which tells them that their school or university has high expectations of its BME or female or disabled students fosters faster learning and higher achievement.  A 2013 American study found that simply displaying a photo of Hillary Clinton or Angela Merkel in a room where students were asked to give a speech caused young women to speak for longer and more confidently.

Diversifying Portraiture at Oxford aims to promote visual representation of diversity in all its forms, ultimately by commissioning new works as well as highlighting the ones which already exist. You can read more about it here, or follow us on Twitter for regular links to new and old pictures and information about their sitters.

To celebrate International Women’s Day, though, here are five Oxford portraits of women that you may or may not know: 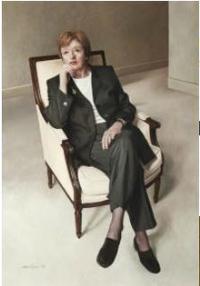 Averil Cameron (1999), by Mark Roscoe. © Mark Roscoe. By kind permission of the Warden and Fellows of Keble College, Oxford.

Most modern college portraits are commissioned to commemorate their heads, and pictures of female principals and wardens range from the traditional to the experimental in the style and depiction of their subject. This painting of Averil Cameron, a classics scholar and the Warden of Keble College from 1994 to 2010, is an unusually unfussy – perhaps even confrontational – image of a woman in authority. 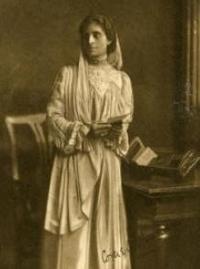 Cornelia Sorabji (1866-1954), by an unknown photographer. By kind permission of the Principal and Fellows of Somerville College, Oxford.

Not all portraits at Oxford are in oils, and the project is also collecting photographic images, such as this one, on display at Somerville. Despite the conventions of India and Britain in the 1880s, the extraordinary Cornelia Sorabji studied for law exams at Bombay University and then Oxford (she was the first woman to do so at both), before returning to India to work defending the legal rights of women and orphans. Before 1924, women couldn’t become barristers, so she was given the special title of ‘Lady Assistant’. She was also a writer and a campaigner for (sometimes controversial – she opposed Gandhi’s campaign for Indian independence) political and social reforms. 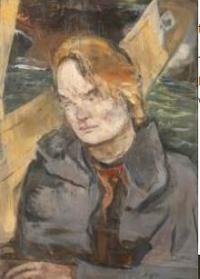 This striking 1964 painting of the philosopher and novelist was commissioned by Iris Murdoch to be given to her former college, St Anne’s. It’s a rare example of a portrait that both artist and sitter felt captured its subject. Murdoch wrote in her diary after seeing it, "I think it is wonderful, terrible, so sad and frightening, me with the demons. How did she know?" 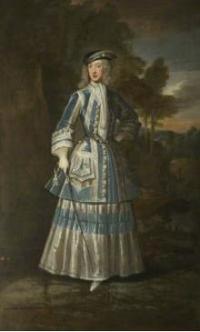 Most of the Oxford portraits of women from before the late nineteenth century show the wives, widows, and daughters of eminent men, but many of these women had fascinating lives despite social and educational restrictions. Lady Henrietta’s fortune (during a controversial and unhappy marriage) paid for her husband’s extraordinary collection of books, the origins of the British Library. The couple patronised and socialised  with writers such as Jonathan Swift (who described her poetically as “Aurora bright/ And chaster than the Queen of Night”), Mary Wortley Montagu (who was less impressed: “Lady Oxford is not shining”, she admitted), Alexander Pope and Matthew Prior. 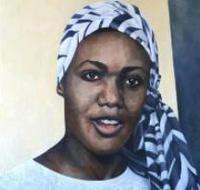 This portrait of the Zambian journalist, activist and lawyer Lucy Banda Sichone, a former Rhodes Scholar, was put on display in Rhodes House in 2015. Painted by a contemporary of Banda Sichone at Somerville College, it is the first portrait of a female Rhodes Scholar to be exhibited in the main Milner Hall, and, for many, seems to transform the feeling of the room.

Ruth Scobie is an Early Career Research Fellow at TORCH and project manager of the Diversifying Portraiture scheme. She posts regular updates on the project on Twitter. 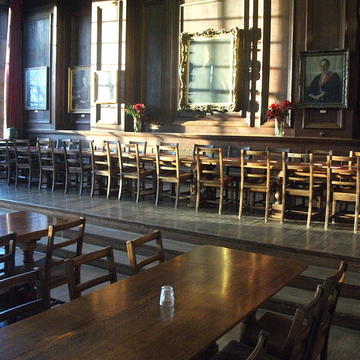