Welcome back all! During Week 2, Stephen Romer and Valentina Gosetti will be discussing the translation of contemporary French poetry with Emma Wagstaff and Nina Parish at the Radcliffe Humanities Building at 5pm. See the event description here. Our fortnightly discussion group, led by graduate students and early-career researchers, starts on Monday on the theme of Intermediality at St Anne’s, 12:45-14:00. For preparatory readings and other details, please check on OCCT website or email anita.paz@rsa.ox.ac.uk. Also please click here to view the DG poster.

See below for some really great upcoming events and CFPs!

1.  WOMAN AND HOME, IDENTITY AND WRITING: Reading and Discussion with Joanna Walsh

'There was a time in my life when I lived in hotels. Around this time, the time I did not spend in hotels was time I did not live. During this other time I haunted a marriage I was soon to leave. There’s no place like home and, as home seemed hardly to qualify as a place any more, I began to look for something elsewhere...' Joanna Walsh, Hotel (2015)

To mark the recent publication of her memoir, Hotel, join its author, the novelist and critic Joanna Walsh, in conversation with Dr Dennis Duncan, to hear her read from her work and discuss belonging and exile, Freud and (the) Marx (Brothers), women and home.

Walsh's new novel Vertigo will be published by And Other Stories in March 2016, and her first story collection, Fractals, was published in 2013. Her writing has been anthologised in Dalkey's Best European Fiction 2015, Salt's Best British Short Stories 2014 and 2015 and elsewhere, and has appeared in Granta Magazine, The Stinging Fly, Gorse, and many other journals. She reviews for The Guardian, the New Statesman and The National, edits at 3:AM Magazine and Catapult, and created and runs the Twitter hashtag #readwomen, heralded by the New York Times as ‘a rallying cry for equal treatment for women writers’.

An excerpt from Hotel can be read at Granta Magazine here.

Have you Heard…?
Navigating the Interstices Between Public and Private Knowledge

One of the things that makes us human is language, both in the power of speech, and the production of written texts. How do ideas and opinions get into the public domain, and what is the nature of the sometimes fragile boundary between public and private?  The aim of this conference is to explore the power and vicissitudes of the transmission of knowledge, and of unofficial modes of communication.  Its intention is to go beyond the corpus of public elite literature and to bring into consideration the transmission of knowledge in a broad range of forms, including the trivial and ephemeral (as in pamphlets, chapbooks, street literature and newspapers). This range of material allows us to explore the cultural imaginary in ways that are many, various and erratically policed.  What we choose to suppress in terms of public knowledge may well be as significant as what we choose to propagate. This interdisciplinary conference aims to consider the interactions between public and private knowledge, and the ambiguous, unofficial space that lies between.

We invite proposals covering a range of periods (from the medieval and early-modern to the twenty-first century) and across different national contexts (including French-, Hispanic-, Germanic-, Italian-, Slavonic- and English-speaking cultures).  We hope to attract scholars working in different fields (Modern Languages, English studies, Comparative Literature, Cultural History, Film and Media studies and Digital Humanities, Performance and Reception History, History of the Book and of Print Culture, and others).  Interdisciplinary approaches are particularly welcome.

Topics could include, but are not limited to:

• Unofficial production and consumption:  peddling, trafficking, barter
• Purposeful or purposeless dissemination of news, ideas, opinion, images
• Construction, regulation, censorship: public opinion, the cultural imaginary
• Gossip, rumour and the power of hearsay
• Gender and power in public and private knowledge
• Private vs published materials: correspondences, diaries, the ‘hidden’ archive
• Theorising the ‘unofficial’ (theorists might include, but are not limited to: Bakhtin, Bourdieu, Habermas, Foucault, Simmel, de Certeau)
• Questions of power and pleasure in the reception and/or dissemination of knowledge

We invite proposals for 20-minute papers.  Please send your abstract – of no more than 250 words – accompanied by a short biographical statement on the same page, toa.lewis@bbk.ac.uk by 15 February 2016.

3. Jacqueline Rose will give the British Comparative Literature Association's next biennial Malcolm Bowie Memorial Lecture. The lecture series was established in 2008 in memory of Professor Bowie, who served as President of the BCLA from 1998 to 2004.

The lecture will take place at 2.30 pm on Saturday 30 January 2016, in Room B04, Birkbeck School of Arts, 43 Gordon Square, London, WC1H 0PD. Further information can be found here.

The lecture is open to the public and all are welcome. Space will be limited, so please book a free place on Eventbrite if you would like to come.

4. The Translation as a Common Language / La Traduction Comme Langue Commune will be held in the ICLA convention in Vienna, Austria.
It will be held between July 21-27, 2016.
Some of the speakers will be Abdul Amir Hazbavi, Linnea Stenliden, Ahmed Alaoui.
Registration fee starts at € 95.
For more information you can e-mail the organizer at matthew.reynolds@ell.ox.ac.uk or visit the event website at http://bcla.org/…/cfp-translation-as-a-common-language-icl…/

From cinematic adaptations of television series from the last century to the boom in vintage fashion, the producers and consumers of twenty-first century popular culture are heavily invested in nostalgia. This workshop aims to bring together scholars from a broad range of disciplinary fields to discuss how this transnational phenomenon manifests itself in post-authoritarian states. Does, for example, eating in a 1950s’ retro-American diner mean something different in East Berlin as opposed to Hackney? Do reality programmes such as ‘Celebrity Big Brother’ take on distinct ethical and cultural connotations if they revive the careers of ageing stars who were complicit with oppressive regimes?

Abstracts for twenty-minute papers addressing any form of popular cultural production and nostalgia in the context of post-authoritarian states are welcomed. The kind of issues to be discussed on the day will include but not be limited to the following:

• Is nostalgia for the cultural artefacts of an authoritarian past inherently conservative?
• What weight should be accorded to conceptual and ethical terms such as ‘complicity’ and ‘resistance’ in our analyses of nostalgia in popular culture?
• How does nostalgia intersect with the construction of local and national communities, feeding into and reflecting branding in the international arena?
• To what extent is the recycling of popular culture and folk traditions in former authoritarian regimes distinct from the selective cultural re-appropriation of the past, so characteristic of globalised post-modern societies?
• Is it possible to establish a typology for nostalgia at the national level, and how might this impact on global, transatlantic and/or pan-European typologies?
• Is it possible or even desirable to bring into dialogue such disparate cultural phenomena as photographic memoires from Portugal or Chile and the radical chic of ‘Meinhof Prada’?
• Is there such a thing as prosthetic nostalgia?
• Might researchers in the humanities do well to collaborate with neuroscientists and psychiatrists to nuance understanding of collective and individual nostalgia?

6. CfP – DEADLINE EXTENSION
Please be notified that we have extended the deadline for the Inaugural Graduate Conference in Philosophy and Literature at Queen Mary. The new deadline is February 26, 2016. For more information please see below or the attached CfP.
Apologies for cross-posting.

Call for Proposals: The Inaugural Graduate Conference in Philosophy and Literature at Queen Mary, University of London

Topic: The Problem of Mimesis in Literature

Our Keynote speaker is: Dr Paul Davies, University of Sussex

Enormously influential and infamously misunderstood, the concept of mimesis has been around in western thought for millennia ever since Aristotle’s Poetics. In antiquity, it was already discussed in a surprisingly diverse manner and then went through waves of reinterpretation, appropriation, and simplification in later periods. Its influence can even be seen in the emphatic rejection of the concept in late Romanticism and Modernism.

More recently, the concept has returned with a vengeance, whether as an instrument to undermine established power structures, or to put under scrutiny the very objectivity of reality upon which the concept is arguably predicated.

Whether you are interested in re-interpreting historic accounts of mimesis or want to contribute to current debates, you are welcome to apply. While we recognise that the concept of Mimesis has specifically classical origins which were particularly influential in the western tradition, we welcome non-western approaches to this topic.

While not limited to the following, we are specifically interested in papers that deal with the problem of mimesis in:
1. Greek and Roman Aesthetics
2. Literary Movements (such as Romanticism or Modernism)
3. Continental Philosophy (such as German Idealism, Philosophical Hermeneutics or Post-Structuralism)
4. Analytic Philosophy (such as Philosophy of Language and Philosophy of Aesthetics).
5. Approaches to Literary Criticism (such as Post-Colonialism, Marxism, or Gender Studies)

To Apply:
-       Please submit a 500 word proposal in which you explain how your paper relates to our theme and sketch your argument. The deadline is Friday, February 26, 2016. Please send your proposal to queenmarymimesis2016@gmail.com. Your final presentation should be no longer than 20 minutes. Please be prepared for further 5 - 10 minutes of questions relating to your presentation.
-       Please submit a short academic biographic statement in a document separate from the abstract, so that we can consider applications in a blind review. Please state in about three sentences with which institution you are affiliated, your current title (i.e. MA, PhD), your supervisor, and a one or two sentence summary of the theme of your research.

7. Booking is now open for the Short Story Cycle Conference.

Below, you can find a short description and the conference programme.

Since the eighteenth century, the novel has occupied the role of dominant genre in western literary culture. The short story cycle seems to find itself in a grey area, less well defined, but at the same time possibly less constrained. Due to modern technology, new forms of media have made new forms of cultural expression possible, such as Twitter, Facebook, Internet forums and YouTube, all of which can be said to have brought to the surface shorter, more dialogical, more ‘spoken’ forms of (written as well as visual) communication. This begs the question whether the short story cycle, which seems to have gained in popularity in recent years, thrives in a specific social or historical context.

We envisage the conference itself as a short story cycle with the open ended circularity of hermeneutics: different disciplines, backgrounds and approaches revolve around one theme, providing a meaningful yet not rigid, premeditated structure. 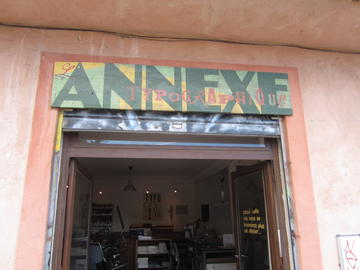