The Oxford-Weidenfeld Prize is for book-length literary translations into English from any living European language. It aims to honour the craft of translation, and to recognise its cultural importance. It is funded by Lord Weidenfeld and by New College, The Queen’s College, and St Anne’s College, Oxford. The prize of £2000 will be awarded at Oxford Translation Day, at St Anne’s College on Saturday 11th June.

Oxford Translation Day will feature talks, seminars and workshops, and will give all shortlisted translators the opportunity to read from and discuss their work. If you are interested in contributing to Oxford Translation Day by running an event, please send an event description by 8 March 2016 to Dr Eleni Philippou at Comparative.Criticism@st-annes.ox.ac.uk

Week 4 gave us the OCCT Discussion Group on the theme of Intermediality and Medium Borders, and the Interasian Discussion Group, where a Dphil student in Oriental studies will presented her work in progress for discussion.

1. Registration is now open for 'Cosmopolis and Beyond: Literary Cosmopolitanism after the Republic of Letters', an international conference that will take place in Trinity College, Oxford (18-19 March 2016). Keynote lectures by Emily Apter and Gisèle Sapiro.

Programme and registration now available on the conference website: https://cosmopolisandbeyond.wordpress.com

Please note that registration will close on 8 March.

This conference is part of the AHRC-funded research project The Love of Strangers: Literary Cosmopolitanism in the English Fin de Siècle, led by Stefano Evangelista.

From Kant to Derrida, cosmopolitanism has in the course of history been seen as fostering peace and communication across borders. Far from being an uncontroversial ideal, though, it has also been attacked by those who have denounced its universalism as impossible and its social ethos as elitist. This conference explores different literary manifestations of the cosmopolitan ideal, broadly conceived, and its influence on modern literary culture. It aims to foster a dialogue between experts in different fields of literary studies in order to tease out elements of continuity and rupture in a long history of literary cosmopolitanism that goes from the decline of the Republic of Letters to the era of globalisation.

How can we dislocate European Blackness (as ontology, identity, or ideology) from its implicit racial-historical point of departure in order to arrive at as-yet undefined conceptualizations of subjectivity, belonging, and aesthetics? What does Blackness mean in/for Europe? What elements of Blackness or Black diasporic identity are privileged in European discourses and how do these configurations solidify hegemonic expectations of racial/gendered/classed normativity?

The aim of this workshop is to foreground less explored/familiar paradigms of Blackness throughout Europe with the intention of unsettling what has become taken for granted in contemporary discussions of ‘Black Europe’. We are therefore seeking papers which will provincialise, defamiliarise, and contextualise local sites in which significations of Blackness have shifted the dimensions of what we claim to address with the moniker ‘Black Europe’.

We are now inviting proposals for 20-minute papers.

Please e-mail a 250 word abstract and brief biographical statement to the organizers at:reconfiguringblackeurope@gmail.com

3. The Swahili coast as a literary contact zone and what we can learn from it

This paper seeks to contribute to the discussion on a multilingual approach to world literature outside of a binary center-periphery model. By assuming a local perspective, I would like to question more far-reaching approaches to contemporary African literatures and highlight questions and aspects, which could inform further research.

The Swahili coast – the East African coast between Somalia and Northern Mozambique – has a famous, long poetic tradition. In the course of the 20thcentury, Swahili was also turned into a national language in Kenya and Tanzania beyond the confines of the East African coast. Accordingly, forms of national literatures were created, so that not only hundreds of other African languages and literatures but also coastal Swahili poetry became marginalized in the context of a monolingual literary history, which was also largely reproduced by research. Still, on the coast, poetry has not stopped to play an important but also changing role; it is consumed and discussed by a huge part of the population – being hence anything but marginal.

The paper sketches out these changes of the overall linguistic scenario and literary sphere, by tracing its ambivalent effects and contrasting it to the repertoire and literary work of the Kenyan poet Mahmoud Mau. It seeks to counter the monolingual and teleological literary history by considering the poet’s points of references and appropriations, which suggest a frame of reference which is different from the national or even ‘global’ literary market.

By including a further Swahili poet from Northern Mozambique, the paper will try to sketch out an alternative “significant geography”. I will consider the Swahili coast from Northern Kenya to Mozambique as a historical and far-reaching literary contact zone, where texts and genres have been exchanged. So far, not only the circulation of African texts in the Indian Ocean more generally speaking, but more specifically, the networks between Mozambique and the rest of the East African coast have been neglected, given that they cut across the rigid boundaries of the Anglophone and the Lusophone world. Drawing on my experience in Northern Kenya and recent research findings from Mozambique, I will also highlight the differences: The two poets make use of Swahili and the same genre, but not in the same way and in significantly different linguistic and cultural contexts. Thus, I will highlight the differences of linguistic repertoires as well as the dynamics of appropriation and media. 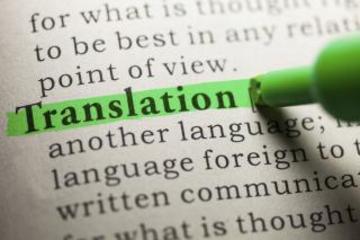