Next week on Wednesday, 2 March, from 16:30 to 18:30 our OCCT session will focus on gender in intercultural contexts from two complementary perspectives. Anastasia Valassopoulos will be exploring Arab feminism and its interconnections with broader postcolonial theories, and Mairead Hanrahan will analyse more specifically the ways in which Jean Genet experiments with gender constructions, in particular in the context of Palestine. See more at: http://www.occt.ox.ac.uk/gender-and-interculturality#sthash.aOTbfr6S.dpuf

Last week we really enjoyed hearing about Korean Literature and Translation in Dialogue with the Circulation and Translation of Indian Language Texts in South and East-Asia in the 19th century. For more info see: http://www.occt.ox.ac.uk/korean-literature-and-translation-dialogue-circ... We also had our OCCT Discussion Group on Monday where we spoke about Intermediality and Medium Relations.

In the impasse induced by crisis, being treads water; mainly, it does not drown. Even those whom you would think of as defeated are living beings figuring out how to stay attached to life from within it, and to protect what optimism they have for that, at least. -   Lauren Berlant, Cruel Optimism

Following Lauren Berlant we can see the contemporary period as an era of affective precariousness. Long-standing cultural and political anxieties have accelerated beyond control to form what she describes as ‘crisis ordinariness’. Many of the crises of the twenty-first century have been crises in security. The Millennial ‘War on Terror’, the conflict in Ukraine, or the legacies of the Arab Spring, have all undermined the security of the state. The collapse of the banking sector, and the associated currency crises, has dented trust in the market as well as in the forms of money itself. What is more, the social contracts of the post-war era, with their attendant mythologies of social mobility and well-being, have been usurped by entrenched regimes of competition and flexibility. Increasingly dire warnings about the earth’s environment have cast even the security of the species into doubt. As these certainties of modernity retreat, the experience of insecurity has come to define the age as one of anxiety and doubt.

Writing in the twenty-first century continues to respond to these events in a wide variety of ways. Drama, poetry and the novel have all attempted to appraise ecological threat, the risk of violence, and the fragility of the state and its institutions. Experiments with form, narrative and genre have been successful in giving expression to the ontology of insecurity as it is felt. Writing has been able to interrogate, mimic and critique the textual manifestations of security itself. Where the formal institutions of power express themselves as texts, such as banknotes, or signage, or as documents, writing has been able to respond with different kinds of critical repetition. Criticism and critical theory have also responded to contemporary insecurity by asking questions about the role of criticism and about its conventional methods of analysis.

Established in memory of Professor W.D. Robson-Scott, Honorary Director of the former Institute of Germanic Studies from 1968 to 1973, the scholarship is awarded by the Institute in the spring of each year.
The award is designed to assist research students registered for an MPhil/PhD or equivalent degree at a University in the United Kingdom to travel abroad to carry out research bearing on the languages and literatures of the German-speaking countries, of the Netherlands, or of Scandinavia. The award, currently £300, is not available for attendance or participation at conferences, and must be taken up before submission of thesis. Applications cannot be considered for journeys which will have taken place, or which will commence, before 1 June 2016.

Method of application: Application form which should be sent to reach Jane Lewin at the IMLR, either by post to Institute of Modern Languages Research, University of London, Senate House, Malet Street, London WC1E 7HU, or by email to jane.lewin@sas.ac.uk. Applicants can expect to be notified of the outcome of the competition in May.

Application form can be obtained in MS-Word format fromjane.lewin@sas.ac.uk.

Dr Francis Jones (Newcastle University) discusses the work of James S. Holmes, a founding father of translation studies, and one of the main Dutch-English poetry translators of his generation. Using Holmes’s career as a case study, he shows how being a dedicated poetry-translation expert involves working in – and creating – a mesh of professional relationships.
Open to all, free of charge, and followed by an informal reception. 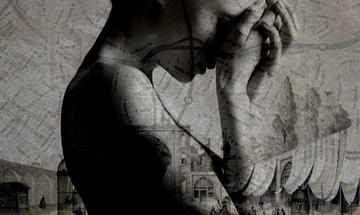