Next week the OCCT Discussion Group will be held on Monday, 7 March at 12.45-2pm, in Seminar Room 1, St Anne's College. As usual, a sandwich lunch will be provided. This meeting's topic is Intermediality and Translation.

Last week had a seminar that focused on gender in intercultural contexts from two complementary perspectives. Anastasia Valassopoulos explored Arab feminism and its interconnections with broader postcolonial theories, and Mairead Hanrahan analysed more specifically the ways in which Jean Genet experiments with gender constructions, in particular in the context of Palestine.

This lecture is based on the proposition that mass disaster events such as famines, epidemics, and floods are not exceptional, but define the ‘normal’ everyday life-world of the modern colonial and post-colonial societies.  Evidence for this can be found in the intertwining of ideas about ‘natural’ disasters with those about governance, sovereignty, subjectivity and rights in major world-systemic configurations such as the British empire from at least mid-nineteenth- century onward.  This symbiosis between disasters and governance has remained active after the formal termination of British (and other European) empires in the large swathes of the post-colonial world.Following from this, I argue that both colonial and post-colonial literatures have consistently tested this normative association between governance and disasters by re-imagining and interrogating the causal links between the two. The evidence for this is provided by comparing two fictional meditations on famine from different moments in colonial and post-colonial South Asia.  These are Rudyard Kipling’s ‘William the Conqueror’ (1898) and Mahasweta Devi’s Pterodactyl, Puran Sahay, and Pirtha (1982).  This comparison serves to illustrate both the continuities and discontinuities between ideas and practices of colonial and post-colonial governance constellated around the event of disaster.  Moreover, this fiction puts pressure on received ideas about the ‘naturalness’ of disasters and in so doing, restores their proper historical and environmental features.

2. Reading the Sahara: Between Deep Past and Apocalyptic Future, Animality and Plurality

School of European Culture and Languages

A few decades ago Thor Heyerdahl, widely known for his Kon-Tiki expedition, remarked “Borders? I have never seen one, but I have heard that they exist in the mind of some people”. Arguably, Heyerdahl might be mistaken for questioning the existence of borders, yet his statement nonetheless draws attention to some highly interesting and controversial questions: What exactly are borders and on what necessary, legal and ethical grounds do we build them - and where? These questions seem particularly relevant today, as the European Union is facing the so-called migrant “crisis”, and with Daesh’s auto-proclamation of an Islamic State.

It is, thus, not surprising that academic interest in borders is on the increase. Over the last decades the topic has been developing into a new interdisciplinary field of research drawing together scholars from the social sciences and humanities. Border studies notably looks at the historical, anthropological, sociological and geopolitical aspects of borders “in the quest to understand the changing nature of territory, power, governance, and identity within both national and more global frames of reference.” (Wilson & Donnan: 20-21).

This conference, chaired by postgraduates in the School of European Culture and Languages, wishes to explore these plural facets of borders - particularly the structures, the roles and the meaning of borders in contemporary society and culture. It also wishes to explore the function and modes of border (and boundary) representations in texts and in the visual and plastic arts, and warmly invites contributions.

Topics may include but are not limited to:

Papers should last for 20 minutes and will be followed by a 10 minute discussion. Abstracts of approx. 300 words should be sent as word documents to the conference organising committee at: skepsi@kent.ac.uk by 31st March 2016. The e-mail should also include the name of the author, institutional affiliation and brief autobiographical details. Please, also indicate any audiovisual requirements that you may have. 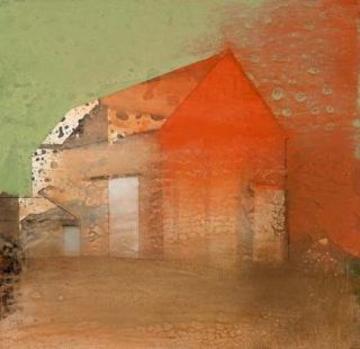