This term the OCCT Discussion Group ponders the question “What is Good Literature?”. On Monday of Week 2 the Discussion Group convene at St Anne’s at 12:45pm-2pm, in Seminar Room 3. A sandwich lunch, fruit and coffee will be provided.

For more information on the speaker and the lecture, and to book a ticket, please visit https://www.eventbrite.co.uk/e/the-2017-george-steiner-lecture-in-compar....

The lecture will be followed by a free food-and-drink reception, to which all guests are warmly invited.

2. Now accepting applications for Visiting Fellowships and Scholarships at the Institute of Modern Languages Research, University of London, tenable for one to ten months between 1 September 2017 and 30 June 2018.

The Institute can offer office accommodation shared with other Fellows with wifi, internet, email account, photocopying/printing facilities, and access to the University of London’s Senate House Library and other libraries of the School of Advanced Study. Fellows are offered free access to all the Institute’s events and are expected to participate as much as possible in the intellectual life of the Institute.

Fellows contribute to and enhance the scholarly activity of the Institute and the School of Advanced Study. In addition to presenting current work as a seminar or as part of a larger conference, Fellows are invited to organise an event either during or resulting from their stay, or otherwise contribute to the work of the Institute. At the end of the tenure period, Fellows must produce a short report on the activities undertaken at the Institute and progress made in their research.

Full details of how to apply on the website:  http://modernlanguages.sas.ac.uk/research-fellowships/visiting-fellowshi...

3. Call for Contributions to an Edited book on Multilingualism in 19th Century European Literature Ed. by Olga Anokhina (CNRS, Paris), Till Dembeck (University of Luxemburg), and Dirk Weissmann (University of Paris-Est)

We kindly invite scholars in all disciplines devoted to European (Romance, Germanic, Slavic, Baltic, Finno-Ugric) literature to submit contributions for a collective volume on “Multilingualism in 19th Century European Literature”. The bilingual English-French book will be published in 2018 by the Lit-Verlag in the “poethik polyglot” series directed by Britta Benert, Rainier Grutman, and Alfons Knauth.

Scholarship on multilingual literature from Europe has up to now mostly focused either on pre-modern periods (e. g., Medieval and Renaissance multilingualism), or on avant-garde modernism, and on the present (e. g., postcolonial literature, literature of migration, etc.). At first sight, the 19th century does not seem to matter for the history of European literary multilingualism. This might seem logical since the 19th century is rightfully considered the epoch that most effectively promoted nationalist monolingualism, in the wake of the European reception of the Post-Herderian theory of culture. Still, it is worth considering forms of multilingualism also in this period. Firstly, not all European countries have undergone a process of nationalization and monolingualization to the same extent. And secondly, recent studies, namely in sociolinguistics, have shown that monolingual norms can be implemented only by massive language-political intervention. Therefore, it is plausible to assume that some forms of multilingualism play a role even in the apparently most monolingual constellations of European literary history. A mapping of literary multilingualism in 19th-century European literature seems thus necessary.

This collective book will propose an investigation into 19th-century European literary multilingualism, particularly into the period from 1800 to 1880. All areas of European literature will be considered. The term ‘multilingualism’ as used in this book includes all kinds of code-mixing, either in single literary texts or in multiple texts produced by the same author.

Topics to be explored might be the following, amongst others:

Proposals (in English or French) should be send before June 1st 2017 to the following addresses: till.dembeck@uni.lu; weissmann@u-pec.fr; olga.anokhina@freesbee.fr. The full texts (5000-8000 words) of accepted contributions will be expected before December 31st 2017.

Christa Wolf’s novel Der geteilte Himmel (1963) presents a fictional response to Germany’s National Socialist past, post-war division and the construction of the Berlin Wall. Similarly, Ding Ling’s novel The Sun Shines Over the Sanggan River (1948) explores Chinese land reform through her depiction of a fictional rural village. While Wolf challenges the official version of German history put forward by the GDR state by adopting the subjective perspective a female protagonist, Ding Ling presents multiple storylines and viewpoints in order to question the reductive authorised narrative of the past. By comparing the form and style of these texts, I argue that both writers actively shape the paradigm of socialist realism in order to explore what it means to be a socialist citizen within two very different national contexts.

Family Sagas in World Literatures and Audio-Visual Cultures: Reimagining Nations Across the Globe

We are glad to announce that Jobst Welge, Professor of Literature at Stockholm University, will be the third keynote speaker at the upcoming conference “Family Sagas in World Literatures and Audio-Visual Cultures”, hosted jointly by the Centre for World Literatures and the Centre for Cinema and Digital Cultures at the University of Leeds. To reflect the wider scope of the keynote addresses, the conference organizers have extended the deadline for paper proposals.

These family stories represent metonymically and metaphorically the life of nations as subject to the vagaries of local and world history. Family sagas respond to the need to reimagine nations at times of crisis spurred by economic, social, and political change; gender, ethnic, religious, and class conflicts; demographic transitions; and migration. They question pre-existing normative ideals of the nation, giving voice to silenced minorities, functioning as a cultural tool for the immanent critique of the national imagery and identity. The family saga as a cultural genre is instrumental to a politics of aesthetics, since it challenges and redefines the partition of the sensible that frames the nation as an imagined community.

This interdisciplinary conference will bring together researchers who are specialized in different linguistic and cultural areas and working on different media. The objective is to examine the circulation, forms, themes, and cultural functions of family sagas in world literatures and audio-visual cultures from a variety of perspectives.

Topics may include, but are not limited to, the following:

Paper proposals should include a title, a 500-word abstract, and a short biographical note with institutional affiliation, where appropriate, and email contact.

Selected conference papers will be published as part of a collaborative volume.

Most aesthetic concepts are theological ones in disguise.

Literature can never be entirely secular.

This interdisciplinary postgraduate and early career conference aims to consider the question of secularisation across a variety of literatures and faiths.

How has the cultural and social significance of religion changed in Europe, from the Middle Ages to the present? How does European literature register or reformulate the ‘narrative’ of secularisation, and what is it about literary texts that makes them such privileged sites for exploring the intersection of the sacred and the secular? In what ways has renewed critical attention to these issues affected responses to literary texts that use rhetoric, imagery, or ideas that can be traced back to religious traditions? Finally, is secularization an inevitable historical process, as we move from the medieval period towards the present?

We invite proposals covering a range of periods (from the medieval and early-modern to the twenty-first century) and across different national contexts (including French-, Hispanic-, Germanic-, Italian-, Slavonic- and English-speaking cultures). We hope to attract PhD students and early career researchers working in different fields (Modern Languages, English Studies, Comparative Literature, Cultural History, Film and Media Studies and Digital Humanities, Performance and Reception History, History of the Book and of Print Culture, and others). Interdisciplinary approaches are particularly welcome.

Topics could include, but are not limited to:

•         Mystic experience, epiphanies, privileged moments or other special states of being
•         Crises of belief and linguistic and formal innovations that respond to them
•         Secularism and the pagan, alternative faiths, ‘new mythologies’, humanism
•         Disenchantment and its sequels
•         Conversion and its effects upon literary writing
•         Aestheticism as a substitute for religion
•         Theological and literary readings: are they compatible?
•         Gender and sexuality: ordination and orientation, authority, spirituality and wisdom
•         Material culture: secular images in illuminated manuscripts, religious iconography in secular literature (e.g. Symbolism), illustrations
•         The ‘death of God’ and its reflections in literature
•         Syncretic belief, pluralism and Pantheism

We invite proposals from postgraduate students and early career researchers (who are within two years of having completed their PhD) for 20-minute papers. Abstracts of no more than 250 words should be sent, accompanied by a biographical statement of no more than 200 words on the same page, to postgrads@mhra.org.uk by 10 March 2017. It is anticipated that some travel bursaries for postgraduate speakers will be available. A modest registration fee will apply.

The MHRA encourages postgraduates and early career researchers to join the Association and support its activities. Postgraduates are eligible for up to three years’ free associateship of the MHRA, and basic membership is £12.50 per annum. For more details please see http://www.mhra.org.uk/Membership. 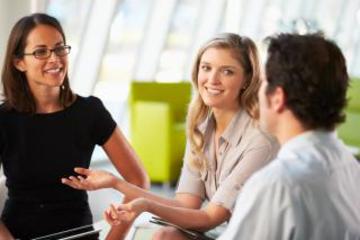