To say Week 6 is busy is an understatement! On Monday (20 Feb.) the Discussion Group will convene at St Anne’s to explore the question “What is Good Literature?”. The East Asian Working Group takes place on Tuesday (21 Feb.), and on Wednesday evening (22 Feb.) Adriana X. Jacobs and Marcela Sulak talk about Translation as Afterlife. OCCT definitely offers something for everyone!

In Week 5, we had Nicky Harman, the esteemed translator, give a Masterclass in Chinese to English Literary Translation. This highly successful workshop will be repeated at Oxford Translation Day in Trinity term so don’t despair if you missed it!

The deadline for DPhil students to submit proposals to convene and host the Discussion Group in Trinity term is 17 Feb. 2017. Look at our Call for Proposals here for further details. Valeria Taddei’s review of Travels and Translations: Anglo-Italian Cultural Transactions is now available here.

1. The 2016-17 Humanitas Weidenfeld Visiting Professorship will be held by Sean O'Brien.

Jan Wagner will give the Annual Poetry Society lecture at 7pm on Monday 20 February in the McGregor Matthews Room, New College

Subject: ‘The Shedding of Skins and Schemes: A Voice of one’s own and the Voices of others’

Dr Ulrike Draesner will give the Eugene Ludwig Lecture at 5pm on 24 February in the McGregor Matthews Room, New College

Subject: ‘Dead as a Dodo: Why Literature matters in Times of Transition and Unrest’

This is association with ‘Fractured Stories? Narratives of Migration’ A Roundtable at Ertegun House, http://ertegun.ox.ac.uk/news-events/fractured-stories-narratives-migration

Dr. Sulak is Senior Lecturer in American Literature at Bar-Ilan University and teaches creative writing and translation in the Shaindy Rudoff Graduate Program. She will read selections from her translation of Orit Gidali’s Twenty Girls to Envy Me (University of Texas) and from her recent collection Decency (Black Lawrence).

This forum is run by and for graduate students from the Colleges and Institutes in and around London, working on any cultural aspect of those parts of the world where Germanic or Romance languages are spoken (including Danish, Dutch, French, German, Italian, Norwegian, Portuguese, Romanian, Spanish, Swedish and many more).

Graduate students from departments other than Modern Languages (e.g. Anthropology, History, History of Art, Film and Media, etc.) and students working on comparative projects involving one or more Germanic or Romance language are particularly welcome to join the group to develop interdisciplinary links.

Abstracts: Sara Boezio (Warwick) ‘Looking to the Future through the Lens of the Past: Fin-de-siècle Italy's Torn Stance at the Turn of the Century’

This paper stems from my PhD research investigating the impact of historical and social changes on perceptions and representations of time in fin-de-siècle Italy and exploring how and why the end of the nineteenth century was perceived as a turning point. As Weber pointed out in his seminal France. Fin de siècle (1986), ‘no other century had made so much ado about its passing’ as did the nineteenth century. Hailing from France, this discourse about the century’s end spread across the Western world between the late 1890s and the early 1900s, as testified by the large number of books, conference speeches and newspaper articles produced around that period. In my presentation I will examine late-nineteenth-century monographs, essays and journal articles devoted to a comprehensive cultural analysis of the nineteenth century. Through close reading of selected texts, I will explore the conflicting ideas and the hitherto little-studied disputes that held the stage in the fin-de-siècle Italian cultural milieu, while highlighting interconnections with contemporary debates in foreign publications (especially in France, Germany, Russia, and the United Kingdom) that sought to take stock of the dying century and predict what to expect from the new dawning age.

Between 1940 and 1943 Italy took part into World War II as Nazi Germany’s European main ally. This war represented the peak of an aggressive strategy that had characterised Italy’s foreign policy even before Fascism’s seizure of power. At the end of the war the disappearance of Fascism led to a complete reshaping of Italy’s political identity and political system. These transformations made the Axis War an event extremely difficult to assess and remember. The general tendency was to marginalise its memory within the already complex and ‘divided’ Italian memory discourse on the Second World War. This difficult legacy is reflected in the Italian war literature on the Axis War published from 1944 to 1974. These texts, which represent a critically overlooked production in the field of Italian literature, have contributed to conveying a series of stereotyped narratives on Italy’s participation in the Axis War, which have remained unchallenged until recent years. In this paper I am going to combine insights from both Memory Studies and Thematic criticism and I will examine two recurrent topoi that can be located in the Italian literature of the Axis War:  i.e. the ‘Brava Gente’ myth and the ‘Army of Love’ motif. The analysis will show how, by resorting to these two topoi, these literary texts do not address the issue of Italy’s responsibility for the Axis War and formulate, instead, the theme of the country’s innocence.

7. Proposals are invited for the 2017 competition to publish in imlr books, a book series in Modern Languages (French, German, Italian, Portuguese, Spanish and comparative studies, in fields other than Linguistics).

The series is published by the Institute of Modern Languages Research, University of London.

Proposals for monographs, conference volumes, or thematically-linked collections of essays, between 30,000 and 100,000 words in length, may be submitted for selection by the imlr books editorial board, which is advised by a peer review committee of senior academics in the field. Volumes should be written in English, with quotations cited in the original and in translation. Fiction and translations of works already published in other languages cannot be considered.

Authors/editors are expected to submit sub-edited copy, prepared in accordance with guidelines supplied by the Institute, and to contribute a subvention of £1,000. The expectation is that authors will supply the full text within one year of acceptance of the proposal.

Proposals should be submitted 30 April 2017 to jane.lewin@sas.ac.uk, and should comprise four files only, as follows:

The proposal, including a chapter-by-chapter synopsis, which should not exceed five A4-pages when printed out;

A short curriculum vitae of author(s) or editor(s), not longer than one A4-page per person when printed out; and

A sample chapter (in the case of monographs) or a draft introduction (for collections of essays).

8. Massey University (Te Kunenga ki Pūrehuroa, The University of New Zealand)  is proud to offer a new and unforgettable international experience for students studying literature, comparative literature, theatre, film, media studies, cultural studies, media production, or creative writing, who want to enhance their creative and critical learning about cultural production by applying it in the field and across cultures.

Massey University's National Expedition and Internship Program is an established program open to students from any university worldwide wishing to study, travel, and intern in New Zealand for 6 weeks during the Northern Hemisphere Summer.  Building on the success of Massey University’s existing N E & I programs in other disciplines, the new creative, cultural and literary studies track is offered by the School of English & Media Studies in June-July 2017.  It offers students a guided immersion in the sites of inspiration and production of some of New Zealand’s best-loved literature, theatre and film, while exploring questions of how place is reflected and contested through culture and creativity.

The program begins with a two week tour which takes students across both Islands to explore how New Zealand writers and filmmakers have reflected and shaped the country and culture. The tour finishes in the capital city of Wellington where students stay to complete a four-week internship working with a creative organisation.  A wide range of creative organisation placements is available, including opportunities with theatres, indigenous creative artists and companies, literary and literary tourism ventures, film studios and more.

Exploration of some of the planet's most spectacular scenery, immersion in Kiwi culture, and engagement with key industry players are all integrated with academic coursework that is worth half a fulltime semester of transfer credits. In-country transport, accommodation, and tuition are all included in the program fee, and you can learn more about the itinerary, academics, internships, and student experiences on our website:www.massey.ac.nz/explorenz or connect with us on Facebook on our 'New Zealand National Expedition & Internship' page. 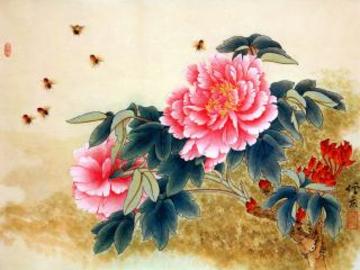