Hilary term is done, and what a spectacular term it was!

In Week 8 the Cultural Forms in Comparison seminar explored the different ways in which online and offline forums function as locations of literary and intellectual culture. The Discussion Group convened with Elleke Boehmer at St Anne’s to explore the question “What is Good Literature?”.

The University of Warwick is launching The Warwick Prize for Women in Translation, which will be awarded for the first time in November 2017.

The prize aims to address the gender imbalance in translated literature and to increase the number of international women’s voices accessible by a British and Irish readership.

Quote from Professor Maureen Freely, Head of English and Comparative Literary Studies and President of English PEN: “We’ve come a long way with the championing of world literature over the past decade, welcoming in a multiplicity of voices which have gone on to enrich us all. In the same period, however, we’ve noticed that it is markedly more difficult for women to make it into English translation. This prize offers us an opportunity to welcome in the voices and perspectives that we have missed thus far.”

A recent report by Nielsen Book showed that translated literary fiction makes up only 3.5% of the literary fiction titles published in the UK, but accounts for 7% of the volume of sales. If translated literature as a whole is underrepresented on the British book market, then women’s voices in translation are even more peripheral. The Independent Foreign Fiction Prize, for example, was awarded 21 times, but was won by a woman only twice.

The Warwick Prize for Women in Translation will be awarded annually to the best eligible work of fiction, poetry, literary non-fiction or work of fiction for children or young adults written by a woman and translated into English by a female or male translator.
The prize money of £1000 will be split equally between the female writer and her translator(s). Publishers are invited to submit titles from April 3, 2017. The shortlist will be announced in October and the winner will be announced in November.

Quote from Professor Emeritus Susan Bassnett: “This prize is a rallying call to translators and publishers everywhere. There are dozens of fine women writers waiting to be translated – so let's see more of them in our bookshops.”

Quote from Chantal Wright, Associate Professor of Translation as a Literary Practice, who is coordinating the prize: “This initiative would not have come about without the efforts of the wider literary translation community. Their efforts in raising awareness of the gender imbalance in translated literature were instrumental in the creation of the prize.”

Three years in the making, The Warwick Prize for Women in Translation is the product of a collaboration between the School of Modern Languages and Cultures and the Department of English and Comparative Literary Studies at the University of Warwick and is sponsored through the university’s Connecting Cultures Global Research Priority. Warwick offers two Masters programmes and a PhD in translation, in addition to a variety of translation modules at the undergraduate level.

3. A Few Spaces Are Still Available for NEW LIGHT ON TONY HARRISON conference at British Academy.  Register at http://www.britac.ac.uk/events/new-light-tony-harrison. It is not expensive. There are also five student full fee and food bursaries remaining if you contact the convenor Edith Hall directly @kcl.ac.uk

This landmark conference will illuminate previously neglected aspects of the work of one of Britain’s greatest living poets. An international and transdisciplinary team will analyse Harrison’s more recent creativity, his continuing relationship with ancient theatre, his extensive body of poems written for film, and international perspectives. Emphasis will be laid on his representations of gender and sexuality, his commitment to the ‘public’ role of verse, his evocation of time, imperialism and the southern hemisphere, his personal heroes Heine and Hugo, his debts to material science and materialist philosophy, and his formative encounters with the metres of Dante, Byron and the English sonnet.

"Our May Café will focus on the writers and artists caught up in the chaos of the Russian Revolution and subsequent Civil War. Many writers went on to settle in Paris, Berlin and elsewhere and forged new lives in exile.

We’ll explore the wonderful Nadezhda Teffi, the hugely popular and funny story writer and author of Pushkin Press’ Memories, From Moscow to the Black Sea’ and stories by the more famous émigré writers, Vladimir Nabokov and Ivan Bunin with speakers and readers including Robert Chandler, Bryan Karetnyk, Peter Pomeranzev. Plus there'll be some beautiful live music."

Email dashcafe@dasharts.org.uk to reserve your place.

5. Conference on 'Time to remember: Anniversaries, Celebration and Commemoration' taking place at 26th May 2017 at the University of Kent. We are currently still inviting abstracts. Please, find the CfP below.

School of European Culture and Languages

We shall be celebrating Skepsi’s tenth anniversary with an interdisciplinary conference that has as its focus memory or more particularly the phenomenon of the anniversary with its dual attributes of celebration and commemoration, depending on the nature of the event which is being remembered. In either case, it sometimes seems that the manner in which the occasion is marked has become a ritual, an opportunity to contemplate how things have changed in the intervening years, how we travel and come to terms with and reflect on past events. At the same time, however, we also wonder why and for how long we need to remember.

Remembering past events and marking their anniversary is not a simple process: one person’s celebration is another’s commemoration, as the present division between Greek and Turkish Cypriots bear witness, arguably a legacy of violent historical events in the past visited on one side by the other. During attempts to resolve the problem, the need to mark such events in any way has been questioned; some suggest that a more effective way to re-join the divided communities would be for such memories to fade.

Why do we feel compelled to remember once a year events from the past, not only those from our own lives but those which we may never have personally experienced? What are we remembering? Does the act of remembering gradually metamorphose into a ritual the significance of which become hazy) These and other questions can be debated at our interdisciplinary conference. Suggested topics include, but are not limited to, the following and their interrelations:

•       National and Personal Identities
•       Voluntary Memory (conscious commemorating) and/or Involuntary Memory (the traumatic aspect of remembering) which links to the idea of (un)consciousness
•       Individuality and Collectivity
•       Gender and Identity/ History
•       Time and Recollection (the need for remembrance/ effacement; the relation between time and space)
•       Remembering and The Psychological Impact (trauma)
•       Belonging and/or Unbelonging (affinity and/or estrangement to a place)
•       Historical Commemoration (e.g. the Holocaust memorial)
•       The Literary Representation of History

Papers should last for 20 minutes and will be followed by a 10-minute discussion. Abstracts of approx. 300 words should be sent as word documents to the conference organising committee at: skepsi@kent.ac.uk by 17th March 2017. The e-mail should also include the name of the author, institutional affiliation and brief autobiographical details. Please, also indicate any audio-visual requirements that you may have. 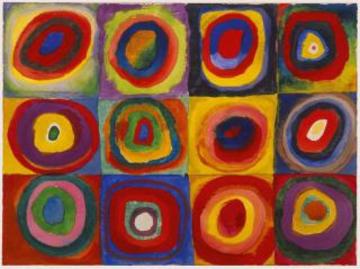