Ever wondered what makes a poem cyber? Have you been thinking about how cognitively-informed approaches to literature can deepen our understanding of the embodied and affective processes that underpin meaning-making, including literary reading? In that case, come to OCCT's events in Week 3. Tong King Lee (University of Hong Kong) will give a talk entitled Modalities of Cybertext Poetry: John Cayley vs. Hsia Yu in Seminar Room 1, 48 Woodstock Road, St Anne's College on 30 January (5:15pm). The very next day, 31 January (5:15pm), Giovanna Colombetti (University of Exeter) will give a talk called Alluring Objects, Scaffolded Minds: How We Use the World to Transform Our Affective Life at the Radcliffe Humanities Building.

On Monday of Week 2, the Discussion Group took place in the brand New Library and Academic Centre at St Anne's, and will take place again in Week 4.

In scholarly discussions of the strange and elusive presence of Greek drama, and tragedy especially, in and around sixteenth-century European drama, the availability of Latin translations of the ancient Greek plays has become an oft-invoked phenomenon.

This conference focuses on the ways in which Greek drama ‘lived’ in Latin, leading up to and coinciding with an extraordinary period of dramatic and literary composition across Europe in the Early Modern period. By bringing together scholars in Classics, Comparative and World Literature, English, Theatre, and Translation, this conference aims to create a forum for rich and nuanced discussion of the multiform and variously situated acts of reading and translation of Greek drama during this period.

It is hoped that case studies – where acts of reading or translation can be seen to have wide implications for our understanding of the presence of Greek drama in literature at this time – will be complemented by papers highlighting more thematic or methodological considerations.

Papers may address (but need not be limited to) any of the following questions:

Please send an abstract of no more than 350 words (for a 30-minute paper), together with your name and contact details, to lucy.jackson@kcl.ac.uk by 16 April, 2018.

2. The World Literature Society will host its next event on Monday January 29th at 7pm.

It will be the second meeting of WLS's multilingual literary salon, this time porspectively featuring contributions in Spanish, Dari and Scottish as well as a theoretical contribution by Rebekah Vince from Warwick University.

The Society for Pirandello Studies invites entries into its two annual essay competitions, one for undergraduates and the other for bona fide postgraduate students.

The life and/or writings of Luigi Pirandello shall constitute at least half of the essay’s subject; e.g. a balanced discussion of Pirandello and one other writer is acceptable.

After initial consultation with a tutor or supervisor the essay must be the entrant’s own unaided work.

No abstract is required. A bibliography may be appended at the competitor’s discretion and is not included in the word-count.

The essay must adhere to the style of Pirandello Studies, or of the MHRA or the MLA. The essay must be submitted electronically to sps.essay.competition@gmail.com by 30 June 2018.

By the same date a message must be sent to the same address by the entrant’s tutor or supervisor stating that the entrant is a registered undergraduate or a bona fide postgraduate student and that, as far as the writer is aware, beyond initial consultation the essay is the entrant’s own unaided work.

The entry must be submitted as a Word document in the font Times New Roman, 12-point. The entry must indicate for which competition it is intended and include the entrant’s name, the academic institution where they are registered and the name and e-mail address of their tutor/supervisor.

The prize in each competition will be publication of the winning essay in the Society’s journal Pirandello Studies, volume 39 (2019), whose editor may advise the author about modifications prior to publication.

In each competition the judges reserve the right to award no prize if they deem no entry to have reached an appropriate standard.

The results of the competitions will be communicated by electronic mail to all entrants by 1 September 2018.

The judges’ decisions will be final and no correspondence about them will be entered into.

Novel Saints. Novel, Hagiography and Romance from the 4th to the 12th Century

The early history of the novel has not been written yet. The oldest representatives of this genre (also called ‘ancient romances’ in scholarship) were written in Latin and Greek in the first few centuries of the Common Era. Often, scholars have observed an interim period between the fourth and twelfth centuries from which no novels are said to have been preserved, and identify a so-called ‘re-emergence’ of the genre in Byzantium. Building on recent research that studies hagiography as literature, this conference of the ERC project Novel Saints (Ghent University) aims to challenge this view by studying hagiography as a continuation of novelistic literature during the so-called ‘dark age’ of the novel. A number of texts from this period have already received attention for their novelistic qualities, such as Ps-Nilus’ Narrationes, Ammonius’ Report on the Slaughter of the Monks of Sinai and Rhaithou, the Historia Monachorum, Palladius’ Historia Lausiaca, The Martyrdom of Galaction & Episteme, Jerome’s Lives of Malchus, Paul and Hilarion, and the Syriac Life of Abraham and his Niece Mary. Moreover, both ancient fiction and some of these (and other) hagiographical narratives are known to have impacted medieval romance (e.g. Metiochus and Parthenope as a source for the Persian love romance Vāmiq & ‘Adhrā and the Life of Saint Eustace/Placidas for chivalric romance in the West).

The conference aims to examine the persistence of ancient novelistic material in hagiography and instances of continuity of novelistic and/or hagiographical strands in medieval romances in the West, Byzantium and Persia. We invite papers exploring intersections between two or three of the following narrative traditions:

2) hagiography from the fourth to the twelfth century, including Lives, Martyr Acts, hagiographical romances, and edifying tales written in Greek, Latin, Syriac, Arabic, Armenian, Georgian, Ethiopian and Coptic; and/or

3) medieval romance in the West, Byzantium or Persia.

Of particular interest are contributions that study:

• ancient fiction as a literary model in hagiography alongside other models (such as the Bible);

• conceptualizations of overlaps and similarities between novels and hagiography. Which theoretical concepts, tools or frameworks are useful to do so?

• evidence of the circulation of ancient fiction in Oriental Christian literatures like Syriac, Arabic, Armenian, Georgian, Ethiopian, and Coptic, which can lend support to discussions of the impact of the ancient novel on the hagiographical production in those languages;

• implications of persistences of ancient pagan or Jewish fiction into Christian hagiography (or vice versa in the case of later novels, such as Heliodorus’ Aethiopica): religious implications, literary implications; implications for the concepts of fiction at work, etc.;

• the continuation of hagiographical narrative traditions into medieval Western and Eastern romance;

• generic awareness: which are markers in hagiography that proclaim awareness of the novelistic tradition, indicate affinity with and/or a distance from it (or vice versa in the case of later novels)? To what extent and how do writers of novels, hagiography and/or romance present themselves as belonging to a particular genre and/or narrative tradition?

• the usefulness of the concept of genre: how useful is our current generic classification, labelling texts as ‘novels,’ ‘romance’ or otherwise, and establishing and promoting distinctions between ‘novels,’ ‘romance,’ ‘fictional biography’ and ‘hagiography;’ between ‘core novels,’ ‘fringe novels;’ ‘family romances,’ and ‘hagiographical romances;’ between ‘epic passions’ and ‘historical passions,’ etc.? Are there alternative ways to think about and study these texts and their interrelations?

Please send your abstracts to Flavia Ruani (flavia.ruani@ugent.be) by 15 April 2018

Abstracts (350 words max, in English or French) should include name, title of proposed paper, affiliation, and position. Notification about participation will be emailed by 15 June 2018. 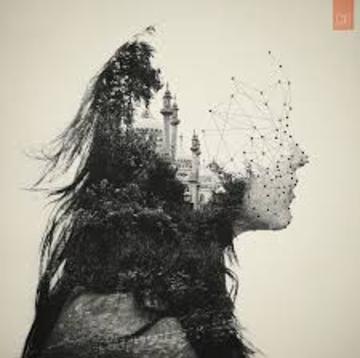