Irene is the Latin form of the Greek name Eirene; and Eirene is just the common Greek abstract noun for ‘Peace’, used as a female name.  LGPN has 219 instances so far, a fairly modest total, but the city of Rome adds a startling 353 more.  Like many abstract nouns used as names, it is a late starter: no example before the 4th c. BCE, only 58 before the year 1 CE.  The adjective Eirenaios (Irenaeus in Latin), ‘peaceful’, formed from the abstract noun, was used as a male name and yields more attestations (380 - but just 81 at Rome).  This does not mean that it was more popular; it is just the case that many more men than women have left traces of themselves from antiquity.  An epigram variously ascribed to two poets of the 3rd c. BCE (Anth. Pal. 5.194) introduces us to an alluring  young girl called Eirenion, a diminutive form: probably an ogling expression, ‘little Eirene’, rather than a name (there being no example of its use as an actual name).  What, if anything, the name Eirene might say about the bearer’s social status is unclear to me.  Already in or near the third c. BCE it seems to be borne by both slave and free.  The daughter of Ptolemy Soter, first of the Ptolemies of Egypt, was an Eirene, and married another king, Eunostos of Soloi in Cyprus.  Her mother, it is true, was the courtesan Thais, but presumably the father did not wish to underline that association by giving his daughter a disreputable name.  The Irenes of Rome, however, are almost all of low status.  Many of them are Christian: the name was obviously attractive to Christian admirers of peace.  Several Eirenes underwent martyrdom; one is said to have tended the wounds of St Sebastian when shot through with arrows during Diocletian’s persecution.

The name’s glory days came later, after LGPN’s cut off date of c. 600 CE.  Any low associations it may have had have now vanished. The career of the aristocratic Eirene Sarantapechos was full of highlife drama. To serve as de facto empress in Byzantium after the death of her husband, Leo IV, in 780 (the coin shown here calls her basilissa, ‘Queen’); to oppose iconoclasm; to seek a second marriage to Charlemagne (or so it was rumoured); to be the inadvertent cause of Charlemagne being proclaimed Holy Roman Emperor, since the Pope could not accept a woman in the role;  to be challenged for the throne by her own son, for whom the attempt had a horrible end after the Byzantine manner: she could serve as the main character (perhaps not heroine) of a novel in the manner of Gore Vidal.  In the next century another aristocratic Eirene narrowly escaped marriage to the emperor Michael, and became instead abbess of Chrysovalantou in Attica and a wonder-worker (still esteemed as such).  A later Byzantine empress, a daughter of the king of Hungary, was not born Eirene but took the name on marriage to John II Komnenos in 1104.

Dr Johnson wrote a play Irene, but the name was not in use in his day: the play was set in Constantinople in 1453.  The name apparently reached this country only in the late 19th c. (the masculine Irenaeus never has), and peaked in popularity (both here and in the USA) in the 1920s: symptomatic of its rise were Irene née Heron, the beautiful wife of Soames Forsyte in Galsworthy’s  The Man of Property  (1906), and the musical Irene, which opened on Broadway in 1919 and ran for 675 performances, a record at the time.  But supreme among fictional Irenes is surely Irene Adler, she who ‘to Sherlock Holmes was always the woman’ (first sentence of ‘A Scandal in Bohemia’).  She was, we are told, born in New Jersey in the year 1858: a slight anachronism, or did the name start earlier in the USA? 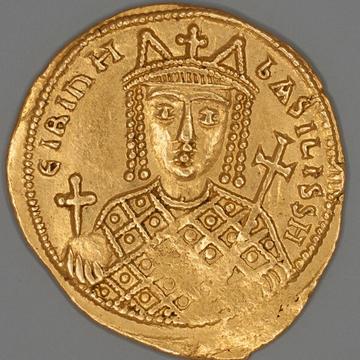