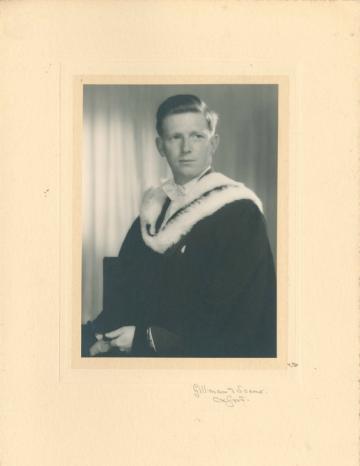 How will a collection of audio recordings help us understand more about the structure and history of a language? Recent years have seen an increased popularity of collaborative work and ‘crowd’ involvement in academic research and cultural heritage institutions, where researchers, curators, and librarians aim to involve the public in the production of new scholarship and in order to achieve better engagement with collections. ISTROX: the Istro-Romanian Language and the Oxford University Hurren Donation, a project which started in September 2018 and will run for two years in Oxford’s Faculty of Linguistics, Philology, and Phonetics, aims to involve both academics and the general public in researching and understanding a virtually unknown body of audio material donated to the Taylor Institution Library (Bodleian Libraries).

In 2010, the Taylor Institution Library received the generous donation of reel-to-reel and cassette-tape recordings of the Istro-Romanian language, made in the 1960s by the Oxford linguist H. A. (Tony) Hurren; to these were later added field notebooks and other materials.  Istro-Romanian is recognized by UNESCO as a severely endangered language. It is spoken today in the Istrian Peninsula (Croatia) and by perhaps a few hundred people world-wide, most notably in North America and Australia. Istro-Romanian is a Romance language, therefore related to Italian, French, or Spanish, and most closely related to Romanian, from which it became perhaps a thousand years ago. Its structure and development has been profoundly and distinctively affected by centuries of contact with a Slavonic language, Croatian.

The Hurren Donation includes thirty hours of audio material which comprises responses to questionnaires on grammatical and phonological structure, folktales, narrations of local traditions, and autobiographical stories told by thirty-six speakers of the Istro-Romanian language. Given the brief attested history of the language (there are few texts, and no scientific descriptions, before the twentieth century), the Hurren Bequest constitutes a major portion of the history of this language. In short, this donation is  a significant missing element  in the history of a fascinating and severely endangered European language. The ISTROX team is aiming to make it available to linguists and to the world at large.

The ISTROX project is funded by Oxford University’s John Fell Fund, and is led by Professor Martin Maiden (Professor of the Romance Languages), and two Research Associates, Dr. Oana Uță Bărbulescu (a researcher in the history and structure of the Romanian language) and Dr. Adina Brădeanu (a visual studies / cultural heritage researcher who is also Subject Consultant for Romanian Studies at Taylor Institution Library).  ISTROX has a dual aim. One is to make the Hurren material available for linguists, transcribing and analysing the material we possess and highlighting the points of general linguistic interest. Istro-Romanian has hitherto been little-known, and descriptions of it have been relatively inaccessible, usually being published just in Romanian language. In the long term, the work of the project will lay the foundations of a comprehensive history of the Istro-Romanian language, something which has never been attempted before, and will fill a significant gap in our knowledge of the history of the structural evolution of the Romance languages.

The project will combine the specialist techniques of linguistic analysis with tools and methods from Digital Humanities. In a world which relies increasingly on online interactions, the ISTROX researchers plan to crowdsource the most problematic aspects from the transcription and translation of the audio material by involving the remaining speakers of the language in the process through an online platform. While conventional crowdsourcing projects aim to attract as wide a ‘crowd’ as possible, ISTROX researchers plan to resort to what, in recent years, has been described as ‘community sourcing’ or ‘targeted crowdsourcing’, by relying on the existing, albeit limited, number of speakers of Istro-Romanian available online, who will be invited to contribute their knowledge online and will subsequently be credited as peer contributors at the end of the project. Upon completion (August 2020), ISTROX will make all the ethically cleared original material and resulting research data available online for the benefit of the scholarly and the Istro-Romanian communities.

The project has already started to open up Hurren’s research to future generations of linguists and to Istro-Romanians worldwide by making his Oxford doctoral thesis - “A linguistic description of Istro-Rumanian” (1972) - now available online through the Oxford University Research Archive (ORA). His unpublished type-written grammar from the 1990s is also going to be made accessible on the project website, which will be completed in May 2019.

If you speak or understand Istro-Romanian, or know anyone who does, and would like to keep in touch with this project, and possibly to contribute to it at a later stage, please email the project team at istrox@ling-phil.ox.ac.uk.