It’s all a matter of language…

As a Head of Sixth Form who teaches English Language A level, I was fascinated from the beginning with the project my Year 12 students have been working on with the Pitt Rivers.  One of the units I teach my students is about linguistic reflection, political correctness and the use of language to represent others.  Issues of prejudice, stereotyping and historical perception are exposed through the language on the labels of museum exhibits, and our conversations often revolved around how you educate visitors to understand the world as it is now – without losing the valuable insight into how people used to see it.

While the students chose objects and worked out their own creative or researched responses to them, I considered that issue of language and how it was used in a museum of such an international nature.

One of the most fascinating things when you visit the Pitt Rivers is the labelling: tiny pieces of card, bearing the ink-marks of historical ideas, most in the same cramped hand.  You can imagine anthropologists of the past, travelling from far-flung countries back to England and bringing home to Oxford evidence of these travels, to parts of the world most people didn’t then see.  Certain key facts needed to be preserved on the label: names, dates, places – often connecting the object to behaviour or beliefs: exotic behaviour and foreign beliefs.  Behaviour of ‘tribes’ or ‘natives’, and beliefs of ‘savage’ or ‘primitive’ people.  The labels, with their choices of language lodging them in the late nineteenth or early twentieth century, betrayed the sense of entitlement: the firm belief in European civilisation contrasted with the limitations of the rest of the world.

I was fascinated to discover that most of the labels in the museum were the work of Beatrice Blackwood, an anthropologist and leading light in the Pitt Rivers’ history, and, like me, a former student at Somerville College in Oxford.

Of course, those labels are a product of their era – and are actually just as interesting now as historical artefacts as the objects they accompany.  Marenka Thompson-Odium, Research Assistant on the Labelling Matters Project and driving force behind the students’ project, worked with the students initially to understand the issues behind their podcasts, and looked with them at some of the more vexed objects in the Pitt Rivers collection.  Objects they looked at included the Benin Bronzes, and both discussion of their history and how they were described as ‘antiquities … brought away by the members of the punitive expedition’ stimulated debate amongst the students.

Oxford Spires Year 12 students have really loved finding out more about the objects at the Pitt Rivers, and exploring issues of belonging, identity and language that have arisen through finding out more about them.  Their podcasts will be a record of their thinking about individual artefacts, and more broadly how museums communicate with their public.  The project, for me, will inform my teaching of English Language – and I hope may lead into more work at the Pitt Rivers next year with our students on the life and work of Beatrice Blackwood. 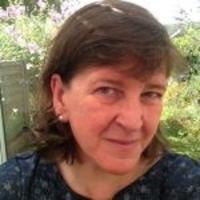