Professor Jeremy Treglown, FRSL is one of our panellists in the Textual 1 Workshop: Poetry and Life-Writing.  Treglown has written biographies of Roald Dahl, V. S. Pritchett and Henry Green.  From 1981 to 1990, he edited the Times Literary Supplement.

Franco’s Crypt: Spanish Culture and Memory Since 1936 was published in 2013.  The ‘crypt’ in question is the Valle de los Caídos (Valley of the Fallen)—the extraordinary mausoleum, memorial monument and basilica conceived by Francisco Franco to commemorate those who fell on the Nationalist side in the Spanish Civil War.  The complex, in the Sierra de Guadarrama, has the same massive commemorative ambitions as Philip II’s Escorial ten miles away.  But ‘Franco’s Crypt’ extends far beyond the Valle in Spanish memory and culture.  Treglown’s book excavates the legacy of the dictadura in areas ranging from hydroelectrics to exhumations, from the Universidad Nacional de Educación a Distancia (Spain’s Open University) to the Diccionario biográfico español (the 25-volume dictionary of national biography), from street names to the politics of academia, and, above all, in literature, film and art.

It is an even-handed book.  In 2007, Prime Minister José Luis Rodríguez Zapatero’s Socialist Workers’ Party passed the Ley de Memoría Historica (Historical Memory Law) which provided for recognition of victims on both sides of the Civil War while condemning the Franco regime.  Treglown is slow to condemn but at pains to understand and, in particular, to recognize generational changes in attitude.  ‘We learn more from trying sympathetically to understand the past, however bad it was’, he writes, ‘than from simply putting what we think we know of it under our own moral template’.

The task is hard in a country which, in Treglown’s words, has a ‘politically manipulated, culturally amnesiac obsession with “memory”’.  In his explorations of Spanish culture—novels, poetry, drama, cinema, television, architecture—Treglown highlights collaboration and pragmatic thinking-towards-the-future.  Olvido (forgetting) has its merits.  ‘Doesn’t forgetting have cultural value’, he questions, ‘just as it does psychological value?’ A passage from Anatomía de un instante (The Anatomy of a Moment) by Javier Cercas, a non-fiction work which, like Cercas’s novel Soldados de Salamina (Soldiers of Salamis), traces ‘the connectedness of opposed sides’, demonstrates the pitfalls of remembrance.  ‘History fabricates strange figures, frequently resigns itself to sentimentalism and does not disdain the symmetries of fiction’, writes Cercas.  But by ‘shelving, not forgetting the past’, those on the losing side in the Civil War avoided an ‘“ignominious settling of scores”’ and ‘drew attention away from the fact that they were restoring, in more workable form, the system that had been defeated in 1939’.  Quietly getting on with it earns Cercas’s approval, and Treglown sets his attitude in a wider philosophical context: ‘It was as if they had all read Max Weber and thought, like him, that there was nothing more abject than to seek only to be right’.

Treglown both believes that historical truth is accessible and accepts that it is incorrigible.  He quotes the poet Carlos Piera who remarked that:

mourning … [is] completely independent of whether or not there is reconciliation or forgiveness … In Spain, we have not carried out this mourning, which implies amongst other things a public recognition that something is tragic and above all, that it is irreparable … It is accepting the existence of a void as part of us.

The ‘void’ recalls the book’s figure of the crypt, a hollow at the centre of Spanish cultural memory.  It is alluded to again by the novelist and poet Ramón J. Sender in his autobiographical novel Contraataque (published in English as The War in Spain).  In what Treglown describes as ‘an unmatchable coda’, Sender writes:

These are the facts, without qualification … I have related them as they were told me, in the fewest possible words.  The words I could use have not been spoken, and I wish to keep them in the realm of words that have not been created, in the recesses of the soul in which everyone keeps dead hopes.

These hypothetical, unspoken, uncreated words are words we both know and cannot bring ourselves to know.  Their (non-)existence is the central question of Post-War’s Textual Strand.

Treglown’s readings of literature, art and film in Franco’s Crypt are always absorbing and often revelatory.  His coda, or postscript, is superb.  Having surveyed the progressing and stalled initiatives of memory recovery in Spain, he returns to a woman who had been keen to find the remains of her great-grandfather, shot by the Falangists.  The woman has had her first baby and is no longer so eager to engage with the past.  A complex moving on, Treglown implies, will consist of individual acts of closure. 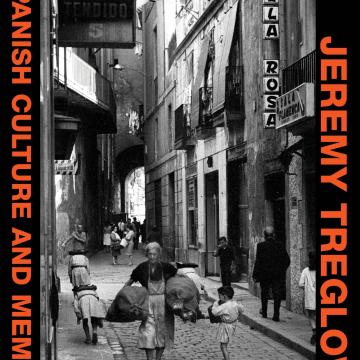