Flair Donglai Shi (施东来) is a DPhil candidate in English at the University of Oxford. His thesis focuses on the Yellow Peril as a travelling discourse in modern Anglophone and Sinophone literatures. In this blog post, Flair examines the power and paradoxes of the Chinese television personality Jin Xing.

When you type ‘Jin Xing’ into Google Search, numerous articles written in English appear— articles which introduce this major Chinese TV personality to the Western audience as ‘China’s transgender TV star,’ ‘The Oprah of China, Who Happens to Be Transgender,’ ‘The Badass Transgender Talk Show Host in China’…etc. It seems that the name is almost always attached to the labels ‘transgender’ and ‘China/Chinese.’ However, if you type in her name in Chinese 金星 into the search bar of China’s most popular search engine Baidu, news articles simply address her as ‘Dancer Jin Xing’ and ‘Talk Show Host Jin Xing.’ This is Paradox One of the Jin Xing phenomenon in global China today: many in the West find it surprising that an ‘authoritarian’ country like the People’s Republic of China would be so accommodating of this transgender star. However, the constant highlighting of her transgender and national identity in the reports of Western media outlets appears to upset the conventional binary of ‘progressive West’ vs. ‘repressive China’.

Jin Xing is fully aware of this paradox and is, to a significant extent, taking advantage of it. Born in Northeast China in 1967, Jin Xing grew up as the only male child in an ethnic Korean family and was trained as a dancer in the Art Troupe in the Chinese military. Having won a major award as China’s best young male dancer, in 1987, she took the opportunity to go to New York to study modern dance and soon won the Best Choreographer Award at the American Dance Festival with her representative work Half Dream 半夢. Upon her return to China in 1993, Jin Xing quickly established herself as the pioneer and leader of the field of modern dance in China. In 1995, she became the first public figure to undergo sex reassignment surgery in China. However, it was in the 2010s that she became a media icon. Her rising stardom was due to her sharp-tongued and frank comments as judge for various celebrity dance competitions in China. Her straightforward manner brought flocks of fans, and so, in 2015 she took the opportunity to start her own talk show. Until late 2017, The Jin Xing Show was the most popular TV program of its kind in China and drew many overseas Chinese communities, with each episode reaching over three million online views. Often appearing ininternational interviews and events (such as The World Economic Forum in 2017), Jin Xing addresses the Western preoccupation with identity politics with a strategy of engaged nonchalance. Or, as Jin Xing puts it, quoting The Beatles, we should just ‘let it be.’ Moreover, she often laments that Western identity politics witnessed may not necessarily be beneficial for China’s queer communities:

‘I remember clearly, in the 1970s, I often saw two boys holding hands on the street, even the military soldier, and that was a very normal thing. But now, after China opened up to the world, we have so much Western information and thinking flowing in, and everything became labelised. If two men are too close, they are gay; if two women are too intimate, they are lesbian. Come on, the society suddenly became so alert…even more tense (than the old times)… Some things are perhaps better being left alone, and every culture has their own way of dealing with things.’ (Speech at Contemporary visions of sexuality in China Conference in Melbourne 2010)

Jin Xing’s awareness of a certain kind of transcultural mismatch between China and the West seems to echo the recent development of international academic discourses on transgender China, which strives to ‘making a distinct departure from a ‘trans/gender’ epistemology rooted in Western culture…[and] reconceptualizing our categories from a fundamentally global viewpoint’ (Howard Chiang, 2012: 11). However, it also informs her normalising agenda and laissez-faire attitude towards queer politics in China, recalling, in a sense, the romanticising tendencies found in Michel Foucault’s L'Histoire de la Sexualité (1976-1984) and Chou Wah-Shan’s Tongzhi: Politics of Same-Sex Eroticism in Chinese Societies (2001) towards ‘Old China.’ Similar to Foucault and Chou’s utopian imaginary of premodern Chinese culture—a place of endless (homo-)erotic and artistic possibilities free from categorical thinking—Jin Xing conjures up a pre-capitalistic China where the boundaries between homosociality and homosexuality are vague due to (wilful) collective ignorance. Functioning as a response to Paradox One, this performative emphasis on cultural relativism in the face of the current quasi-imperialistic spread of (a kind of flattened or imagined) Western identity politics under global capitalism is Paradox Two of the Jin Xing phenomenon. Namely, in this case, the deconstructive power of queer awareness is often mobilised towards an almost essentialised nostalgia of Chinese-ness before an international audience, while for the domestic Chinese audience, this power is appropriated to de-politicize and discourage identarian thinking.

This then explains Paradox Three of the Jin Xing phenomenon: a high-profile queer celebrity known for her sharp-tongue and subversive personality often advocates heteronormative ideologies on relationships, marriage and familial obligations, packaged as a model of ‘traditional Chinese virtues,’ in her programmes. Not only is she known for constantly nagging her celebrity guests on The Jin Xing Show, encouraging them to get married and have children, but in 2016 she took this to new heights with her new show called Chinese Dating 中國式相親, in which parents were invited to choose potential spouses for their children (as same-sex marriage has yet to be legalised in China, this is, of course, a game exclusively for heterosexual couples). The show has since attracted much criticism from young Chinese netizens, some even labelling Jin Xing as having ‘straight man cancer 直男癌,’ a feminist buzzword usually aimed at patriarchal and masculinist men. Indeed, these paradoxes trigger a series of questions at the core of today’s queer cultural politics: To what extent do public figures carry the burden of representation in relation to their identities and communities? In what ways can countries in ‘the Global South’ absorb the agency for positive change embedded in the identity politics of ‘the West’ without compromising their queer creativities to subvert both imperialist and nationalist tendencies? Does Queer Theory’s emphasis on fluidity and performativity merely play into the pragmatic game of capital accumulation and personal gain?

These are difficult questions, and more often than not, they generate ideological factions among scholars, activists and others. In the case of queer China today, I think the least I can say is that I agree with Jin Xing when she says, ‘Look at me and what I have done myself…it’s already a big statement for the LGBT communities in China.’

Oxford Chinese Studies Society (OCSS) is hosting Jin Xing at the University of Oxford in early March 2018. On the 5th of March, Jin Xing will give a talk organized by OCSS. Please check the OCCS Facebook page for further details: https://www.facebook.com/oxfordchina/ 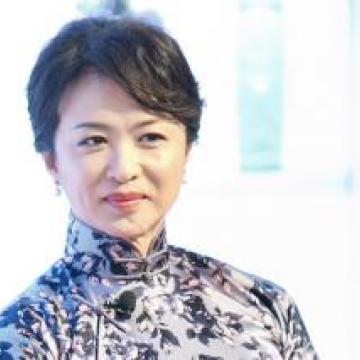