Kofoworola Moore at the University of Oxford

Kofoworola Moore at the University of Oxford

In recent years, there has been renewed interest in the experiences of Indian, African, and Asian colonial students at Oxford University. While we know much about figures like Cornelia Sorabji, the first Indian woman to graduate from the university and later renowned lawyer, or the historian and first Prime Minister of independent Trinidad and Tobago Eric Williams, one figure who is still unknown is Kofoworola Moore. In 1935, Moore became the first African woman to graduate from the University of Oxford. She is also notable for writing a first-hand account about her experiences in Britain, which appeared in colonial expert Margery Perham’s 1936 edited collection, Ten Africans.

Born into an elite Yoruba family in Lagos, Moore arrived in England in 1924 to attend Portway College. This was a private school in Reading which had a long tradition of accepting West African girls, including her friend Stella Thomas, who was the first African woman to be called to the Bar. In 1931, Moore finished her secondary education and after passing the entrance examination to St Hugh’s College was admitted to read ‘Groups’ (a combination of humanities and social science subjects)  a year later.

Although Moore initially felt homesick and expressed dismay at being the only African female student at Oxford, she soon settled into student life. She became active in a number of student societies: the African Society, the English Literature Club, the Anthropological Society, the Labour Club, the Geographical Society, the Imperial Club, and attended meetings of the Indian Students’ Union and the Oxford Union. She shared a wide friendship circle with students from the UK, Europe, Asia, the Caribbean (for example the Barbadian lawyer Hugh Springer). One of her friends from the United States was Merze Tate, the first African American woman to receive a graduate degree from Oxford University.

While she stated that she did not encounter any overt racism during her time in Britain, Moore declared that what she found that ‘more exasperating than the more acute form of colour-prejudice is being regarded as a “curio” or some weird specimen of Nature’s product, not as an ordinary human being’.[1] She found incidences of ignorant attitudes:  ‘ineffectual remarks about our “amazing cleverness” at being able to speak English and at being able to wear English clothes’ were ‘exceedingly irritating’.[2]

In 1935, Moore passed all of her examinations and the following year she returned to Nigeria, married an influential lawyer and became an important figure in the education sector. She also played a role in women’s organisations and the Red Cross, which led her to becoming a Member of the Order of the British Empire. Towards the end of her life, Moore authored a number of children’s books.

In 2002, at the age of eighty-nine Moore died following a sudden illness. Moore is just one of many other colonial students whose experiences need to be uncovered in order for the complex histories of race, gender and colonialism at the University of Oxford to be fully understood.

Voices Across Borders is always looking for new Race and Resistance Research network members to contribute to this blog. If you would like to write a piece, or if you have a response to a blog entry you have read here, please e-mail the Voices Across Borders editor, Tessa Roynon (tessa.roynon@ell.ox.ac.uk).  The viewpoints expressed in Voices Across Borders are those of the individual contributors and do not necessarily represent the views of the University of Oxford. 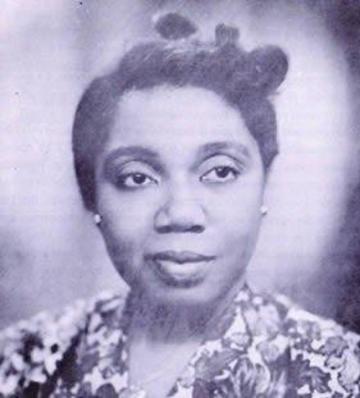