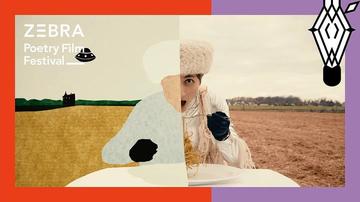 Landschaft Film ‘leuchtende schafe’ (shining sheep) based on the poem by Ulrike Almut Sandig and performed by Landschaft with Grigory Semenchuk with film by Sascha Conrad has been selected for Poetry on the road 2021. The Haus für Poesie in Berlin presents election of the best poetry films that have competed in the Zebra Film over the last years. It was the first and is still the biggest international platform for short films based on poetry.

Thomas Zandegiacomo Del Bel (born 1968) studied German, Romance Studies and Media and Communications Science in Mannheim. He works as a research fellow at the ZKM | Zentrum für Kunst und Medien (Centre for Art and Media) in Karlsruhe and at the Deutschen Kinemathek (German Cinema Library) in Berlin. He has been Artistic Director of the ZEBRA Poetry Film Festival since 2006.

TORCH are delighted to be supporting Landschaft as part of the Humanities Cultural Programme. For more details on this project, led by Karen Leeder, please visit: https://torch.ox.ac.uk/landschaft