Law and Ethics in Never Let Me Go

Law and Ethics in Never Let Me Go

Jemima reports on our Michaelmas Term seminar, which was co-hosted with the Law Faculty’s Medical Law and Ethics Postgraduate Discussion Group.

On 23rd November 2016, the Fiction and Human Rights Network (FaHR) held its first lunchtime seminar of the academic year. The seminar centred on the acclaimed 2005 novel Never Let Me Go by Kazuo Ishiguro, the story of three clones whose predetermined destinies oblige them to have their organs harvested until three donations are secured and their lives thus ‘completed’. The presentations given on the novel and subsequent group discussion provoked an engaging debate surrounding the concept of ‘personhood’ as represented within literature and medical law.

Imogen Goold, Associate Professor of Law at St Anne’s College, whose background is in the use of property law to regulate human body parts, outlined the legal and philosophical issues of the novel. Do the donations made by the clones represent authentic altruism, she asked, if they are not the product of autonomous choice? Dr. Goold explained how UK law currently favours autonomy over altruism, particularly in cases where the person is unable to decide for himself or herself. Would the utilitarian principle of sacrificing one life in order to save five others, as proposed in the novel, be a profitable approach for the law to adopt, or rather a harmful and dangerous one?

Dr. Goold also introduced the concept of ‘personhood’ as defined under UK law, and made the point that in Never Let Me Go it is in fact art which provides proof of personhood. Clones who prove their personhood through artwork submitted to Madam are able to absolve themselves of providing further organ donations, and so art preserves not only human dignity but human life.

Michelle Kelly, Departmental Lecturer in World Literatures in English at Oxford and convenor of the ‘Law and Postcolonial Literature’ course, then raised some of the key literary issues posed by the novel. Dr. Kelly noted how elements of science-fiction in the novel are juxtaposed with the ordinary, everyday language of the prose, harnessing this language so as to normalize violent, extraordinary actions.

Ishiguro broadens the genre of the Bildungsroman, or ‘coming-of-age’ novel, so as to encompass the perspectives of three protagonists, a formal technique which introduces a dialectic between the dignity of the individual and the servility required of each individual in the interests of the collective good.

In contrast to the positive view of art as presented by Dr. Goold, Dr. Kelly argued that art could also fulfil the dangerous role of shrouding a murderous regime such as that of the Hailsham institution in an illusory rhetoric of altruism and care, inspiring a quietism which pacifies any form of resistance.

The following half-hour slot proved all too brief for the rich discussion which led on from this. Attendees were eager to share their personal reflections on the novel, including some of its ambiguities and perceived shortfalls, not least its glossing over key medical detail and the fact that it never shows the ‘good’ which comes of the sacrifices made by the clones. Yet these ambiguities are perhaps what give rise to the reader’s own imaginings, and therefore provide some of the novel’s power to provoke.

Other topics of discussion included how cloning might develop so as to create the closest replica to a human body possible whilst preventing this body from assuming ‘personhood’ under the law, and the linguistic underpinning of the law which figures court cases as language games, with each side looking to manipulate the law through loopholes created by the nuances of language.

This brief but lively discussion demonstrated the power of literature to provoke not only deep personal reflection but a wide-ranging exchange of opinions. It also exemplified the proximity of law and literature as institutions which rely upon language and its malleability.

Many thanks to Imogen Goold and Michelle Kelly for providing the impetus for the group discussion, and to all those who attended the event and participated with enthusiasm. We look forward to our events this term, including a discussion on the Haitian-American author Edwidge Danticat, with guest speaker Charles Forsdick, and an event in collaboration with the Comics and Graphic Novels network on comics and human rights.

Jemima Paine is completing the MSt in English and French and runs the publicity side of the Fiction and Human Rights Network, for which she is also the blog editor. 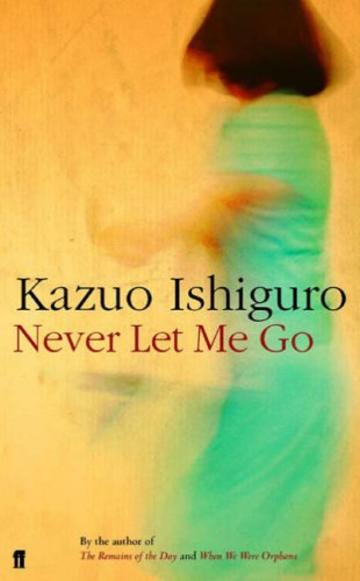