Kate McLoughlin’s Fellowship enabled her to begin exploring her research theme of literature and silence through a partnership with the Oxford Quaker Meeting. She explains, ‘I wanted to cast my intellectual net widely. I didn’t yet know what form of output my research would eventually take. I didn’t know what literary periods I would concentrate on, what literary genres, even what nationalities of literature.’

Kate reports, ‘We explored feelings of being struck dumb by love, speechless with awe, beyond words in religious ecstasy, speechless with grief. We read poems contrasting wise reticence with foolish cant and chatter, and poems about those awkward moments when someone should speak but nobody does.’

While Kate developed an understanding of what silence means to people for whom it is a large part of their spiritual lives, she was able to offer them the opportunity to reflect on their spiritual practice through literature. ‘For me,’ she says, ‘putting on the workshops opened up an extraordinarily rich seam of poetry about silence that I hadn’t realised existed.

For the participants in the workshops, it seems to have been an enjoyable experience and an opportunity to look at their spiritual practice from a different angle.’ Their comments included ‘This was a marvellous opportunity to engage with poems previously unknown to me,’ and ‘I wish we could do more!’

Kate has now been awarded a three-year Major Research Fellowship by the Leverhulme Trust, in which to write a literary history of silence that will be published by Oxford University Press. Together with Dr Suzan Meryem Rosita Kalayci, she was also awarded funding for Public Engagement with Research. Kate comments, ‘We put on a series called Into Silence in 2018–19. In 2019–20, joined by Willem Kuyken, Ritblat Professor of Mindfulness and Psychological Science in the University, we’ve established a TORCH Network called the Silence Hub.’ 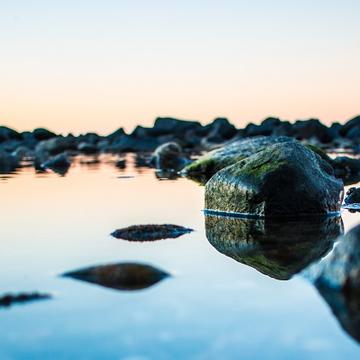