Welcoming Lolita Chakrabarti as our next Visiting Fellow 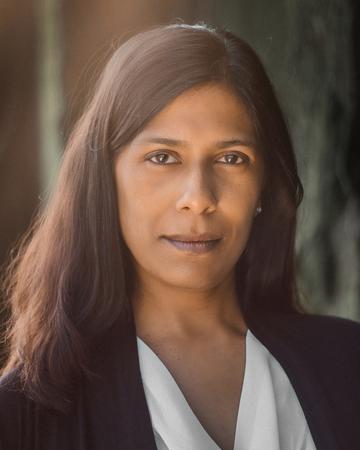 As part of the Humanities Cultural Programme, TORCH is delighted to announce our next Visiting Fellow in Theatre – acclaimed playwright and actress Lolita Chakrabarti.

The Visiting Fellowship will include Lolita live in conversation at 5pm on Thursday 13 May, speaking about her wide-ranging career and honing in on her most recent production, Hymn. Other events will see Lolita hold a Q&A for those interested in pursuing a career in theatre, and a Masterclass on her award-winning play, Red Velvet.

Lolita is an award-winning playwright and actress. Writing credits include the award-winning stage adaptation of Life of Pi, which will open in the West End in 2021, the ambitious Invisible Cities (MIF, Brisbane Festival), Hymn (Almeida Theatre) and Red Velvet, which opened at the Tricycle Theatre before transferring to London’s West End and New York.  She also curated The Greatest Wealth, a series of monologues marking the NHS on its 70th birthday for the Old Vic and was dramaturg on Message in a Bottle for ZooNation and Sadler’s Wells. Acting credits on stage include playing Queen Gertrude opposite Tom Hiddleston in Sir Kenneth Branagh's Hamlet (RADA), Fanny & Alexandra (Old Vic) and Free Outgoing (Royal Court).  Screen credits include A Casual Vacancy (BBC1/HBO), To Provide All People (BBC2), Beowulf (ITV), Jekyll and Hyde (ITV), Riviera (Sky), Criminal (Netflix) and Defending The Guilty (BBC).  Lolita can be seen on the forthcoming Wheel of Time (Amazon Prime) and Vigil (BBC).

This Visiting Fellowship as part of the Humanities Cultural Programme underscores our commitment to fostering and promoting the exchange of knowledge, research, and practice between theatre makers and the University. We greatly look forward to this partnership with Lolita. Find out more here.