My current DPhil research into early modern English Protestantism, which involves significant use of manuscript sources, inspired me to pitch this project idea at the summer school. I received funding to organise and run a series of workshops on how to read sixteenth- and seventeenth-century English handwriting. These will be held at three county record offices outside of Oxford (Berkshire, Gloucestershire and Essex) over the next few months. 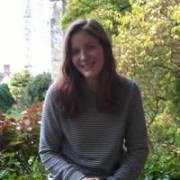