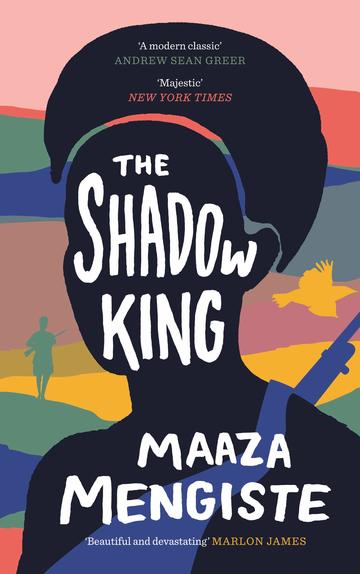 The Shadow King has been described as ‘devastating’ by Marlon James, and ‘brilliant’ by Salman Rushdie.

Synopsis of The Shadow King

With the threat of Mussolini's army looming, recently orphaned Hirut struggles to adapt to her new life as a maid. Her new employer, Kidane, an officer in Emperor Haile Selassie's army, rushes to mobilise his strongest men before the Italians invade.

Hirut and the other women long to do more than care for the wounded and bury the dead. When Emperor Haile Selassie goes into exile and Ethiopia quickly loses hope, it is Hirut who offers a plan to maintain morale. She helps disguise a gentle peasant as the emperor and soon becomes his guard, inspiring other women to take up arms. But how could she have predicted her own personal war, still to come, as a prisoner of one of Italy's most vicious officers?

The Shadow King is a gorgeously crafted and unputdownable exploration of female power, and what it means to be a woman at war.

Maaza Mengiste is the author of the novels, Beneath the Lion's Gaze, selected by the Guardian as one of the 10 best contemporary African books; and The Shadow King, a finalist for the LA Times Books Prize, a New York Times' Notable Book of 2019 and one of TIME's Must-Read Books of 2019. She is the recipient of an American Academy of Arts and Letters award, the Premio il ponte, and fellowships from the Fulbright Scholar Program, the National Endowment for the Arts, Creative Capital, and LiteraturHaus Zurich. Her work can be found in The New Yorker, New York Review of Books, Granta, the Guardian, the New York Times, Rolling Stone, and BBC, amongst other publications.

We were fortunate enough to host Maaza Mengiste for a Big Tent, Live Event discussion, part of the Humanities Cultural Programme, one of the founding stones for the future Stephen A. Schwarzman Centre for the Humanities. Maaza spoke with Professor Elleke Boehmer, Birhanu T. Gessese, Professor Richard Reid, and Professor Tsehai Berhane-Selassie.

You can watch the discussion below: