Marie-Antoinette: a life in objects

Marie-Antoinette is the most famous Frenchwoman in history, recognised even by people who have no idea when she lived or what she really did. Catriona Seth, already widely published in French on Marie- Antoinette, has been seeking to recapture aspects of her world through objects connected with the French queen which are now in British public collections; among them are items of furniture, china, books and pictures.

Catriona brings her in-depth knowledge of Marie-Antoinette’s life, while curators from the Wallace Collection and Waddesdon Manor offer detailed insights concerning the objects themselves – not only how they were ordered, made and used, but also how, when and why they ended up in UK museums.

Catriona’s project will share these insights with the public through the medium of podcasts in English, produced by Chrome Radio (run by Oxford graduate Catriona Oliphant) and in collaboration with the museum curators. A further podcast, in French, involves a visit to the Conciergerie in Paris, where Marie- Antoinette was detained in the run-up to her execution, and a discussion with the director.

There are also plans for blog posts, and possibly a skills seminar for students and staff in handling and presenting objects to communicate research. The plans have been reshaped to take account of the impossibility of going into the museums during the COVID-19 crisis.

The podcasts will be reduced in number, but longer – and rather than being based on aspects of Marie-Antoinette’s life, such as her family and friends, they will instead be connected to three places: the Wallace Collection, Waddesdon Manor and the Conciergerie. They are intended to have a reach beyond academia and be of interest to a general public of all levels. The production of the podcasts involves participants in a three-way learning process: about making interesting audio, about Marie-Antoinette as an individual, and about the museum pieces.

The podcasts will range over subjects such as cabinet-making in the eighteenth century, and the history of collections. The listener, who will hear footsteps echoing through Marie-Antoinette’s cell or the key turning in the lock of her desk, will benefit from this triple input in a diverse and rich series which aims, by its choice of subject and preparation in two languages, to showcase historic and ongoing ties between France and the United Kingdom. 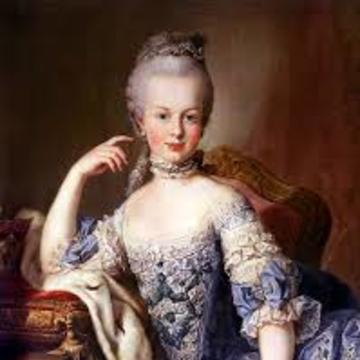