Ever wonder who helps usher in new developments in medieval studies at Oxford? Meet your Steering Committee! The OMS Medieval Studies Steering Committee is responsible for the selection of speakers for OMS events, running the interdisciplinary MSt in Medieval Studies, and bringing together the many faculties in the Humanities Division with interests in the global Middle Ages. These medievalists cover a wide variety of faculties, languages, interests, and research methodologies. 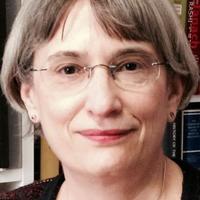 I took up the Chair of the Study of the Abrahamic Religions in the Faculty of Theology and Religion in April 2015. The main focus of my research is the interaction of medieval Christianity and Judaism within the broad context of twelfth and thirteenth-century theological and ecclesiastical developments. My current research concerns the study of medieval Canon Law through the lens of Christian-Jewish relations. The research centres on Gratian’s Decretum, the mid-twelfth-century collection of canons which systematized many thousands of ecclesiastical and theological texts spanning more than 1000 years of Christianity. I am interested in understanding why the Decretum, as it evolved from an initial iteration to a much fuller version incorporated a number of canons concerning Jews; I am examining how those canons were read and how they were commented on. The focus of my investigations is the unique twelfth-century Oxford manuscript, which is now MS 283/676 in the library of Gonville and Caius College, Cambridge. This manuscript contains a late twelfth-century Decretum together with glosses which reflect the teaching of the Decretum by Anglo-Norman canonists in Oxford in the 1190s, including John of Tynemouth and Simon of Southwell, both of whom were masters in Oxford at the time. The aim of my project is to discover more about the role canon law played in the dissemination of Christian ideas about Jews and Muslims in the twelfth and thirteenth centuries as well as shedding further light on the twelfth-century evolution of the Decretum into the text which was disseminated throughout Latin Christendom. 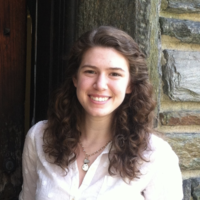 I am a Stipendiary Lecturer in Medieval English at St Edmund Hall. I also teach early medieval literature at Worcester, Trinity, and New College, and serve as a research assistant on the European Research Council-funded CLASP Project. My research focuses on the body — in sickness and in health, gendered and sexualized, abled and disabled — in Old English and Old Norse literature, and I am particularly interested in the intertwined histories of medicine and magic in the medieval North Atlantic. As Communications Officer for Oxford Medieval Studies for the 2020-21 academic year, I’m delighted to be your first point of call for medieval news and events in and around Oxford. 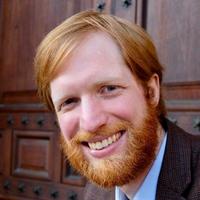 I share responsibility for books and other collection items at the Bodleian Library produced across Europe up to the sixteenth century. My research focuses on the innovations of medieval textual communities and their production, use, and circulation of books, particularly in the twelfth through fourteenth centuries. As part of this work, I make key historical sources accessible to everyone through creating new digital resources, especially critical editions and translations. I am also one of the coordinators of the Medieval Manuscripts in Oxford Libraries database, which aims not only to catalogue our manuscripts but to enhance the research data available for studying medieval writers, their works, and owners. 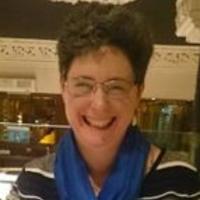 I am the Regius Professor of Ecclesiastical History in the Faculty of Theology and Religion. My main research interests lie in ecclesiastical history in the early middle ages. I have a long-standing interest in medieval monasticism, particularly the place of monasteries in the early medieval English Church and I have published also on medieval women in religion. Recently, I have begun a project on the Venerable Bede and am interested in setting the wide range of his writings (which encompass biblical exegesis, homilies, science, hagiography and the writing of history) in a broad patristic and early medieval context. My wider interests encompass the place of the Church within the societies of medieval western Europe, relations between Christians and pagans in the same period, the invention of the English as an imagined community, and historical writing in the early medieval West. 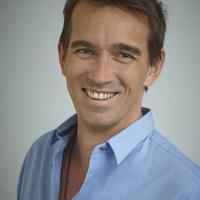 I am Professor of Global History in Oxford’s Faculty of History, Stavros Niarchos Foundation Director of the Oxford Centre for Byzantine Research, and Senior Research Fellow at Worcester College. I work on the history of the Mediterranean, Russia, the Middle East, Persia, Central and Southern Asia, and on relations between Christianity and Islam. I am particularly interested in exchanges and connections between regions and peoples. I specialise in the history of the Byzantine Empire in the 11th Century, and in the history of Asia Minor, Russia and the Balkans. I work on medieval Greek literature and rhetoric, and on diplomatic and cultural exchange between Constantinople and the Islamic world, western Europe and the principalities of southern Russia. 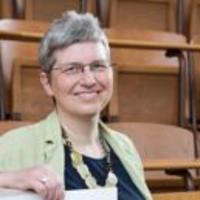 I am Professor of Medieval German Literature and Linguistics with an interest in the intersection of Latin and the vernacular, visual culture and text, materiality of medieval manuscripts and medievalism. My current research focusses on the devotional writing of nuns from Northern Germany, editing the largest cache of medieval letter writing in "The Nuns' Network" project with Eva Schlotheuber (Düsseldorf) and reconstructing the bilingual writing in the convent of Medingen. I took over from Sophie Marnette as one of the Directors of Oxford Medieval Studies in 2018. 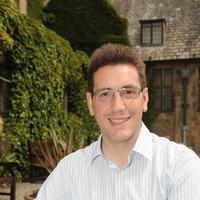 My research revolves primarily around medieval music theory and early modern music in Continental Europe (with a regional emphasis on Central Eastern Europe). I am a devoted palaeographer and critical editor. I also pursue research into other areas, especially German Romantic opera, music around 1900 (with a focus on Richard Strauss) and the history of musicology. I frequently engage in interdisciplinary research, reaching out especially to theology and art history. I serve as co-editor to Plainsong & Medieval Music, reviews editor for Archa Verbi: Yearbook for the Study of Medieval Theology and on the editorial board of the Journal of the Alamire Foundation and Music Theory & Analysis. In 2013 I was elected to the Academy of Europe (Academia Europaea). At the Faculty of Music, I mainly teach on the history of music from the Middle Ages and the early modern period, including palaeography and music philology. My tutorial teaching covers these subject areas, but additionally extends to other periods of music history. 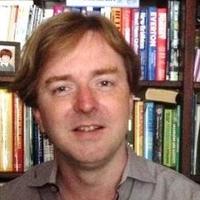 I work on Old English literature, in particular heroic poetry, biblical translation, and writing associated with King Alfred. I am the author of "The Dynastic Drama of Beowulf" (2020), and co-editor of "The Psalms and Medieval English Literature: From the Conversion to the Reformation" (2017) and "The Psalms in Anglo-Saxon and Anglo-Norman England" (2017). I am currently working on a monograph on voice in Alfredian literature and co-editing volumes on "Ideas of the World in Early Medieval England" and "Alfred the Great: Translation, Adaptation, Innovation". I was co-director of OMS from 2018–20. 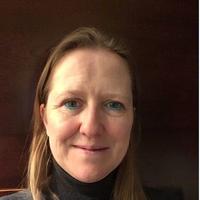 My research offers a linguistic and philological approach of literary issues such as the origins and evolution of medieval literary genres, the expression of narrative voice and point of view, the relationship between history and fiction, etc. My first book Narrateur et point de vue dans la littérature française médiévale : Une approche linguistique (Peter Lang, 1998) focuses on storytelling in the French Middle Ages and my second book Speech and Thought in French: Concepts and Strategies (John Benjamins, 2005) studies reported discourse in medieval literary texts as well as in contemporary oral narratives, press and literature. My current project is entitled Quoting her: Discourse, Gender, and Genre in Medieval French Short Narratives and proposes a fresh interdisciplinary approach (i.e. linguistic, narratological and literary) that takes reported discourse as a meaningful criterion, based on textual evidences, to examine how female characters' discourse is framed and how it is expressed in medieval French narratives. 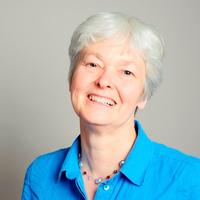 I am Professor of Medieval Intellectual History and a Fellow in Politics at Harris Manchester College. I work on the medieval Bible, as both a physical and intellectual object. This ranges from close technical work with manuscripts of Bibles, biblical commentary, theology and pastoralia, to the exposition of commentary and theology, to investigation of the intellectual milieu of the schools in which the Bible was studied – the people and the products of this early university system, from the twelfth century onwards. In particular, I explore the two-way link between the manuscript evidence and the intellectual evidence of these early schools – in modern terms, how technology affects what we learn and know, and vice versa. The study of the Bible has also led me to contribute to the study of medieval Jewish-Christian scholarship and relations 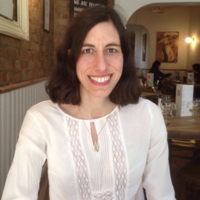 I am Associate Professor of Medieval Italian and Fellow of Somerville College, Oxford. I have written several articles on Dante and Petrarch and am the author of Landscapes of Desire in the Poetry of Vittorio Sereni (Oxford University Press, 2012). I am currently working on a monograph entitled Dante and Petrarch in the Garden of Language, and am co-editor, together with Manuele Gragnolati and Elena Lombardi, of The Oxford Handbook of Dante (forthcoming with Oxford University Press). My research focuses on the relationship between language and desire in the works of Dante and Petrarch. My broader research interests lie in the philosophy of language, critical theory, and the concept of lyric from the Middle Ages to the present day. 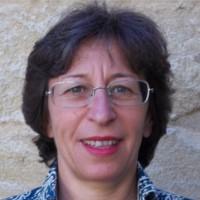 I am Professor of Medieval Philosophy, a Fellow of All Souls College, and a Fellow of the British Academy. My areas of specialisation include epistemology, metaphysics, and natural philosophy in the Middle Ages, and my research interests cover the reception of Aristotle’s philosophy in medieval sources. 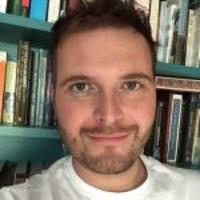 I am Associate Professor in Global Medieval Literature and Fellow in English Language and Literature at St Edmund Hall. I specialise in medieval Irish saga, Irish mythology, the intellectual and cultural relationship between the Celtic-speaking countries and the wider medieval world, magic and the supernatural in Welsh and Irish literature, and ecocriticism. I am also interested in and have published on the reception and afterlife of Celtic literatures in the nineteenth and twentieth centuries, especially in the Irish Revival. I have two published monographs, Fiery Shapes: Celestial Portents and Astrology in Ireland and Wales, 700-1700 (OUP, 2010), and Ireland’s Immortals: A History of the Gods of Irish Myth (Princeton UP, 2016). I am currently working on three books. The first, Celtic Magic, is collection of interconnected essays about enchantment in medieval Irish and Welsh literature, while the second is a comparative study of the work of the Irish poet W. B. Yeats and that of the Swiss psychologist C. G. Jung. The third is a popular book for Thames & Hudson on Celtic mythology.